National Hurricane Center: Next tropical storm could be days away 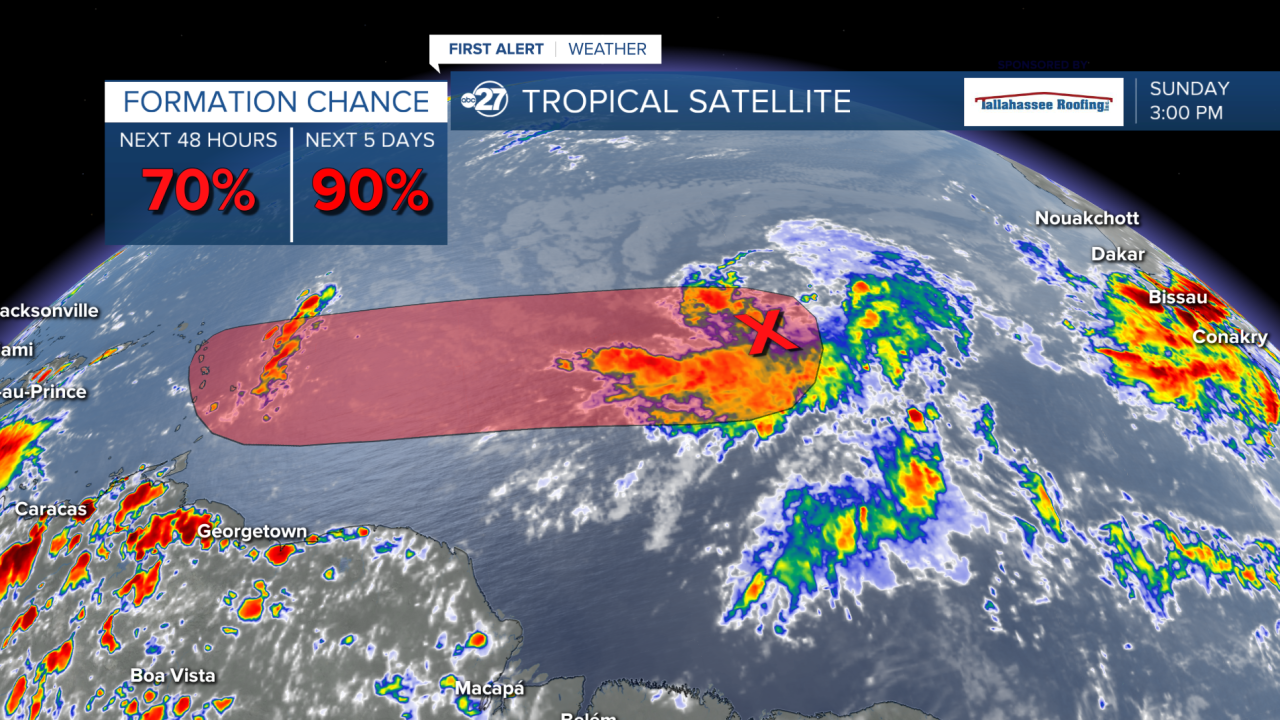 TALLAHASSEE, Fla. (WTXL) — We could see the ninth named tropical storm of the Atlantic Hurricane Season form within the next few days, according to the National Hurricane Center.

Meteorologists are watching a broad area of low pressure in the Central Atlantic. The system is not very organized but is producing showers and thunderstorms.

Meanwhile out in the Pacific, portions of Hawaii are under a hurricane warning as Hurricane Douglas slowly churns toward the state.