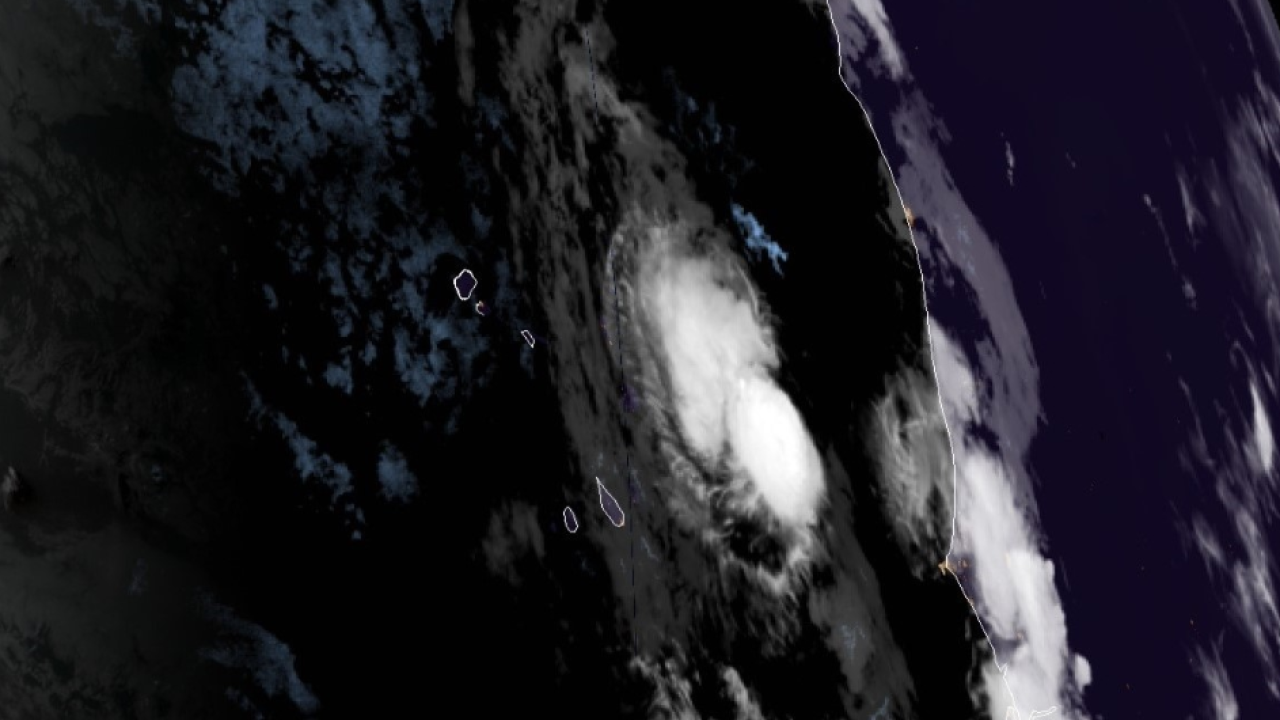 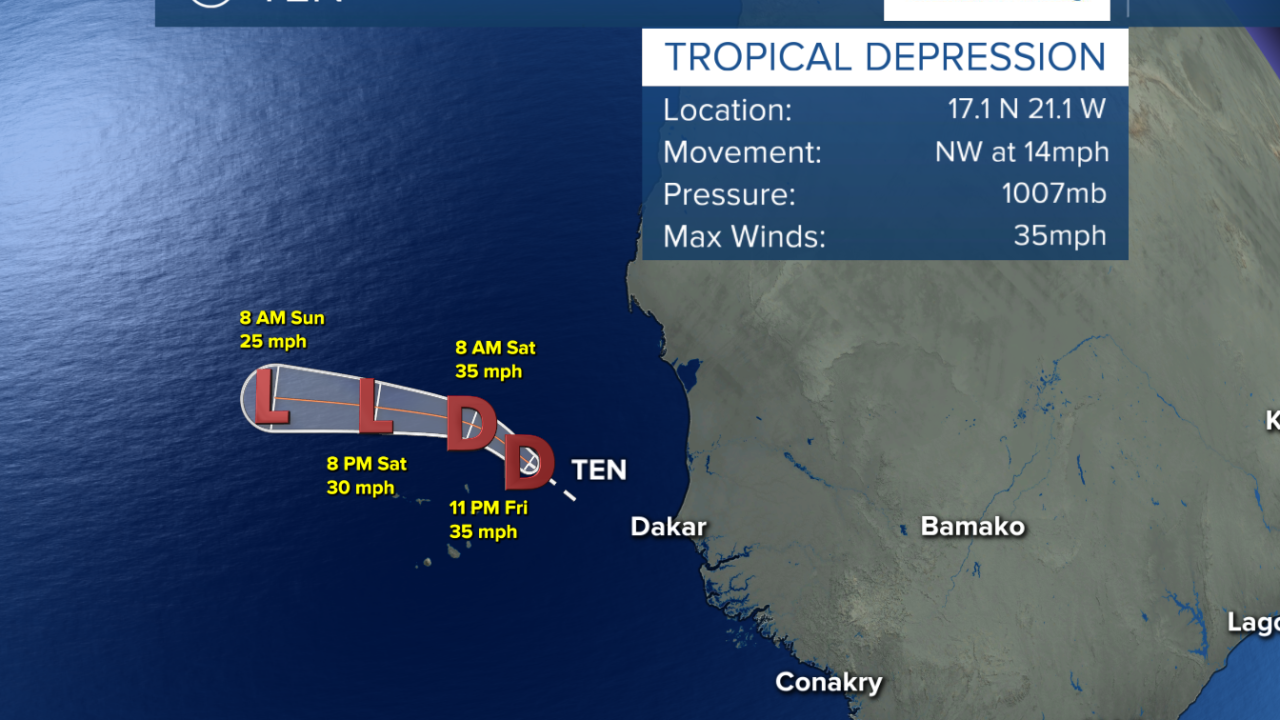 Thankfully, the National Hurricane Center expects the tropical system to be short lived.

A turn toward the west-northwest and west is expected on Saturday and Saturday night. On the forecast track, the center of the depression is expected to pass north of the northernmost Cabo Verde Islands Saturday. Maximum sustained winds are near 35 mph (55 km/h) with higher gusts.

A limited chance exists for the system to be a tropical storms, but generally, weakening is forecast to begin on Saturday and the system is expected to become a remnant low by early Sunday.

There are no coastal watches or warnings in effect.