(RNN) – Hours after Vice President Mike Pence formally announced the formation of the Space Force, Pres. Donald Trump’s re-election campaign asked supporters to vote on a logo that will be on a “new line of gear.”

The email sent Thursday afternoon contains six logos that will be placed on future Trump campaign merchandise. After voting for a logo, users are asked to enter their information and to donate to the Trump-Pence re-election campaign.

One of the logos reads “Mars Awaits,” although the proposal by the Trump administration does not include space exploration. Another logo looks remarkably like NASA’s logo. 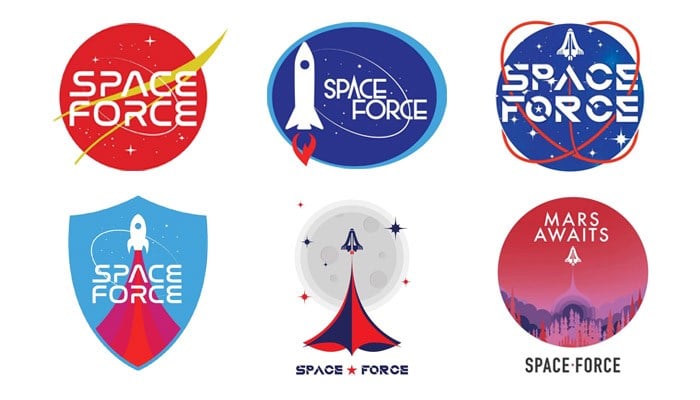 The Space Force will be a separate military branch that requires congressional approval.

According to the Associated Press, the Pentagon delivered a proposal to Congress Thursday that details plans to consolidate the Pentagon's warfighting space forces and make organizational changes to boost the acquisition and development of leading edge technologies.

Previously, Defense Secretary Jim Mattis opposed a new military branch because of the price tag; a new branch of the military would require bureaucracy, equipment, uniforms and more.

However, Mattis has now endorsed steps to reorganize the military's space war fighting forces and create a new command, the AP reports.