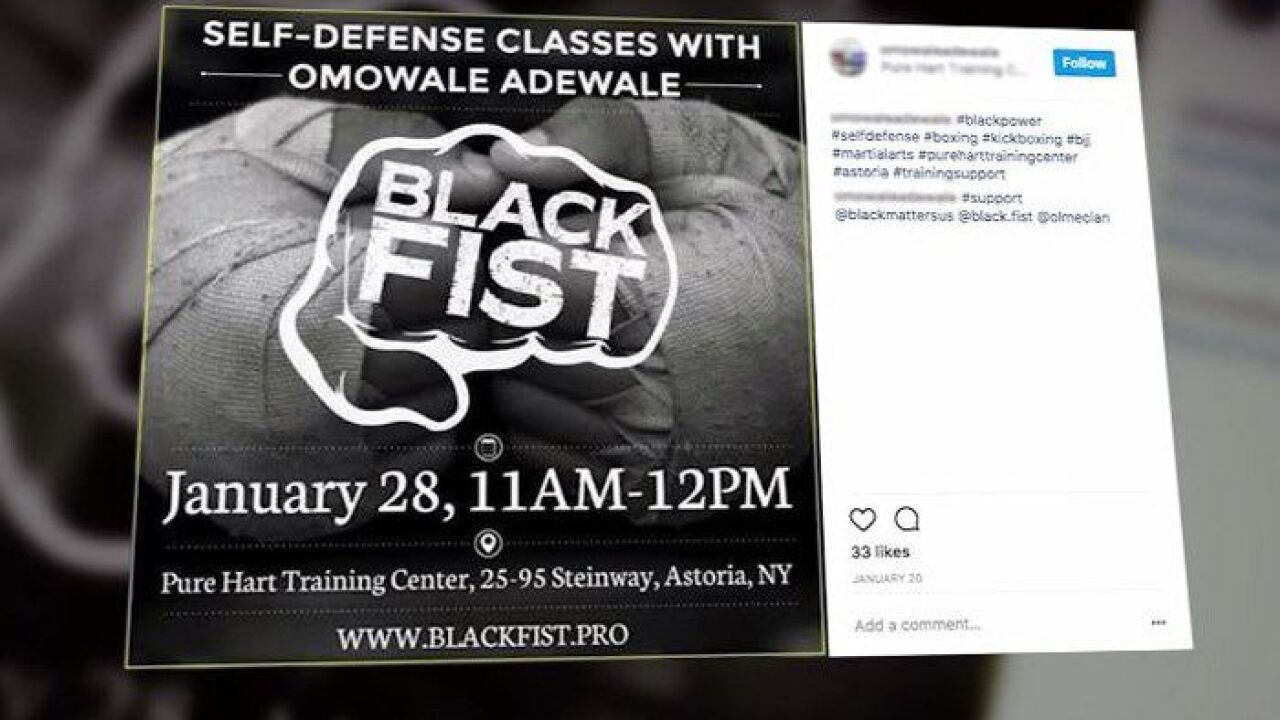 (CNN) - A group linked to the Russian troll farm behind thousands of fake Facebook ads paid personal trainers in New York, Florida and other parts of the U.S. to run free self-defense classes.

The group aimed at African Americans in an apparent attempt to stoke fear and gather contact details of Americans potentially susceptible to their propaganda.

In January, well after the presidential election, New York martial arts instructor Omowale Adewale said he was contacted by a group called Black Fist, saying it would pay him to hold free self-defense classes for members of the black community.

"Yeah. A lot of times I thought it was weird," Adewale said.

The money was good, $320 a month paid direct through Paypal and Google Wallet, to teach just four classes, and Black Fist promoted it.

What was also weird - no one from Black Fist ever showed up to meet him. His only communication was in texts and faraway sounding phone calls from a man named Taylor.

The digital trail suggests the contact on the phone was part of a Russian propaganda campaign seeking to stoke racial tensions and disrupt the U.S. political system.

The social media accounts connected to Black Fist are among the pages Facebook identified as coming from Russians, according to a source familiar with the matter. Links to those accounts appear on the Black Fist website.

Black Fist, which portrayed itself as an activist group seeking to empower Black Americans, was likely developed inside the Russian troll factory in St. Petersburg, Russia.

"Some of the things were sketchy, but at the end of the day, it's still fitness. It's just training people," Adewale said.

Black Fist said about its self-defense classes: They are "by black for black" and "let them know that black power matters."

Other personal trainers and classes promoted in other cities - Los Angeles, Lansing, Michigan. According to Eventbrite and other pages where classes were being publicized, there were dozens.

In Tampa, amateur boxer Chuck "Jetton" Jefferson says Black Fist found him through Instagram, offered to pay him $100 a class through Paypal.

He confirmed it was the same voice on the other end of the phone call, the same demand for videos to prove classes took place, that Adewale experienced.

Though the entire set up sounded odd, he's having a hard time understanding why Russians were behind it.

"So when you have somebody that is going to pay you to do something you love, it's hard to see it like a negative thing. It's hard to see it in that light," Jefferson said. "But I mean, like I said, it was weird. It was different."

The Russian magazine RBC first identified Black Fist, as well as dozens of other Facebook, Twitter, and Instagram accounts designed to look and act like real Americans. They say were all part of the Russian internet research agency and reached 70 million people weekly.