(RNN) – One person has died due to an E. coli outbreak linked to romaine lettuce, according to the Centers for Disease Control and Prevention.

In the CDC’s latest figures, the outbreak has resulted in 121 E. coli cases and 52 hospitalizations nationwide. It originated with romaine lettuce grown in the Yuma, AZ, region.

The death was reported in California.

Since an update last week, 23 more people have fallen ill and three more states have been affected: Kentucky, Massachusetts and Utah.

The outbreak now affects 25 states. When it was first announced last month, it was confined to just seven states.

The CDC is advising the public to “not eat or buy romaine lettuce until you can confirm it is not from the Yuma, Arizona growing region.” 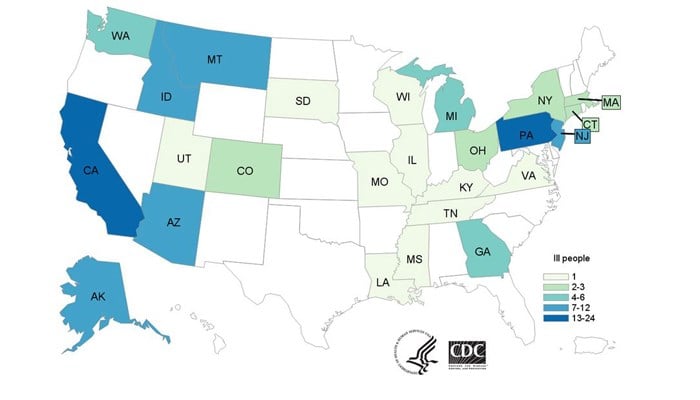