(RNN) - To sell the partner of a New York doctor on the benefits of a powerful opioid, two drug salesmen hosted a night on the town for them at a Manhattan strip club. 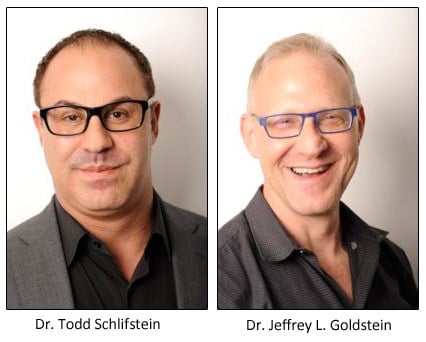 Dr. Jeffrey Goldstein and his partner, Dr. Todd Schlifstein, drank alcohol, visited the “private room,” and enjoyed lap dances. When the evening ended, the salesmen picked up the $4,100 tab, having set the stage to lure the partner into the drug company’s web of greed.

The salacious details of that 2013 outing were spelled out in a federal indictment against the New York City doctors and three others that was unsealed March 16.

They are accused of prescribing the opioid Subsys in return for kickbacks and bribes from Insys Therapeutics, the Arizona-based company that makes the highly addictive fentanyl spray.

In February, a Raycom Media national investigation identified Goldstein and Schlifstein -- partners at a medical spa that offers butt augmentations among other treatments -- as doctors who received hundreds of thousands of dollars in kickbacks from Insys.

The more Subsys they prescribed, the more the drugmaker would pay them in speaker fees, court records say.

The drug is intended for cancer patients with extreme pain that can’t be contained by other opioids. Goldstein, 48, and Schlifstein, 47, are not cancer specialists. 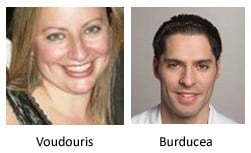 They represent a handful of doctors who have faced criminal charges for their roles in Insys’ scheme to trade fees for prescriptions. They were indicted in federal court in New York along with pain specialists Drs. Gordon Freedman and Alexandru Burducea and oncologist Dialecti Voudouris.

Law enforcement officials, attorneys general and medical experts have said that Insys ran a criminal enterprise to boost sales of its drug Subsys.

John Kapoor, the company’s founder and former chairman, was charged last year with racketeering and conspiracy to violate the federal anti-kickback law, which is designed to protect patients and health care programs from the corrupting influence of money. 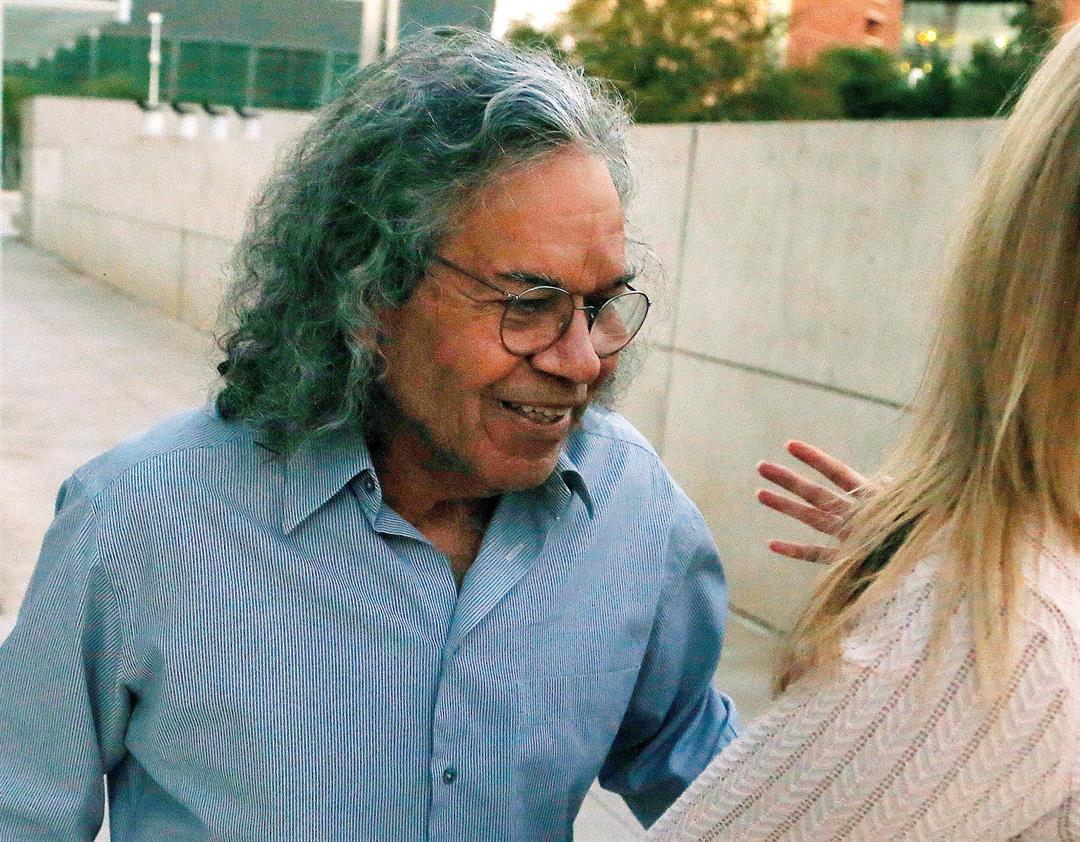 John Kapoor walks outside a courthouse where he is facing criminal charges for racketeering. He is the founder of Insys Therapeutics, which aggressively marketed the cancer painkiller, Susbys, to doctors. (Source: Associated Press)

Now Goldstein, Schlifstein and the three other doctors face similar charges that could land them in a federal prison for more than 30 years if convicted.

“These prominent doctors swore a solemn oath to place their patients’ care above all else,” Manhattan U.S. Attorney Geoffrey S. Berman said. “Instead, they engaged in a malignant scheme to prescribe fentanyl - a dangerous and potentially fatal narcotic 50 to 100 times more potent than morphine - in exchange for bribes in the form of speaker fees.”

They schemed, he said, “to use their patients as an instrument for profit.”

Insys, identified in the indictment as Pharma Company 1, corrupted a legal program that allows doctors to receive payments from drug companies for speaking to medical professionals about the benefits of certain medicines.

Insys used the program to encourage and reward doctors who prescribed high amounts of Subsys. The more they prescribed, the more events they were invited to speak at. The doctors could earn as much as $3,000 per event.

In a written statement released Monday, Insys said it is making changes:

“The company continues striving to take responsibility for inappropriate actions of some former employees and has invested significant resources over the last several years to establish an effective compliance program and build an organizational culture of high ethical standards,” the statement says. “Intending to learn from past events, we also continue working with relevant authorities to resolve issue related to inappropriate actions taken by former employees.”

Dr. Burducea’s attorney said his client has pleaded not guilty. ?"He’s back at work and we are hopeful for speedy trial," said Nicholas Kaizer.

He must provide weekly reports detailing the prescriptions he has written to federal investigators.

The other indicted doctors, all of whom have surrendered their licenses to prescribe controlled substances, either did not return phone calls or could not be reached for comment.

Before joining Insys’ speaker program, the five doctors rarely – if it all – had written a prescription for Subsys. But by the end of 2015, all had been among the top prescribers in the country at some point during their involvement in the fee-for-speaking program.

Of the top 20 medical personnel recipients of Insys payments from 2013 to 2016, all but one had active medical licenses in their state as of mid-February, according to Raycom Media’s investigation.

Goldstein’s and Schlifstein’s licenses remain active in New York. A spokeswoman said the state medical board cannot comment beyond that.

Raycom Media’s analysis of federal records found that over a four-year period, Insys paid $18.7 million to more than 13,000 doctors for food, consulting fees and travel.

Half of the Insys payments went to physicians specializing in cancer or pain treatment. The rest of the payments - worth $7.6 million - went to doctors such as psychologists, sports medicine physicians and a marriage therapist. Among those non-cancer doctors are Goldstein and Schlifstein.

Goldstein spent two years as an Insys speaker. Before joining the fee program in 2013, he had written only one Subsys prescription since it was introduced the prior year.

By 2014, he was the sixth highest Subsys prescriber in the U.S.

But his relationship with Insys was not always rosy. At one point, when the drugmaker learned that Goldstein was writing prescriptions for drugs from a competitor. The Insys sales rep ordered him to stop or be dropped from the company’s speakers’ bureau.

“Goldy just had third kid…so he needs $$$,” a regional sales manager texted to an Insys corporate official, according to the indictment. Shortly thereafter, Goldstein switched his patients on the competitor’s drug to Subsys.

An Insys sales representative worked from Goldstein’s office and posed as an employee to persuade insurance companies to pay for Subsys.

The sales rep also picked up the tab, charged to an Insys’ vice president’s credit card, for the office Christmas party. The cost: nearly $2,100.

Goldstein’s speaking events also included $600 dinners at casinos in Connecticut and New Jersey with his wife and an Insys salesman. Another occurred at a nightclub that cost more than $2,000. Federal agents also said that Goldstein drank heavily and used marijuana and cocaine with his staff during the speaking events.

In 2014, Freedman was the highest paid doctor in the speaker program. He, Goldstein and Schlifstein helped recruit Burducea and Voudouris, the only cancer doctor among the group. She had never prescribed Subsys before a sales rep asked her if she was interested in joining the speak for fee program. Eventually, she was ordered by Insys to write at least one prescription every day for the fentanyl spray.

By the spring of 2015, Voudouris had become the tenth highest prescriber in the program. Her prescription-writing habits were so prolific that in just one four-month period, she earned more than $581,000 for Insys.

“A series of doctors were convinced to push aside their ethical obligations and prescribe a drug for profit,” said William F. Sweeney Jr., the assistant director in charge of the FBI. “Doctors and medical professionals everywhere should be reminded . . . that the health and safety of their patients is not for sale.”

(Click here to read how Raycom conducted their investigation.)

Other stories in the series:

If you want to share your experiences with opioids or any doctors, send us an email to pills@raycommedia.com

Copyright 2023 Scripps Media, Inc. All rights reserved. This material may not be published, broadcast, rewritten, or redistributed.