Dismembered feet keep washing up on the shores of British Columbia

Photo: Josh Gateley
Dismembered feet keep washing up on the shores of British Columbia
By: Ed Payne
Posted at 1:56 PM, May 15, 2018

For the 14th time since 2007, a dismembered foot has washed up on a beach in British Columbia. It was found on Gabriola Island, about 40 miles west of Vancouver.

“We are investigating a found human foot inside a boot,” Andy Watson with the British Columbia Coroners Service said. “Our investigation will look to determine who died, by what means, when and where.”

The foot was found earlier this month.

“On May 6, just after noon, a male was walking the beach near South Road, when he discovered what appeared to be a disarticulated human foot inside a hiking boot, lodged in a logjam,” the Royal Canadian Mounted Police said.

Nine of the 14 feet found have been identified so far, including the most-recent case, Watson said. 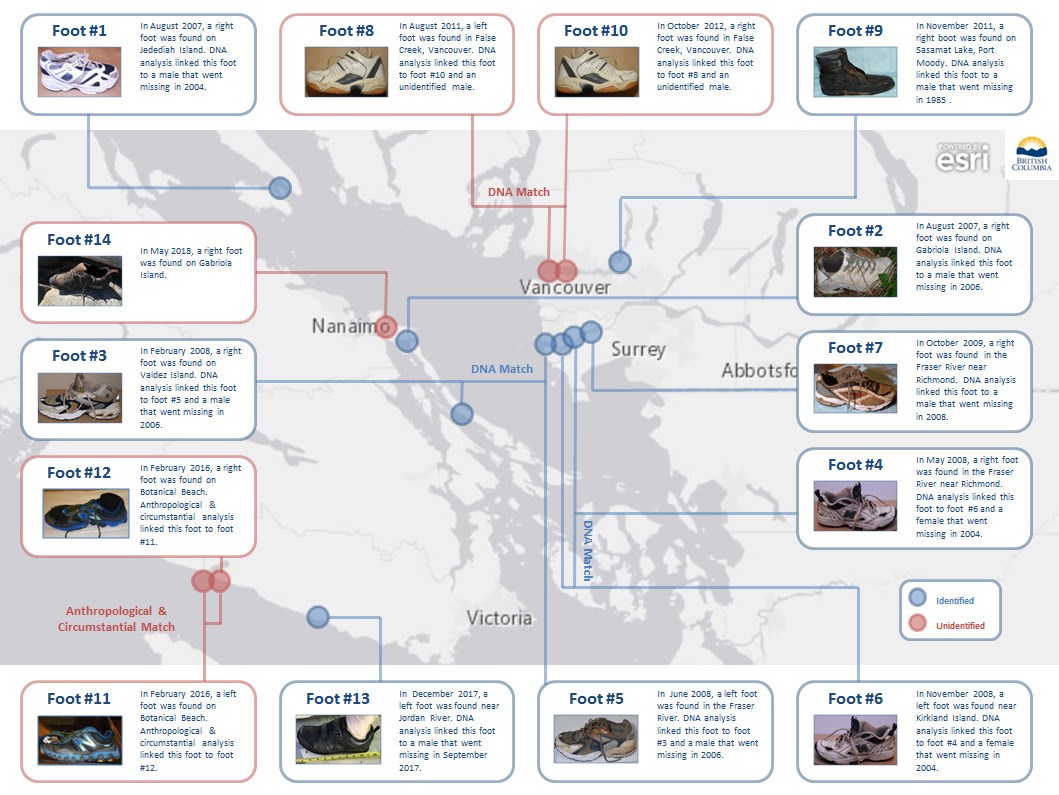 Police say foul play isn’t suspected in any of the cases up to this point, according to Radio Canada International.

The remains are believed to be from either suicides or accidental drownings.

So why do the feet continue to wash up in British Columbia?

It could be a combination of things, authorities say.

First, the currents around Vancouver Island could help keep the feet from washing out to sea.

Second, all the dismembered feet came in a shoe or a boot, which helps keep them afloat until they reach shore.