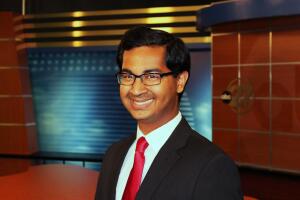 Stephen Jiwanmall joined WTXL ABC 27 in April 2015 as a multimedia journalist. Previously, he worked as a video reporter for three suburban Philadelphia newspapers. Stephen earned his M.S. in broadcast journalism from Columbia Journalism School and his bachelor's degree in communications from La Salle University.

Stephen earned state and national awards for a 2014 series discussing transgender issues after the suicide of a local teenager.

A lifelong Philadelphian, Stephen is a diehard Philly sports fan and cheesesteak lover. This is his first time in the South and looks forward to making Tallahassee his new home.