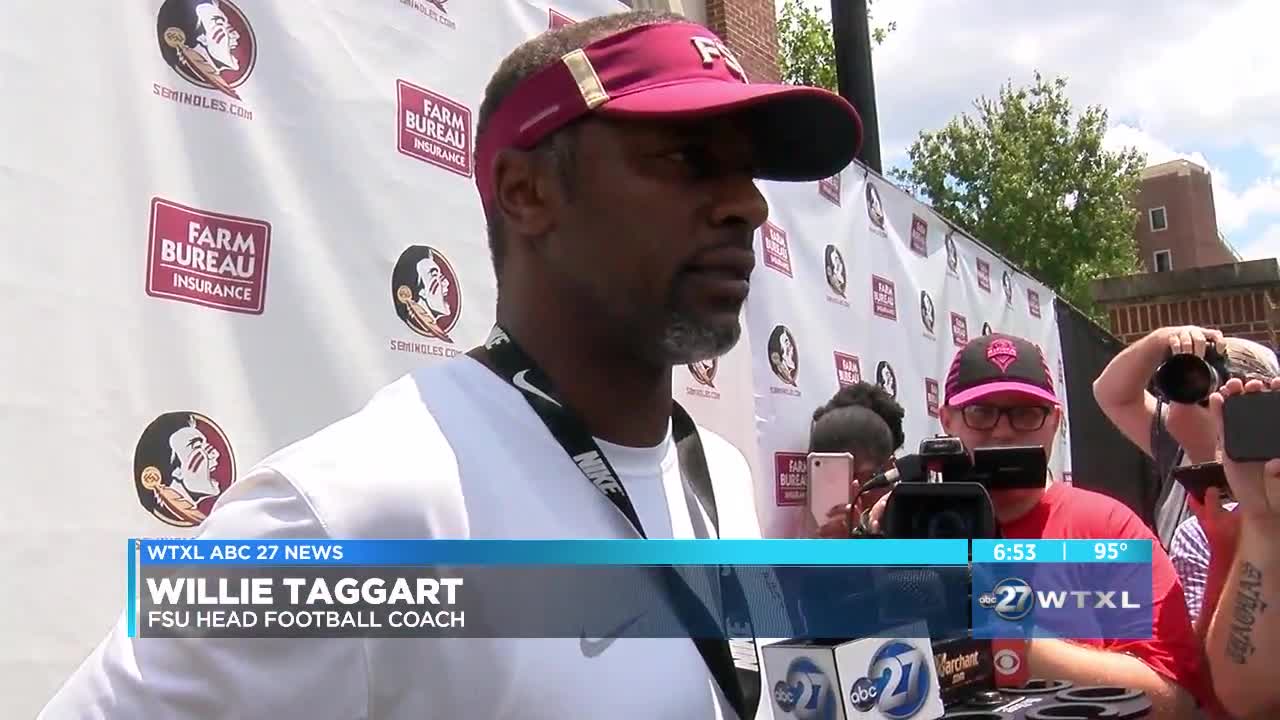 TALLAHASSEE, Fl. (WTXL) — Week two of fall camp for Florida State began on Friday. Head Coach Willie Taggart addressed the media about his team, but before doing that, he talked about a man who had an impact on him in college and on his coaching.

That man was Darryl Drake. The Pittsburgh Steelers' wide receivers coach passed away early Sunday morning. Drake was hired by the Steelers at the beginning of 2019.

Coach Taggart sent his sympathies to Drake's family and the Steelers organization. He also said that he's known Drake since his college days. "We both went to Western Kentucky University and he's someone I leaned on a lot. My coaching profession as I got going, he helped me tremendously," said Coach Taggart. "A great coach who touched a lot of people and I know it's a sad day for all that knew him."