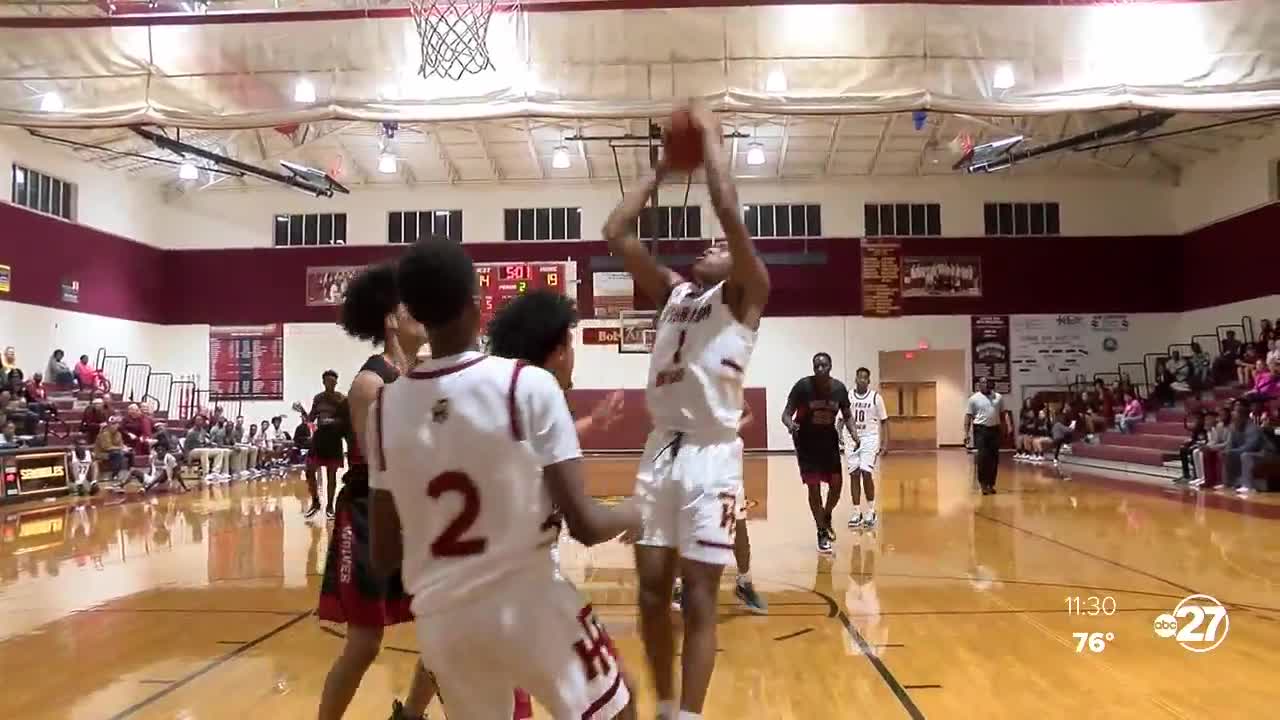 In basketball, the shot clock is the amount of time a team has to score, but in high school there is an age-old debate on whether to play with it or not.

TALLAHASSEE, Fla. (WTXL) — In basketball, the shot clock is the amount of time a team has to score, but in high school there is an age-old debate on whether to play with it or not.

Currently, just eight states nationwide play with a shot-clock. Neither Florida nor Georgia do, but area high school coaches want to change that.

More strategy, a faster paced game, less stalling. All reasons high school basketball coaches are pleading for the addition of a shot clock at the prep level.

"The shot clock was started in the NBA, and it was all for the same reasons," said Charlie Ward, Florida High head boys basketball coach.

Ward took over the reigns of the Florida High basketball program in 2018.

As a former stand-out at Florida State and in the NBA, he knows all about the shot clock , and he wants to play with one at the high school level.

"The game is going to be faster," said Ward. "You have to make decisions faster, but that's why we practice, so we can prepare our guys for whatever the rule changes are."

Ward isn't the only coach who wants to see a change.

"I don't see the downside to adding the shot-clock at all," Thomasville head boys basketball coach Ben Tillman said.

Tillman has coached at Thomasville High School in Georgia for over a decade, winning a State Championship in 2018.

"I think that we should follow the pattern of our next level," said Tillman. "That's how basketball and all sports should be. They have play clocks in football, all sports are moving to that arena. Why not basketball?"

In the Georgia High School Association, there is currently a proposal to add shot clocks permanently with a three year phase-in plan.

In the Florida High School Athletic Association, to change a rule is a two year process that could be started after next year's basketball season.

No matter how long it takes, coaches agree it's something that needs to be done, and that's a sentiment echoed at the collegiate level too.

"It's certainly an added element that high school seniors, when they have exposure to it, guys that play at high level prep schools, the guys that played with it before, they have a significant leg up when they get to college," said Zach Settembre, Tallahassee Community College head men's basketball coach.

That's one of the biggest reasons that coaches at the high school level want to add one.

"Since this has been something that has been talked about on the outside but hasn't made it to the table," said Ward, "I think it's time to start talking about it and start working out the nuances of getting it implemented."

A lot of opposition comes from training someone to run the shot-clock, which Ward, Tillman and Settembre agree isn't hard.

Installing a shot clock can get pricey.

Ward said he's already talked to a leading score-board company who is putting together packages to give options to schools.