Tallahassee diver shows age is nothing but a number 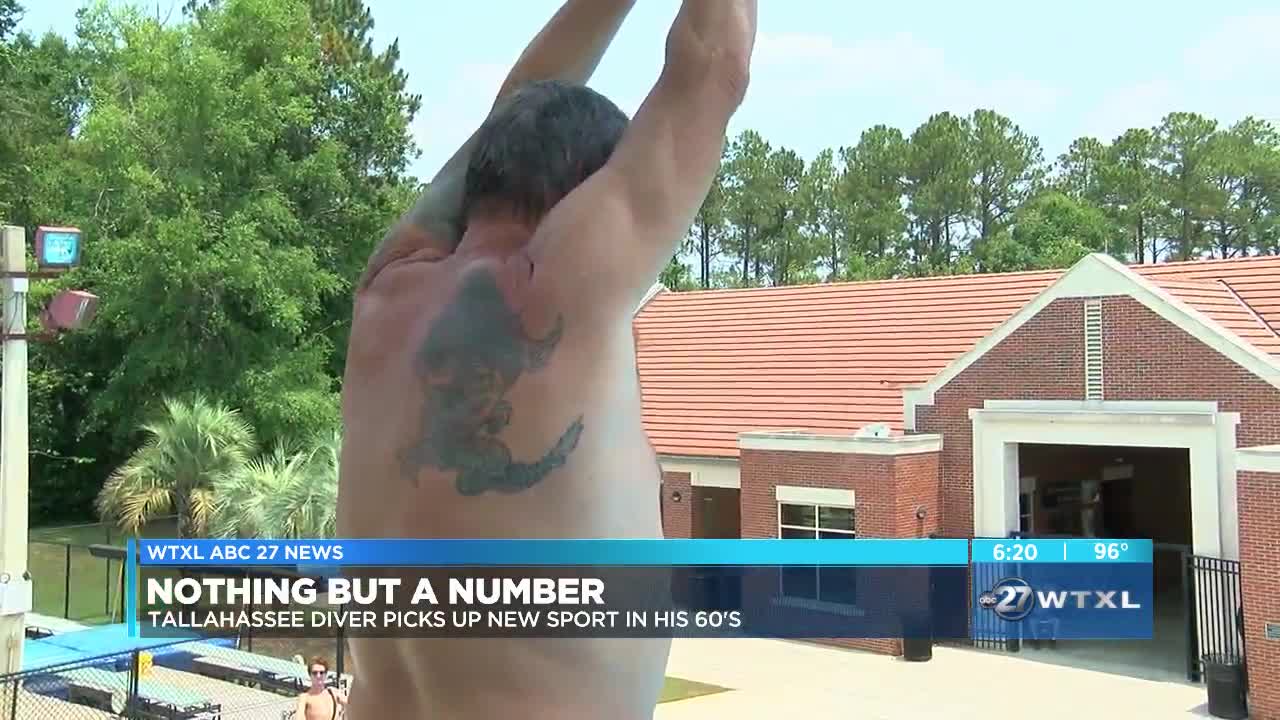 "Some guy just comes up to me and he's like, I brought a Groupon for diving, and I'm really interested," remembered Tomahawk Diving head coach Chelsea Ale. "I was like okay, that's fine! I was really confused."

"She ended up honoring the coupon although when I read it later, it was for people 8 to 15 or something like that," added Hays.

"I thought he bought it for one of his grandkids, but then I realized it was for him, and I was like okay perfect!" laughed Ale.

63 years old - the perfect time to pick up a new hobby.

"You know I like to challenge myself. I've done triathlons, and running, and long distance bike riding but I'd never done anything that required coordination and flexibility at all,"said Hays. "I thought it'd be interesting."

"Throughout the country, a lot of master's divers, the oldest ones I think are in their 90's, but they don't start that late," said Ale. "Most of them don't start that late. They did it when they were younger, and then they stopped diving, and then they picked it up later on. To start a sport that acrobatic later on in life is not normal, but he's done a great job at it."

The praise not limited to the pool, as Hays done a great job being a leader to his younger teammates.

"We all help each other out. He's around the pool so much, and he's just so nice to us and he's basically become our grandpa," said Tomahawk diver Colette Bell.

"If I can add anything at all, I'd like to feel like I can contribute a little bit," added Hays. "I had no ability what so ever, none! I'm having a lot of fun and doing a lot of different things. I don't know how good I'll be, but I'll always be better than I was."

For more information on how to pick up diving, check out Tomahawk Diving's website here: https://www.tomahawkdiving.com/about