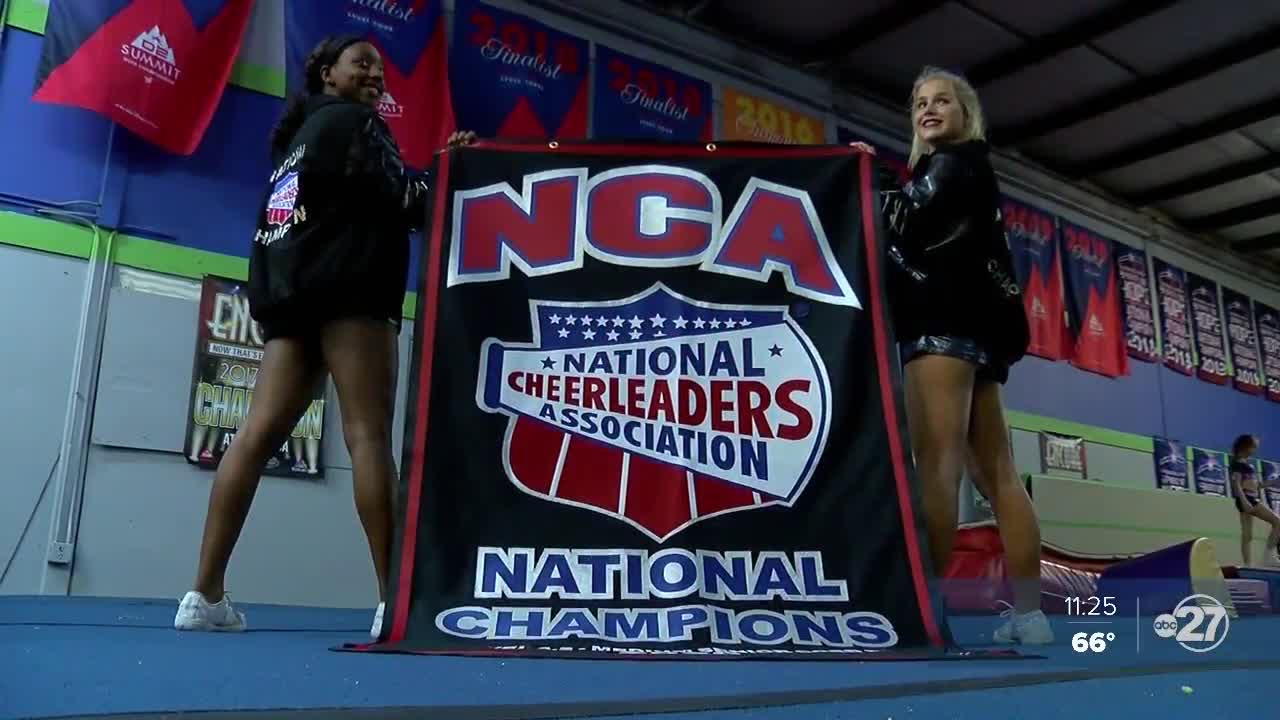 For the second straight year, Cheer Nation Athletics in Tallahassee had a team finish on top, and this year's squad has quite the story in getting there.

TALLAHASSEE, Fla. (WTXL) — For the second straight year, Cheer Nation Athletics in Tallahassee had a team finish on top, and this year's squad has quite the story in getting there.

In the world of cheerleading, the National Cheer Association Nationals is one of the most prestigious competitions in the country.

"We were a 'senior small three all girl team,' and we decided it was time to change divisions," said Coach Dana Brown, owner of Cheer Nation Athletics.

A new approach, a fresh start was just what the doctor ordered. They added a guy to the roster.

"I was actually coaching a tumbling class and Coach Dana pulled me aside and said, 'hey can you try this stunt?' And it hit," Tyler Fryson said. "And it was like, 'great, do you want to be on the team?'"

"For this team, a lot of these girls really had been doing this for a long time and wanted to feel the joy of the win," said Brown. "At that point, they were like, 'if that's our best chance of coming out on top, let's do it.'"

They switched to a different division, and in three weeks time, won their first competition at Cheer Sport. Two weeks later they were NCA National Champions.

"In the seven years of Cheer Nation history, we've never changed a team in the middle of the season," Brown siad. "It's been a lot of hard work. I know for everyone, it was kind of like, finally."

"Seeing Coach Madi cry and Coach Dana cry was the best thing ever," Royalty cheerleader Haven Gammill said. "We were all crying!"

They were tears of joy from the result of a lot of hard work.

"We knew we did not go all the way down there to disappoint," said Fryson. "We wanted to go down there, hit our routines and that's what we did."

"The team backed us up and, at first, there was a little resistance, but once they knew why we were making the decision, it really felt good they were on board with it too," said Madison Barfield, Royalty coach.

And they have the trophy to prove it.

Cheer Nation Athletics has five total teams. Three of them competed at NCA's. Royalty won, another team finished first, after one of their opponents was disqualified, while the third team finished second.