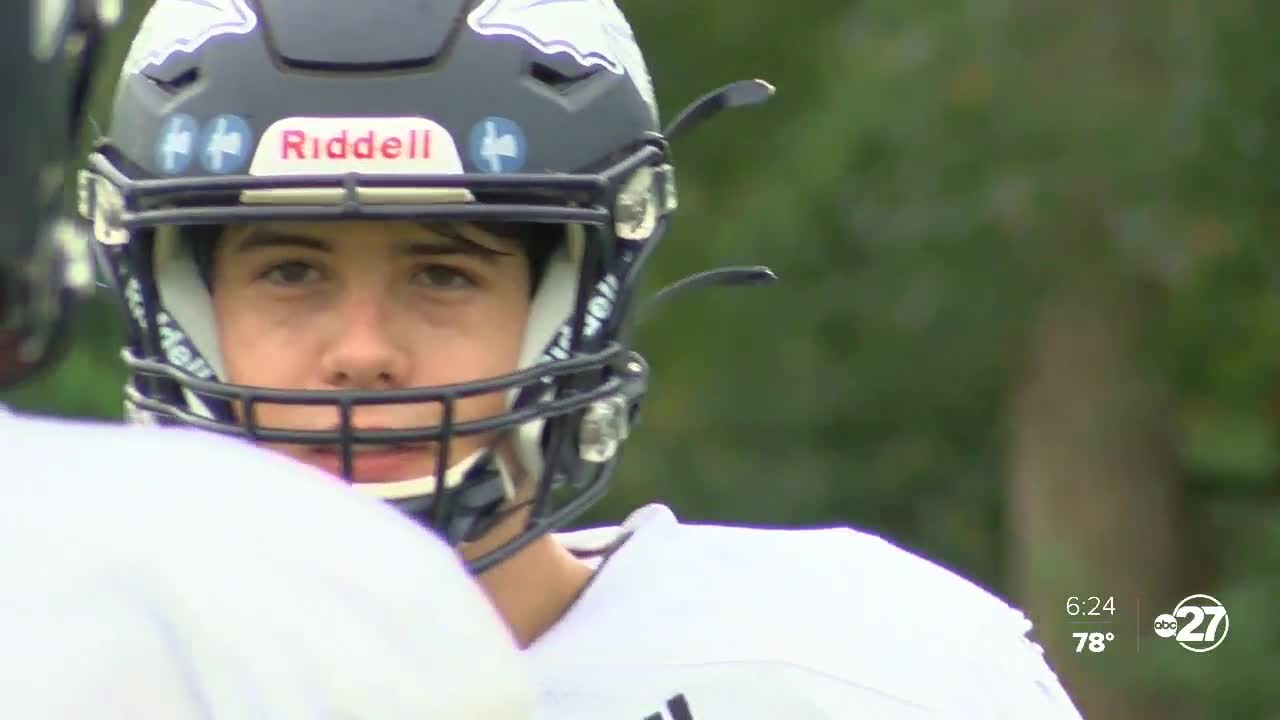 Nathan Yokley is a guy the Brookwood football team has come to count on in all three phases of the game. He's also a guy you can count on on the soccer pitch, the basketball court, and in the classroom.

THOMASVILLE, Ga. (WTXL) — Nathan Yokley is a guy the Brookwood football team has come to count on in all three phases of the game. He's also a guy you can count on on the soccer pitch, the basketball court, and in the classroom.

Brookwood's Nathan Yokley is this week's ABC 27 Scholar Athlete of the Week.

Brookwood's head football coach Shane Bogs has had his eyes on senior Nathan Yokley for a long time.

"We have a fifth and sixth-grade team, and then middle school and now at the Varsity level," said Bogs.

From fifth grade to his senior year, Yokley has been a force on the football field in every phase of the game.

"I've never had a guy do all the things he's done," Bogs said.

"It's exciting, it's something I look forward to every week," said Yokley. "With my teammates, just getting hyped in the locker room with the music on, just ready to go out to battle. It's fun."

It's a battle he's thankful to fight. As a multi-sport athlete, Nathan's Junior year soccer season was ripped from him thanks to COVID-19, which makes his final football season a little more special.

"I'm going to put 100 percent in each game knowing that it could be taken away from me," Yokley said.

"Physically he's a very different player," said Bogs. "He was always a great athlete but if you look at him right now, he's worked so hard in the weight room. He's faster, he's bigger, he's stronger. I think all of us appreciate it more based on losing several months."

Through the adversity, Yokley continued to shine in the classroom, he has a 4.0 GPA.

"Some nights it's really hard to keep up with the work but I'd rather be playing sports and keeping work up at the same time to balance it out I guess," Yokley said.

A balancecYokley perfected and wouldn't want any other way.

Sports teams that love to have Yokley playing for them.

Yokley said he hasn't given up the idea of playing football at the next level and wants to major in business.