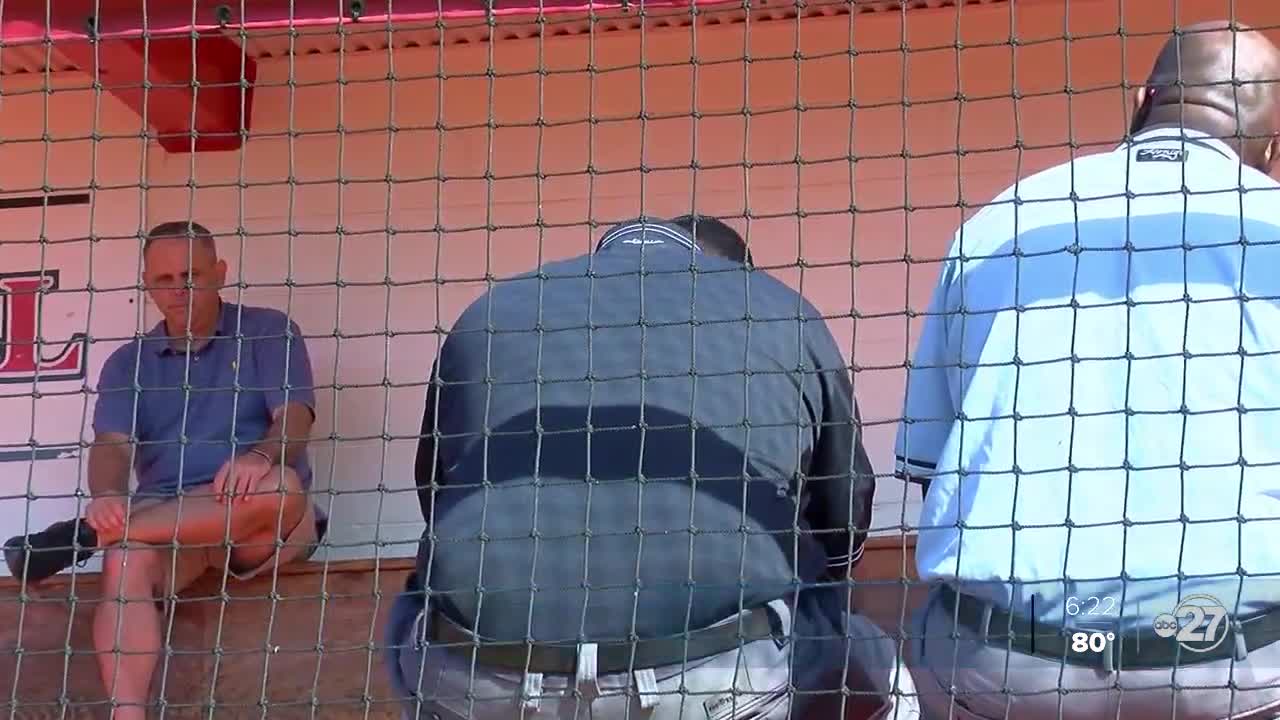 TALLAHASSEE, Fla. (WTXL) — With sports canceled or postponed for the foreseeable future, a lot of people find themselves out of a job. Umpires are included in that equation, and without an income, these men and women are trying to navigate through an uncertain future.

"Now at night, instead of calling and talking about a rule interpretation or a weird play that took place, you're calling to check on one of your buddies across the Southeast that's struggling," said Scott Harris, an umpire who calls games at the high school and collegiate level.

Harris isn't sure what he's going to do over the next couple months. Umpiring is what he does. It's a passion.

"I've been blessed and fortunate to be able to able to do this to earn an occupation and a livelihood. Now that's gone."

"It's about $10,000." Dwayne Jefferson has been umpiring close to two decades. He too, is looking for the next move.

"Going to have to find another to create some type of income and almost reinvent myself," he said.

"When they shut down colleges, I got scared," added Ernest Fobbs. "I have an older brother that we have a side business and so it'll pretty much force me to become an installer now."

Fobbs umpires full time. For him, it's no games, no income, but no matter how hard it gets, this trio is leaning on each other for support.

"Everybody just can't run around scared, better grab some faith," said Fobbs. "Have some hope."

"It's a tough time for everybody, not just myself, not just umpires, every person walking the face of the earth," added Harris. "We're all facing some trouble right now, just have to keep grinding."

Umpires cannot collect unemployment, it's a 1099 occupation. They get paid for services rendered. To put it into perspective, across Florida and Georgia, there are over 54-hundred total officials across 13 spring high school sports. All of those people are currently out of a job.