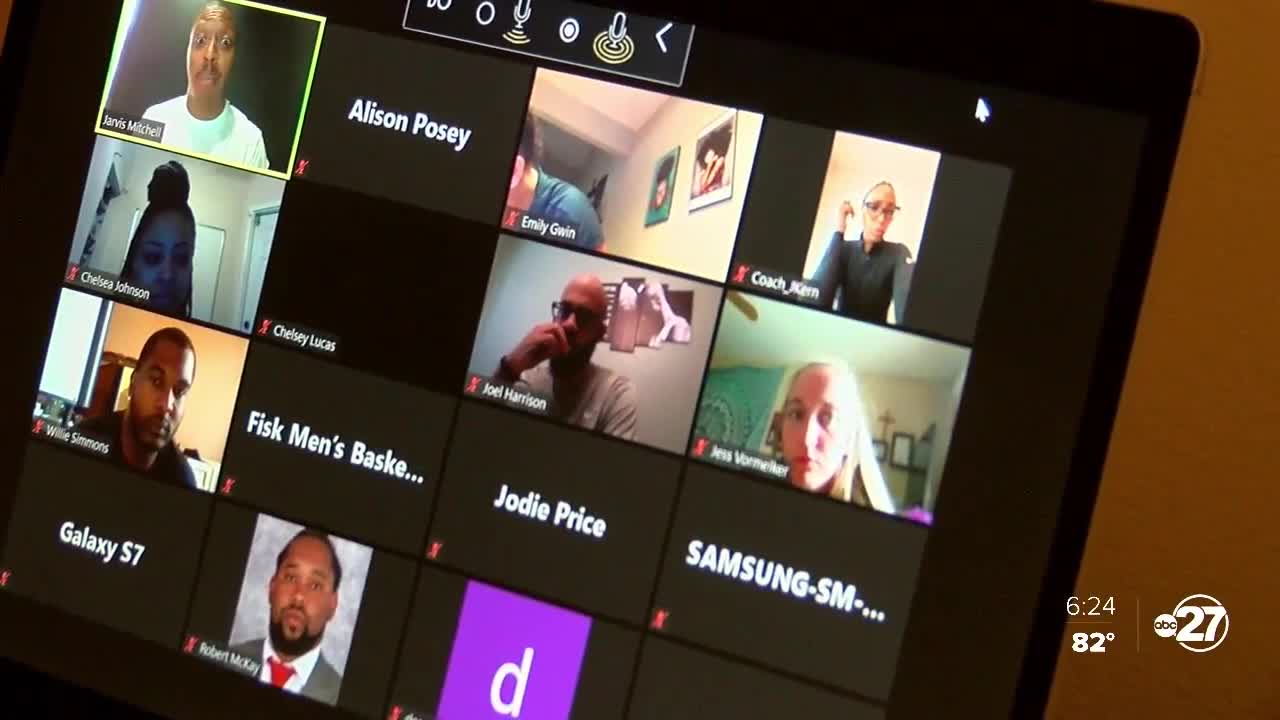 Zoom meetings have become a way of life for everyone, and coaches are no exception as they continue to keep life as normal as possible for not only their athletes, but each other.

TALLAHASSEE, Fla. (WTXL) — Zoom meetings have become a way of life for everyone, and coaches are no exception as they continue to keep life as normal as possible for not only their athletes, but each other.

Why not do a coaches bible study with other coaches?

Her idea took off with nearly fifty coaches from across the country joining.

Every day for the last week they've met, and the conversation, for Johnson Muir, has been so helpful in a time like this.

"This has been so awesome, I think for all of us," said Johnson Muir. "Because the other part, it's done, and I feel, I'm at the high school arena, that college coaches are so far beyond out there, that college coaches are afraid to talk to us. That's not the case. It's allowed us to cross barriers and talk to people we wouldn't of had a chance to talk to. It's helped to talk to people who get it, who are in the trenches, who are missing their athletes just like you."

The response has been so overwhelming the group added an extra day of fellowship. Instead of ending on Sunday they'll end Monday.

Florida High junior soccer player Hope Ward was scheduled to perform at Centre Pointe Health & Rehabilitation in Tallahassee, but because of the coronavirus she couldn't be there in person.

Instead, she gave a virtual viola performance through an iPad.

She also delivered 200 holiday notes to the facility to be given to the residents and encourages other students to send cards to the center as well.