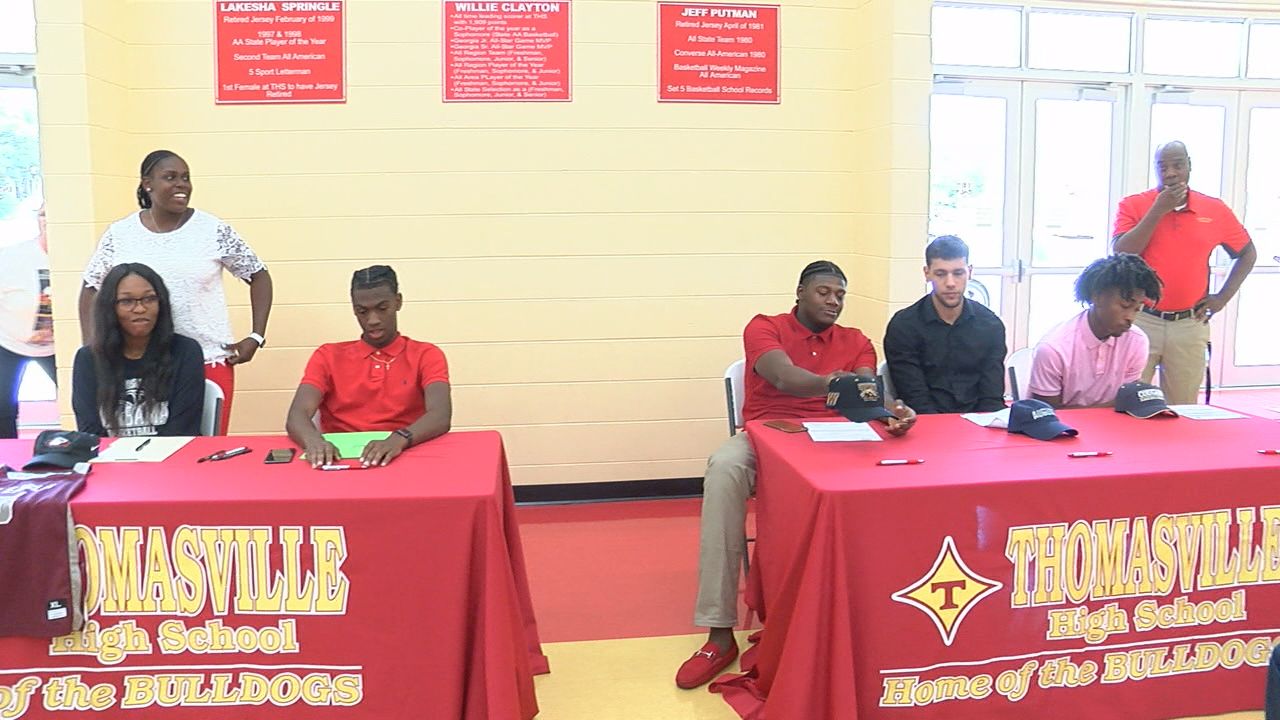 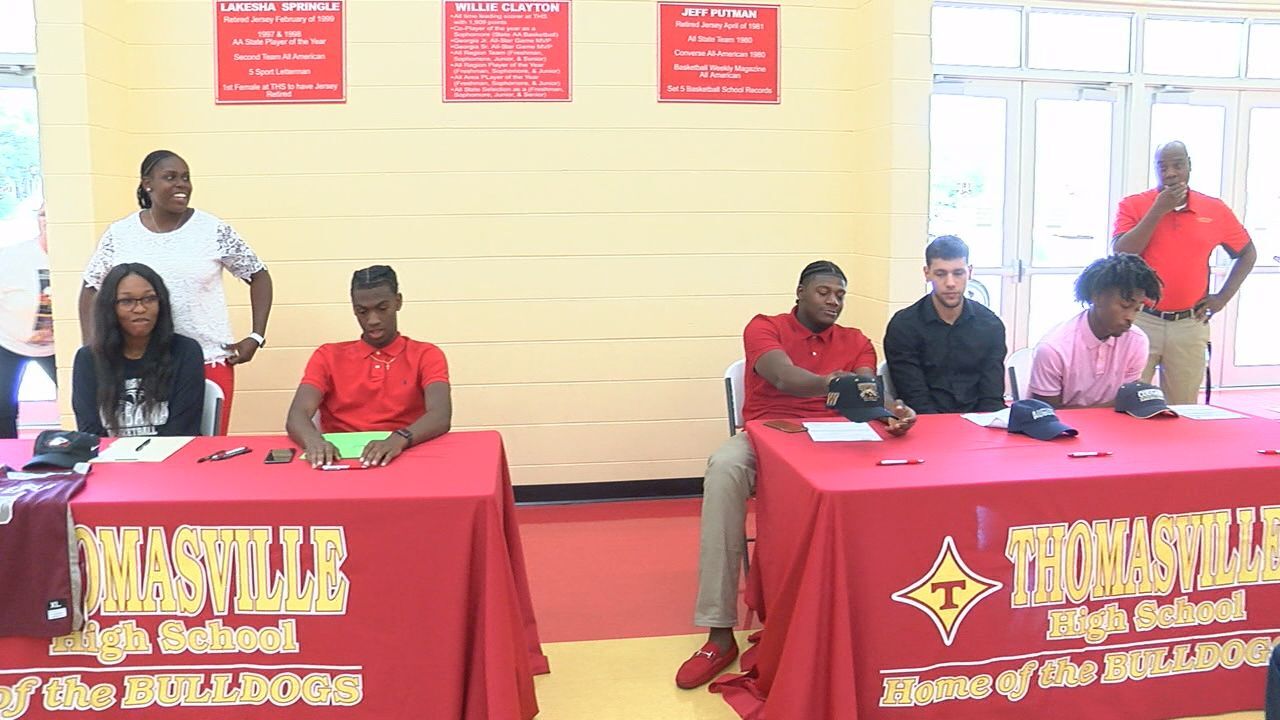 THOMASVILLE, Ga. (WTXL) - Both the Thomasville High School boys and girls basketball teams have had a lot of success over the past couple of years. The boys with that first State title in school history in 2018, and on Thursday, both teams celebrated the signings of several of their athletes.

There were a lot of smiles Thursday, and they come from the result of a lot of hard work.

"We all grew up together, playing together, except for Osjha, but we've all been going to school together," said Wright. "It was nice. We started together we finished together."

"For the last four years, I knew all of them, I grew up with them!" laughed Dent. "For them to sign with me, it's awesome. I'm ready to play!"