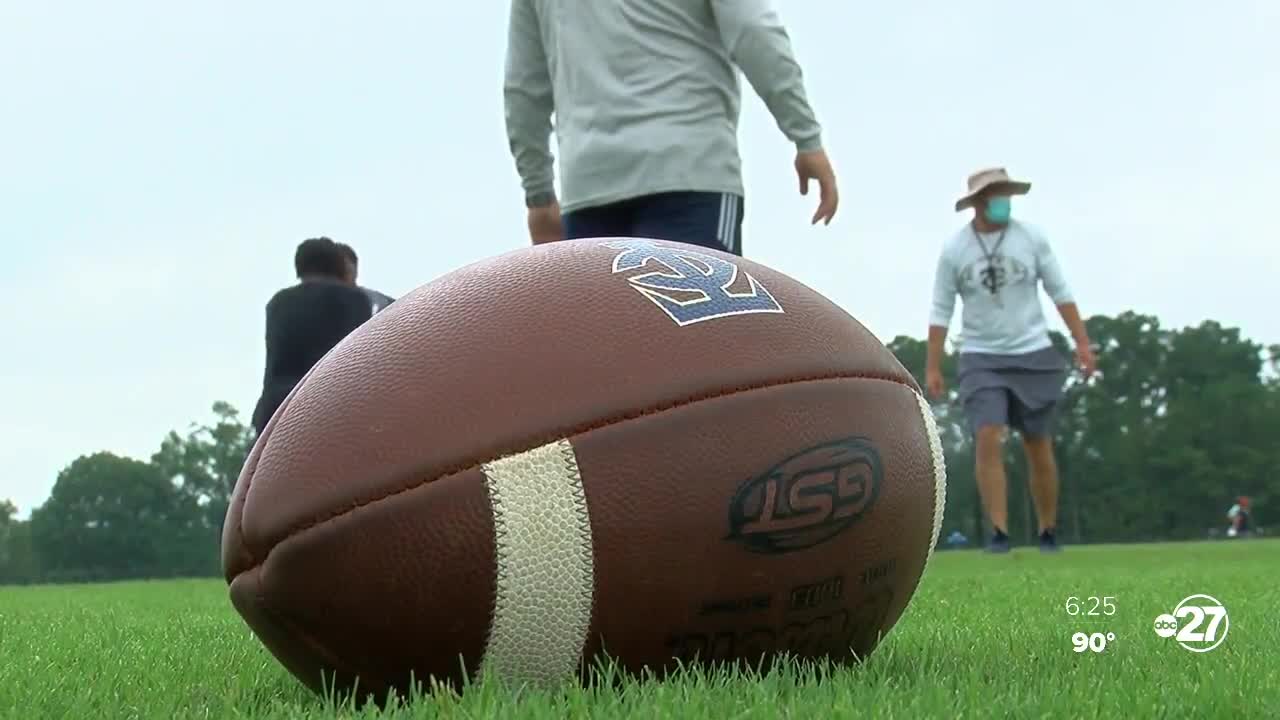 Imagine preparing for a season you don't even know will happen. That's the reality for high school athletes across the country right now.

THOMAS COUNTY, Ga. (WTXL) — Imagine preparing for a season you don't even know will happen. That's the reality for high school athletes across the country right now.

At Thomas County Central the Yellow Jackets are focusing on controlling what they can, including staying optimistic and getting ready for the upcoming season.

"We can't control what happens," said Ashley Henderson, the head football coach at Thomas County Central. "What we do know is that we do have a football schedule lined up, and we're going to get ready for that schedule until we're told otherwise."

For Thomas County Central, with the addition of some masks and hand sanitizer, it's business as usual.

"We're trying not to think about that kind of stuff," said Jordan Jones. "We try to do everything as good as we can do it."

"Football is our life," Tykeem Wallace said. "You have to keep working. You can't stop working."

This team is working hard to make sure they do something they didn't do last year, finish.

"We want to be relevant in our region, we want to press for a Region (title)," said Henderson. "We believe we have the talent to do that. These senior players have been waiting for that opportunity and now they're the guys in the locker room."

"I'm very pumped for my senior season," Kalique Guyton said. "Finishing everything we do and family first. Family before yourself."

A family that needs little motivation.

"We're real hungry," said Wallace. "We're trying to prove everybody wrong. We saw a little poll thing, and we weren't even on it. We were last in the region."

"I feel like this is the year we're going to break through and go deep in the playoffs," Jones said. "We're the underdogs. Nobody really believes in us, but we believe in each other. That's all that matters really."

Belief in each other and belief in a season the Jackets are staying confident will happen.

"The guys are doing everything they can possibly to do to be ready.," Henderson said. "Over the off-season or that dead time, them sending videos to us of what they were doing has paid off for a lot of them."

Pay off they hope will lead them into December.

The Georgia High School Association eased restrictions for voluntary workouts this week, and mandatory practices are set to start at the end of July. The first games are set to be held on August 19.