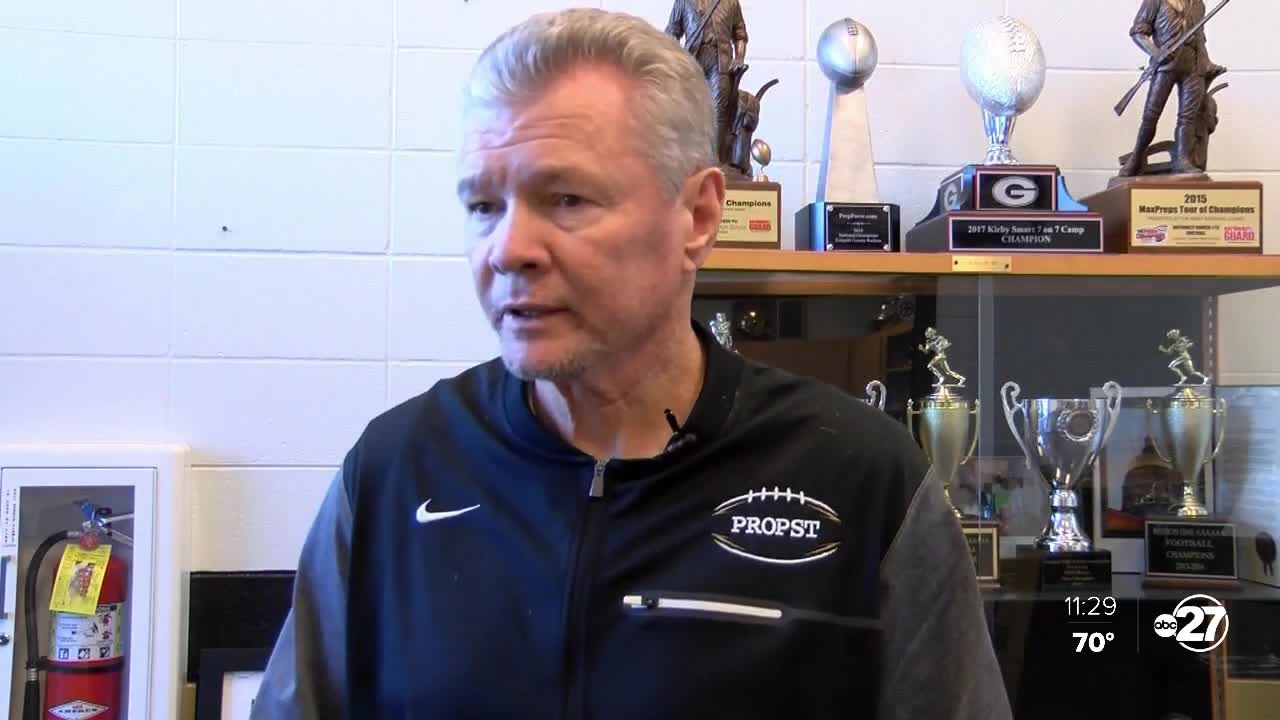 Propst knows he's a polarizing figure, he wants people to remember at the end of the day it's about the kids.

Valdosta High School is the winningest program in the country, which is why it's fitting that, arguably, the nation's most recognized high school football coach, Rush Propst, is now the 17th head coach in Wildcat history.

"I think Rush Propst is one of the best high school football coaches I've ever seen," said Chris Beckham, the host of Valdosta Talk Radio. "I've talked to college coaches about how he can break down game plans and his attention to detail. I think he's a great football coach."

"Every job I've ever taken has been a job when you got there, it was broken," said Propst. "This job is not completely broke. It's not broke at all. Here in Valdosta, I think the expectation level is as high as any place in high school football."

It's an expectation Propst isn't scared of.

"I expect to win and win fast there," Propst said.

But what he values more than winning, is his players.

"I think championships are one part of it, but the big part of it is helping kids get a college education, taking them off the street, getting them to a University, getting your degree, becoming a productive citizen," said Propst. "I really do think that's the most important part of our job, getting kids a scholarship that can change their life."

Lives he's now looking to change in Valdosta, even if there's some that don't approve of his hire.

Propst was fired from Colquitt County last year after allegations, that he denies, of giving medication to players and losing control of his team.

"Number two, yes, winning football games helps, but this is about helping kids now," said Propst. "At the end of the day, if we'll all just step back, and look at what's best for the future of our football players and what it does for them."

"So much of what has been levied against him seems to be a matter of opinion," said Beckham. "It depends on who you talk to. How much of it was personal, how much of it was factual, it's all a little bit hazy."

A haze in Colquitt County Rush has moved on from.

"Luckily it all worked out in my favor, and now I'm at one of the greatest programs in high school history," Propst said. "I'm proud and I'm honored."

A great program looking to add to their legacy.

Coach Propst said his first priority is getting to meet his team and giving them a plan of what he expects out of them. Secondly, getting a coaching staff together, something he wants to do within the next two weeks.