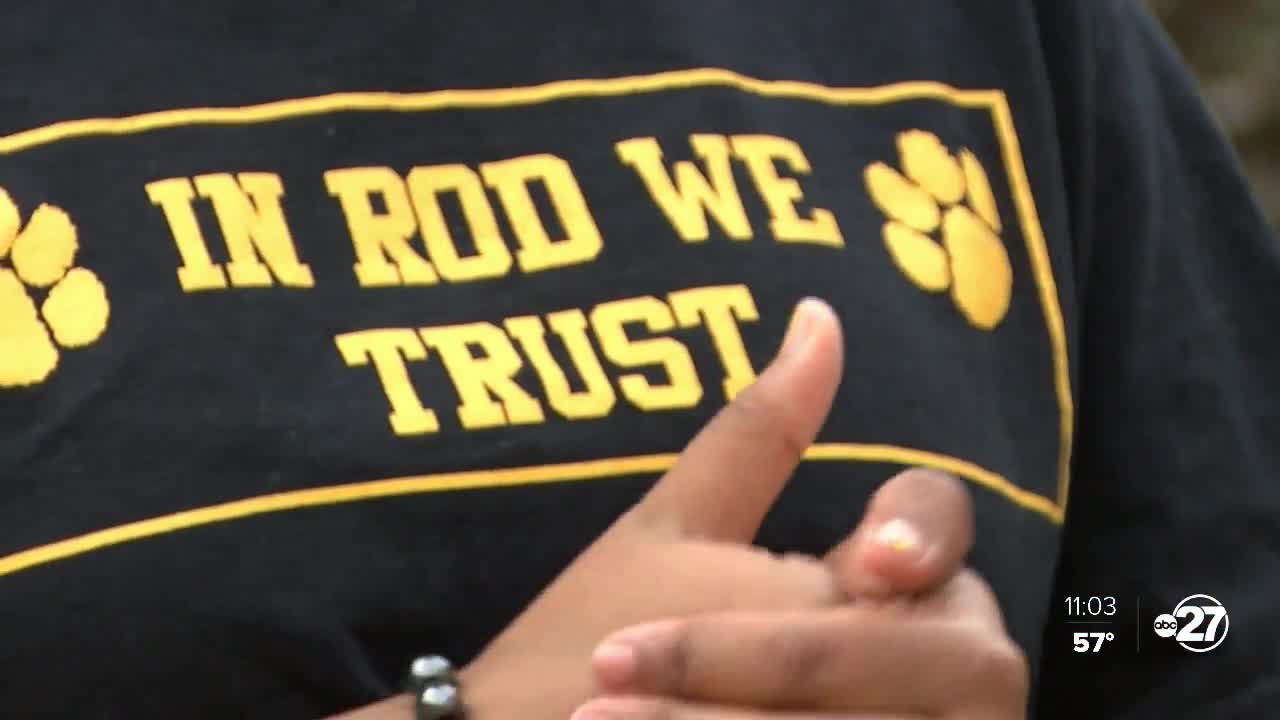 VALDOSTA, Ga. (WTXL) — On Tuesday, Alan Rodemaker was let go by the Valdosta City Schools board, as Valdosta High's head football coach. It came down to a 5-4 decision by the board, leaving Rodemaker and hundreds of others shocked.

Rodemaker went 36-17 as the head coach for the Wildcats. He also won a state title in 2016. Students lined up outside the board of education Thursday evening and voiced their concerns over the decision to let Rodemaker go. "I never thought he would get fired," said Reggie Bell, a senior at Valdosta. "Everybody was wondering what's going on. I mean like, he was a good coach, I mean I don't know why that happened."

Jaquez White, a junior added, "I think it was sad because he was like one of my best coaches that I had so far."

Dozens showed up for an hour long rally in support of Rodemaker. They explained they want to know why he was let go. "I think it's because we lost to Lowndes. You know how that is, it's a rivalry game," said White.

Bell explained, "If he coaches you, by the time you leave your high school and go to college, you're prepared for the world. I mean, he's really a good coach. The second step is college, the first step is him. You get through him, you can survive in college."

The Wildcats lost just three games this year and made the third round of the playoffs. Those reasons are why students want him back even more. "This team that they've got this year, it's really going to be a great team," said Bell. "That's why we need Rod back in the chair because I feel like he's going to be the man. Like that's going to be a big team this year, so I feel like he should come back."

A big team they want Coach Rodemaker in charge of.