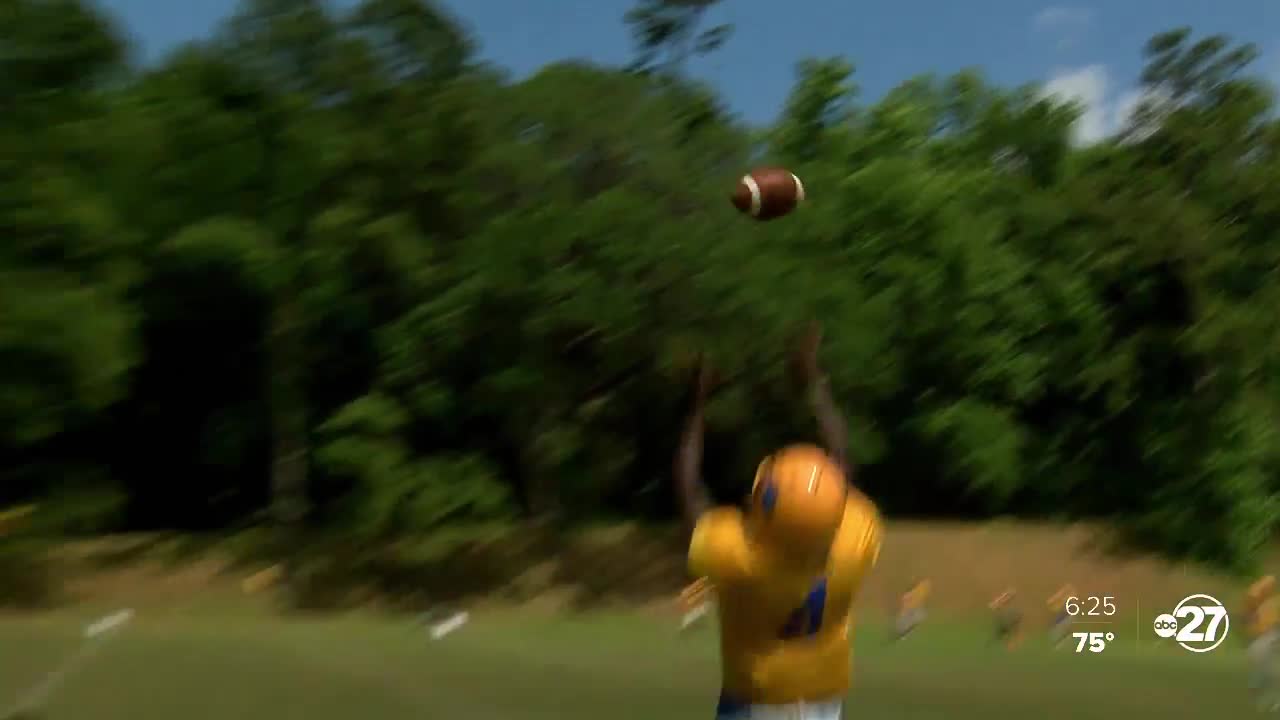 Fall sports will not return next week for Leon County Public Schools. The next step is figuring out when they will.

TALLAHASSEE, Fla. (WTXL) — Fall sports will not return next week for Leon County Public Schools. The next step is figuring out when they will.

As long as schools are out in Leon County, there will be no sports played according to Scott Hansen, the director of student activities for Leon County Schools.

Hansen said Leon County will meet with athletic directors, principals, and coaches on Monday to develop a plan for return.

School is set to resume August 19, and Hansen said once school resumes so can practices; however, volleyball and football could take longer to get going because they are considered high-risk.

Hansen said it's important to remember is things will look different this year. Schedules may come down to only playing against other Leon County schools.

Access to games for fans won't look the same either. Leon County wants sports to be played, but they want to make sure they're being played in the safest way possible.

"I was an athlete," Hansen said. "I understand. I was a coach. We are working as hard as we can to have the athletics back for your kids and we understand the importance of it."

The importance is understood as well as a shared understanding that when sports do come back, things will not be the same.

"That's what parents need to understand," said Hansen. "It will not be the same thing we had in the past."

"We're going to try to do the best we can to get the kids out there and have extracurricular activities and be involved in something," said Hansen. "That's our big push to do that, but we have to do it safely and make sure everyone, from the coaches to the players to officials to the scorekeepers and fans, whatever we decide to do, there's a lot to it. We understand the importance of that."

It is also possible some sports may be flipped around. Football could move to the spring and softball may move to the fall.

For Madison County head football coach Mike Coe, a conversation with a former player is all he needed to reaffirm the importance of athletics.

"He said, 'Coach, we were willing to go through hell to be a Cowboy,'" said Coe. "It wasn't necessarily the playing and the winning games, it was the brotherhood, it was the father figure for a lot of us. It was the discipline. It was the structure."

That's why playing football this fall, for Coe, is about much more than what happens between the sidelines.

"Athletics has saved a lot of lives," Coe said. "Not just athletics, but extracurricular in general."

The Cowboys plan to start practice on July 27, the first day they're allowed.

In Leon County, the plan is to meet with coaches, athletic directors, and principals next week. From there, they'll come up with a plan for return.

Hansen says as long as schools are out don't expect there to be practice until the number of cases in Leon County goes down, something they plan to discuss next week during that scheduled meeting.