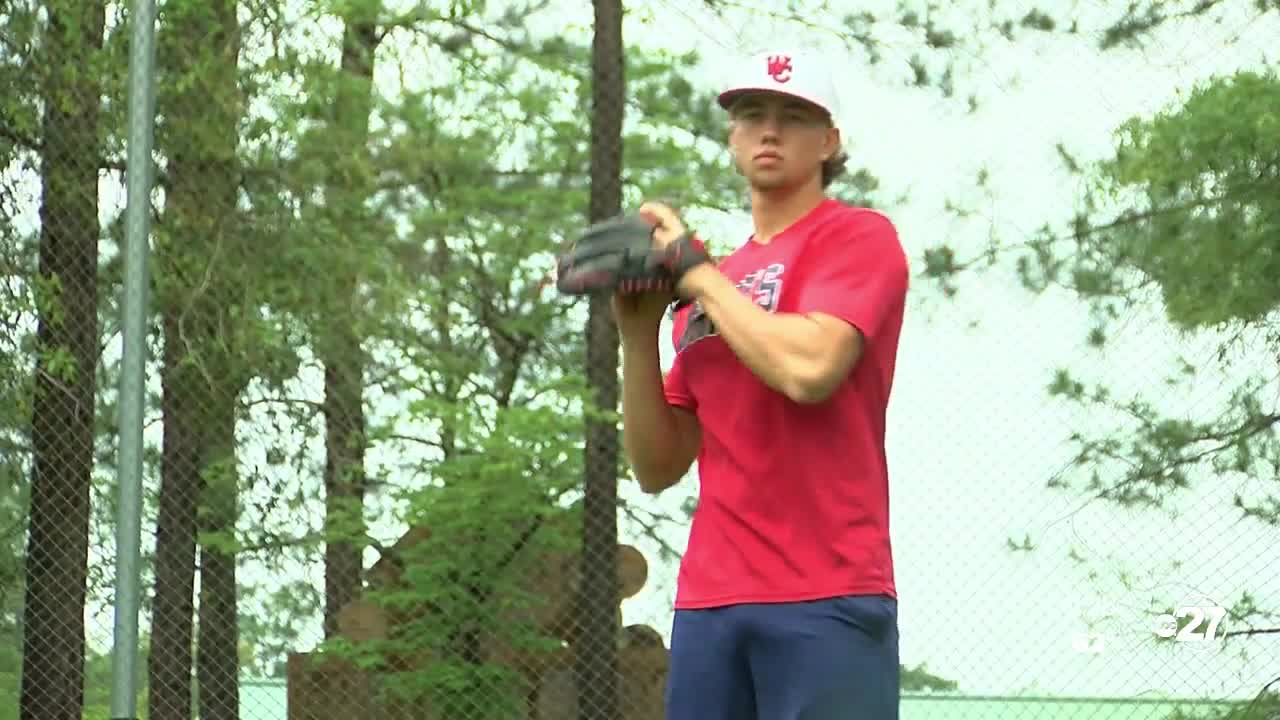 This year was supposed to be Wakulla Christian's Seth Dudley's comeback season.

The senior pitcher had Tommy John surgery (where a healthy tendon extracted from an arm or leg to replace an arm's torn ligament) last June. He's recovered, and was ready to impress in his final year as a Saint.

While he doesn't have that chance, he's still looking at the positives.

The Wakulla Christian Saints have emerged as one of the Big Bend's best programs over the last five years.

"It was great to be a part of it and building it from the ground up," said Dudley. "I was here when we built the field."

In four years as in the varsity program, the Saints have an FHSAA State Runner-up and a Final Four appearance to their name, and senior Seth Dudley was looking to win it all in his final season.

"It's pretty upsetting," Dudley said. "We were expecting another trip down there. It's pretty frustrating and aggravating."

For Dudley, it was a chance to play healthy. His season ended early last year, and he was back to throwing 100 percent after the Tommy John surgery last June.

"It was scary at first because I thought I wouldn't be back," Dudley said. "I was expecting to come back this year and be one of the top around here, but with the coronavirus shutting down everything, I don't get to do that. I was expecting a big season this season."

Dudley and the Saints started strong. They were 5-0.

"I was expecting a big year out of all of us," said Dudley.

Seth was hitting over .600 and topping out at 92 from the mound before the season ended. Numbers that he was hoping would land him a spot on a college roster.

"I'm trying to stay pretty positive," said Dudley. "God has a plan for all of us and he has a plan for what he's doing on this earth. I'm not really worried about too much. You have to look forward to the new days. Better days are coming for sure."

Better days, like when he gets to take the field once again.

Dudley said the toughest part of all this is recruiting. Coaches can't currently reach out to players, and since he was hurt last summer this was going to be his time to land an offer.

When coaches are able to reach out, Dudley says he'll be ready to go.