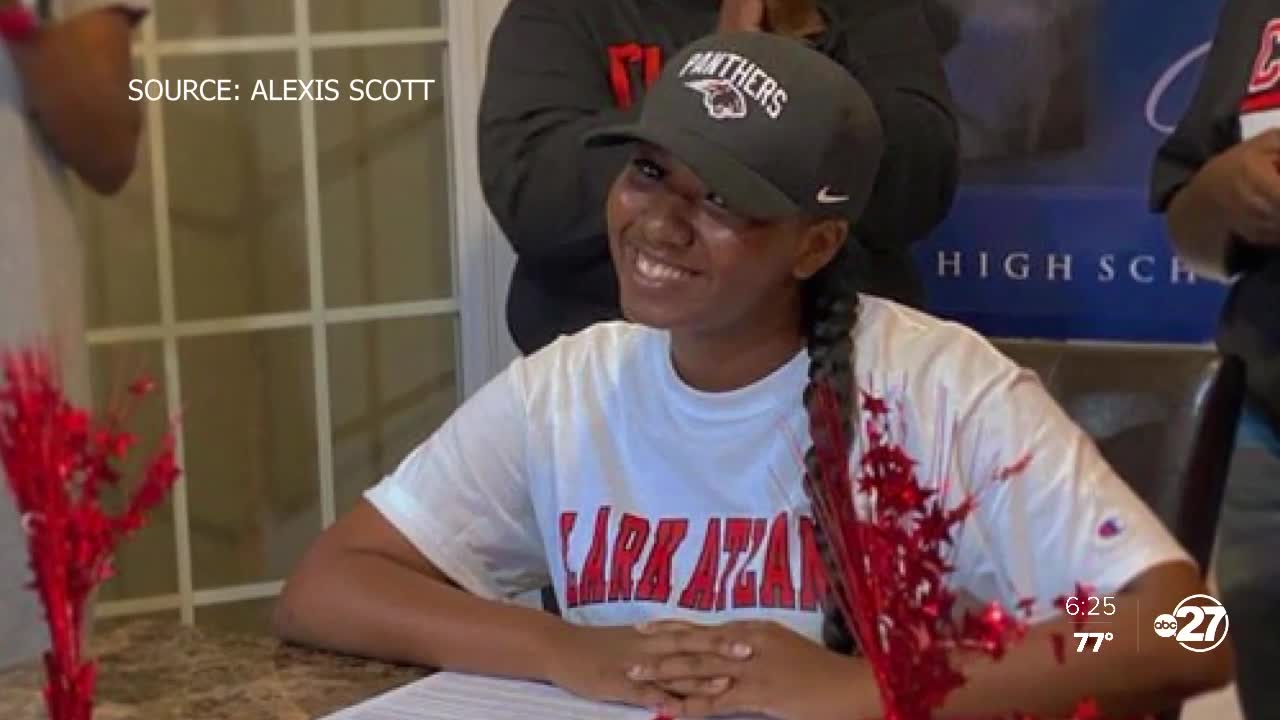 The COVID-19 pandemic ruined a lot of senior nights for spring sport athletes, canceling seasons before they could really get going. Rickards softball stand-out Alexis Scott has taken it all in stride.

TALLAHASSEE, Fla. (WTXL) — The COVID-19 pandemic ruined a lot of senior nights for spring sport athletes, canceling seasons before they could really get going.

Rickards softball stand-out Alexis Scott has taken it all in stride.

Perspective is everything and Scott has a lot of it. She entered her final softball season as a Raider with a newfound appreciation, getting to that point had been over a year in the making.

"There was a collision at the plate with the catcher," said Scott.

A collision that resulted in two surgeries on her ankle and a recovery that took place as her family rebuilt their home after a house fire.

"You're not supposed to compare yourself to other people, but sometimes I would do it," Scott said. "I would say, 'I'm over here struggling, they look like they're flying through life!' My parents would often remind me, life's not going to be like that. You're going to have adversity."

Scott took that adversity and used it for motivation.

"It was a big comeback for me to be able to play again," said Scott. "I get to my senior year, and it was like, it's done."

A comeback that was taken away by the coronavirus.

"It made me very resilient," Scott said. "With everything I was going through, if you would have told me that, I'd think you're crazy. Those things don't happen that way."

An e-mail to the Clark Atlanta's coach turned into a scholarship offer, and Scott will play Division II softball for the Panthers.

"It was a lot of emotions coming over me," said Scott.

Emotions that stemmed from a lot of heartache.

"It doesn't really work out for everyone, but it worked out for me," Scott said. "Coronavirus, put my mask on, I'll be fine. The most I could do is put my mask on, and be safe and make the most of it."

Scott is making the most of it and finally getting the comeback she deserves.

Scott is the first softball player at Rickards to sign a college scholarship since the 2012 - 2013 season.

She said she plans to major in political science, working towards a law degree.