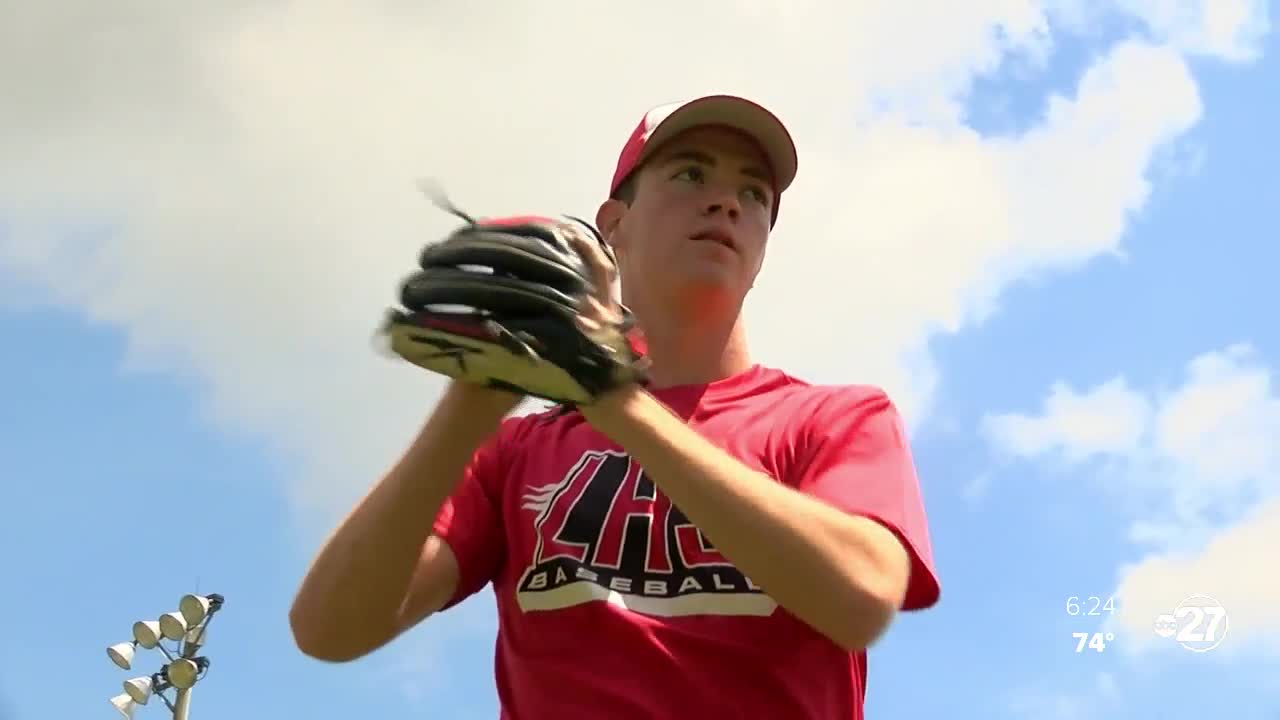 When it comes to small town athletics, by the time you're a senior you've pretty much played with the same people since you started.

MAYO, Fla. (WTXL) — When it comes to small town athletics, by the time you're a senior, you've pretty much played with the same people since you started.

Lafayette's Jarrett Pearson is one of eight Hornet seniors, a group he won't soon forget.

This year had all the makings of a special one for the Lafayette Hornets.

"I really felt like we were going to make some noise down at the end," said Tim Hanson. "For the seniors, I just hate it because this is it."

The 2020 Hornets are a veteran group, led by three year starter Jarrett Pearson. It's a year they'll always wonder, "What if?"

"I mean, I don't want to guess anything too far in advance," said Pearson. "I was pretty proud of how much effort we put in in the off season, so I really wanted to see that play out."

For Pearson, his senior season was his final one before he hangs up his cleats forever. That was a tough decision and one that stings a little more right now.

"Being from such a small town, I've played with these same kids in t-ball and through All-Stars and Middle School," Pearson said. "It definitely stings to not get to finish the season out with them and how hard we've worked over the past few years. I thought we had something kind of special."

"They're a part of this history, but I know it's affected them," said Hanson. "I know when he watches his first baseball game, that's when it'll hit him the most."

A life without a senior baseball season. But Pearson forever left his mark in Mayo for future Hornets.

"He's a great kid," Hanson said. "He's not only a good baseball player, but kids like him, he's the ultimate team player. I have not had many kids that are like him."

There aren't many like Pearson on the field, and definitely not many who will go through what he's gone through.

"It's definitely weird," said Pearson. "Especially when you're looking forward to things like an actual graduation, and walking the field and things like that. This is what we've known for so long, and this is what we'll have to deal with from now on. I'm sad I missed a couple months of memories I made with them. Just getting to hang out with my friends is what I'll remember most about this year."

Memories that could have been more but memories they'll always share together.

Pearson says he'll study civil or electrical engineering in college. Right now, he has A 3.98 GPA and he's ranked second in his class. The final grades come out next week.