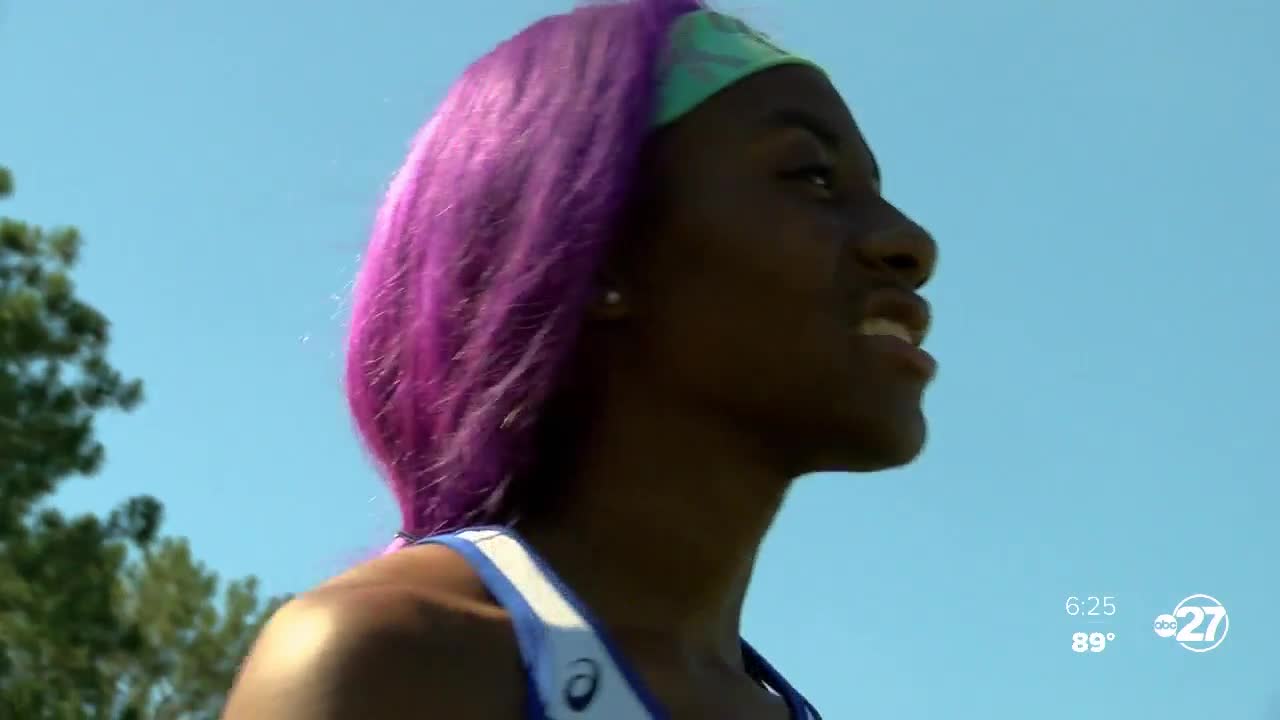 Godby High senior A'Kyrah O'Banner loves to run and she's been perfecting her craft since she was eight-years-old and even if she didn't get to finish the way she wanted too, it's paid off.

TALLAHASSEE, Fla. (WTXL) — Godby High senior A'Kyrah O'Banner loves to run and she's been perfecting her craft since she was 8 years old. Even if she didn't get to finish the way she wanted to, it's paid off.

When it comes to the track there's not an event A'Kyrah O'Banner wouldn't do.

But she does have her favorite: The 200.

"I like the turn," said O'Banner. "I think coming off the curve is what I embrace more. Hugging the curve, the straightaway, opening up and doing what I do best."

"Her work ethic in practice is amazing," said Jesse Forbes, the head track and field coach at Godby. "We had her running with the boys because when things weren't right, she was going to stay after practice until we got it right."

"I had a good feeling I could have won and it would have been a great moment," O'Banner said.

Although her senior season was cut short, O'Banner has a lot of great moments in store. She'll run for the University of South Florida.

"This is all I've been dreaming of since I was little, was to go D1 and do something I love doing, which is track," said O'Banner. "I did not know my season was going to end like this, but I'm happy that I committed early and I stuck with my mind and put God first."

"Everybody doesn't have that opportunity to go to the next level," Forbes said. "Her goal was to get to college and finish out four more years. It's very special."

And if there's anything she's learned from her time as a Cougar?

"When I left practice that Friday I didn't expect that to be my last practice," said O'Banner. "I would not, don't take it for granted. I was missing it."

O'Banner will graduate ranked second in her senior class with a 4.7 GPA and there are plans to get her 4x1 relay team rings to commemerate their top ranking since they didn't get to compete for a state title.