Kidd is going to Alcon State to play soccer 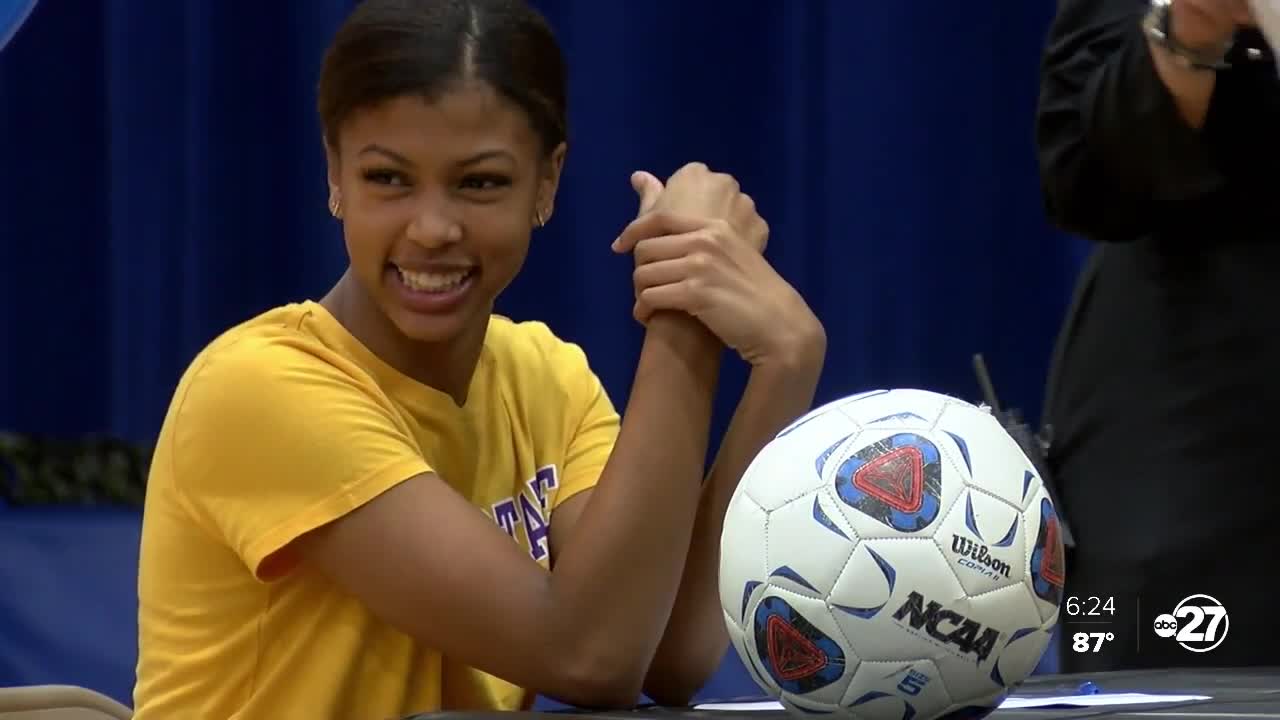 Taylor County's Ceven Kidd left quite the mark on Lady Bulldog athletics, playing softball, volleyball, soccer and running track. But when it came time to pick what sport to play at the next level, that decision was easy.

TAYLOR COUNTY, Fla. (WTXL) — Taylor County's Ceven Kidd left quite the mark on Lady Bulldog athletics, playing softball, volleyball, soccer and running track. But when it came time to pick what sport to play at the next level, that decision was easy.

Kidd's dream has long been to play Division I soccer for a Historically Black College or University.

"The band and football games and all that, I just love watching that energy and I always wanted to be apart of that," said Kidd.

Now, the Taylor County graduate will play at Alcorn State and that's after only four years of competitive soccer.

"I worked hard for it," Kidd said. "When I switched over from club from high school, it's a totally different game."

It's a game she'll continue playing, but that doesn't mean she won't miss playing for the Lady Bulldogs or her club team. Florida Elite was in the Final Four of the State Cup when their season was canceled.

Kidd is choosing to remember the good times though.

"As long as we focus on the beginning of the year and not the end of the year, we overcame a lot," Kidd said. "I can be more grateful that I was before."

She's grateful for the past and for the future.

"It's like, 'You're going to go play soccer in college, Ceven. I hope you're ready,'" said Kidd.

Kidd graduated from Taylor County with a 4.1 GPA. and said she's set to report to Alcorn State at the end of July, and ready to live her dream.