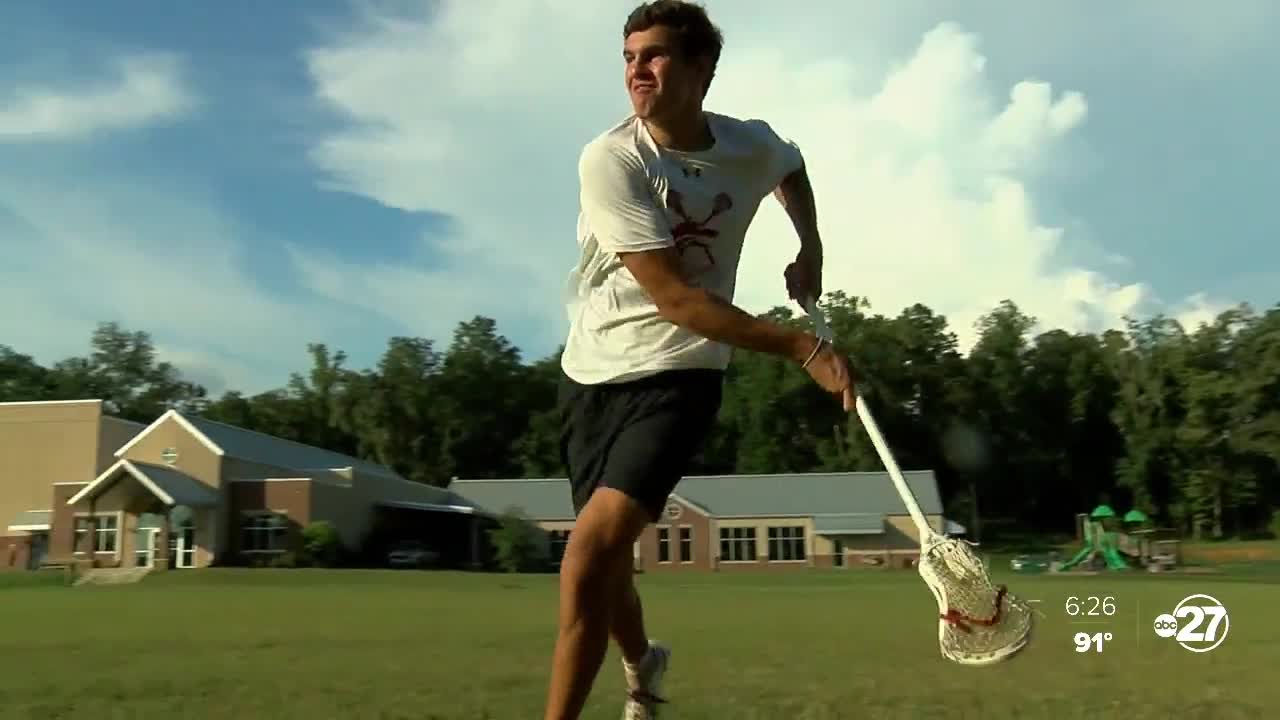 Sam Hartmann is one of 19 seniors on the Chiles lacrosse team this year. One of 19 who will never get their senior year back.

TALLAHASSEE, Fla. (WTXL) — Sam Hartmann is one of 19 seniors on the Chiles lacrosse team this year. One of 19 who will never get their senior year back.

"We were all pretty much tight and we all hung out," said Hartmann.

There's always something special about your senior year.

"We honestly waited 12 years of our lives for the end of senior year for Grad Bash, senior picnic, senior prom and to have those things taken away it was kind of sad," Hartmann said. "You just have to roll with it."

Roll with it he has. Hartmann helped create a "senior team" this summer, one last ride for him and his Timberwolf teammates.

"We want to go out there and win a couple of tournaments," said Hartmann. "We're going to play two tournaments, one in Orlando and one down in Palm Coast just as a senior team we made this summer to have some fun."

They played two tournaments as a team and Hartmann showcased his talents at the Florida State Lacrosse Coaches Association's All-Star game.

It was an honor that lessens the blow of losing his senior season just a little bit.

"I'm really glad that Florida opened up sports to play in the summer again," said Hartmann. "We're fortunate enough to be able to do that this summer. A lot of states aren't."

Fortunate to play this summer and, for Hartmann, the next four years. He's headed to Rollins to play lacrosse in college.

"Knowing that I have four more years ahead of me of playing in college, it's just a lot easier knowing I'm going somewhere to play," Hartmann said. "Some kids aren't and I'm grateful to have that opportunity. That just made me even realize never take anything for granted. Live every day like you can."

Hartmann plans on getting a business administration degree at Rollins and wants to work in sports.