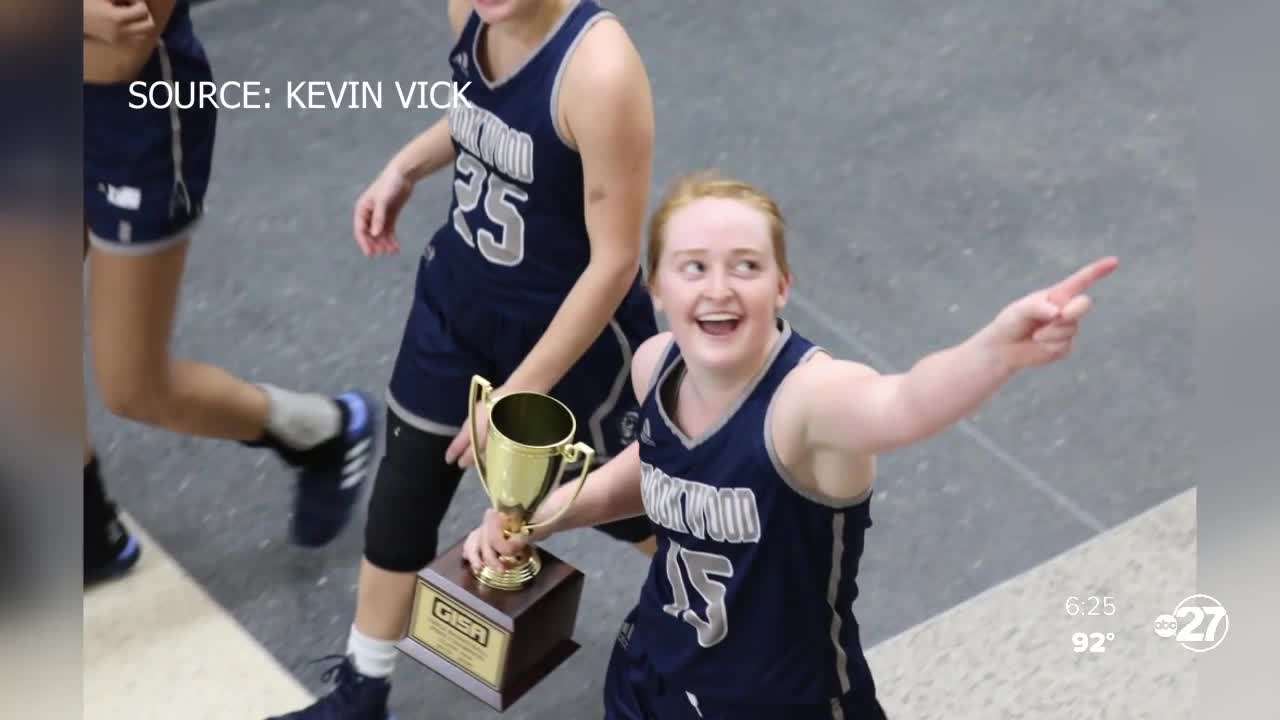 Mollie Vick, a senior for the Lady Warriors is holding on to what was able to be accomplished instead of what could have been.

TALLAHASSEE, Fla. (WTXL) — The Brookwood girl's basketball team did something this year no other Lady Warriors hoops team had ever done: win a state championship.

The Brookwood girl's soccer team had a legitimate shot at winning state too, but unfortunately we may never know.

Mollie Vick, a senior for the Lady Warriors, is holding on to what was able to be accomplished instead of what could have been.

To win a state championship is exciting enough. To win your program's first? Hard to put into words.

"That was a huge memory," said Vick. "I'll never forget it. If my high school career ends like that, I won't be too sad."

For Brookwood's Mollie Vick, it's a high school career where parts are left unwritten.

That's the toughest part. A State title in basketball, but a soccer season left hanging in the balance. One that had all the promise of going the distance.

"I think this was our year for soccer also," said Vick. "It's very sad that we won't be able to finish it out. Some days are harder than others. Sometimes it's hard to motivate yourself when your teammates aren't right by you, but it's good we're staying in touch everyday and motivating each other."

Teammates that are there for each other, making this uncertain time a little easier.

"We check in everyday, whether it's juggle videos or, 'How are ya'll doing,'" Vick said. "The things that you learn in sports are really important, and I'll take them with me through life. This is a weird time, but because sports has taught me so much, I can transition and still keep my work ethic."

A work ethic that earned her a ring, and memories to last a lifetime.

Vick will graduate Brookwood with a 4.2 GPA.

She's headed to Georgia Tech for college, where she plans on winning a lot more championships playing intramural and club sports.