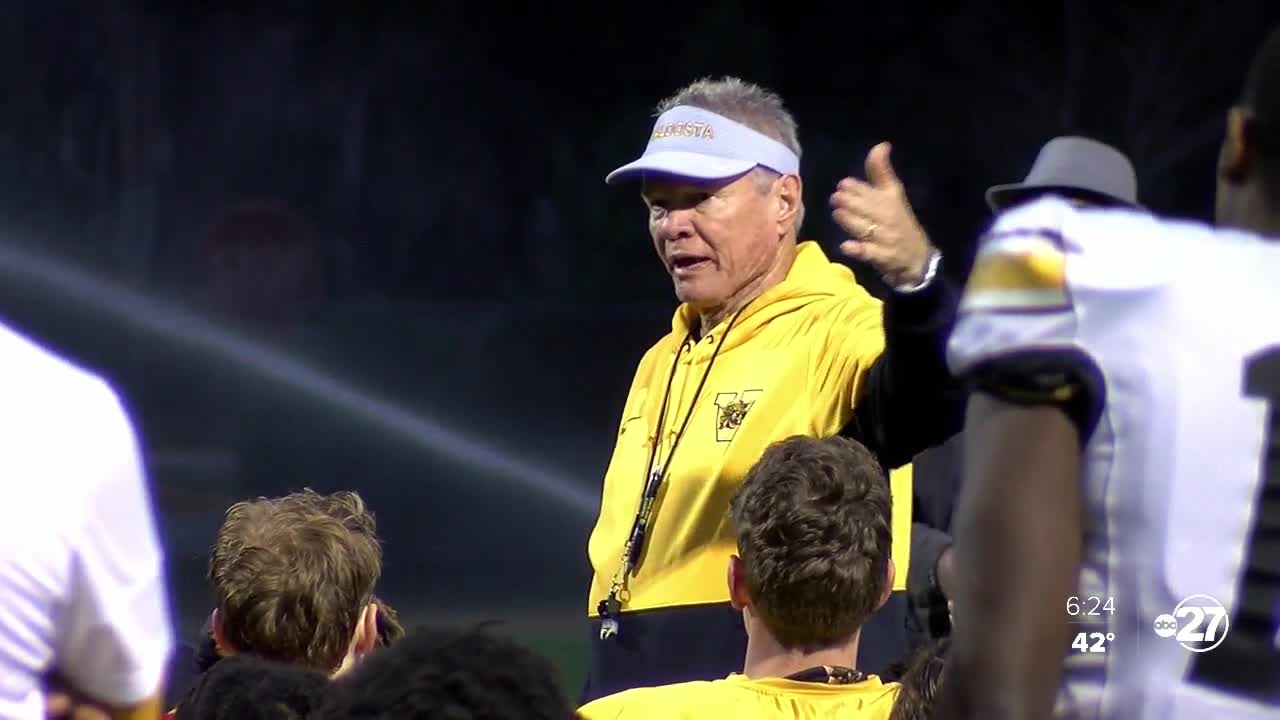 In his first year at the helm of the Valdosta Wildcats' football program, Rush Propst and his team find themselves one win away from their first class AAAAAA state championship appearance since 2016.

VALDOSTA, Ga. (WTXL) — In his first year at the helm of the Valdosta Wildcats' football program, Rush Propst and his team find themselves one win away from their first class AAAAAA state championship appearance since 2016.

it's an accomplishment that many long time supporters of Valdosta football have come to know and expect over time; however, simply being back in contention for a state title doesn’t satisfy Propst’s long term vision of what he wants his program to be.

Growing up coaching under legends Wright Bazemore and Nick Hyder, Propst knows that competing for a state title every year shouldn’t be the goal at Valdosta, it should be a consistent achievement done each and every year.

“It takes a little more to get to that level and it’s sort of like squeezing that last drop out of a lemon. And I think it’s tough to get there every year but you have to do more to get there and Valdosta should expect that. I expect that out of Valdosta," Propst tells ABC 27. "They used to do that and we’ve got to get it back to that to where we’re there beating on that door every year. And you know if you beat on it long enough you’re going to end up breaking it down and bringing some trophies home.”

Valdosta lays their 2020 season on the line in Buford, Friday night in the class AAAAAA semi-finals. Kickoff is at 7 p.m.