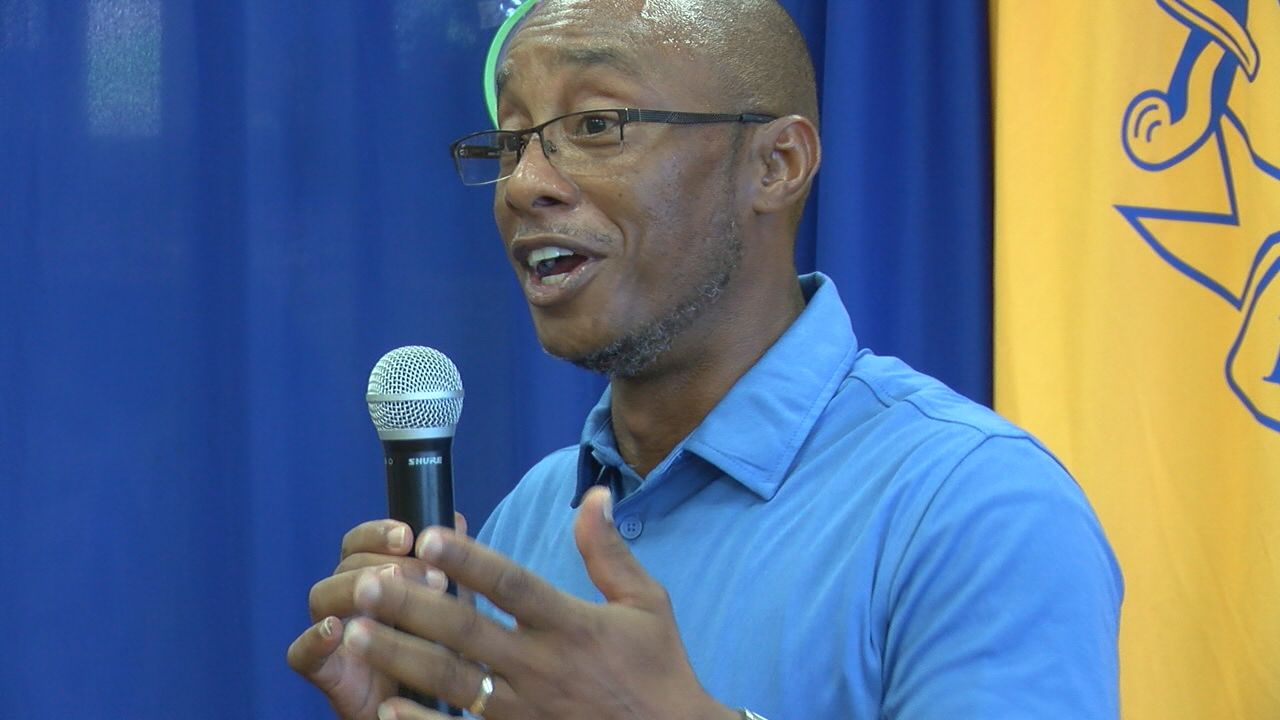 At the press conference, Williams explained that he had coached softball and track at Rickards before. Now, it's time to lead the baseball team. The new coach said he is honored to be on the diamond, once again, at Rickards. "I told my family that until this press conference happens, it wasn't really going to hit me, because I mean, being able to have the opportunity to come back to your alma mater and lead the community, lead a group of young men into the future, that's a dream come true," said Williams.

Claudette Farmer, Rickards' athletic director, added that the hiring of Williams was a no-brainer. "We had a pretty grueling interview process, and there was a committee forum, with five people on the committee. The questions that we asked of each candidate, Coach Williams was the man hands down, for this job. He was just a great fit. He was familiar with our school, he was familiar with our community."

A fun fact about Coach Williams is that he threw his first baseball at the age of five at Springs Sax Park. "That's where the baseball started out for me. Playing with the older men, with the semi-pro baseball league, and I didn't realize I was playing with grown men at the age of 11-12, but yes that is where it all started."