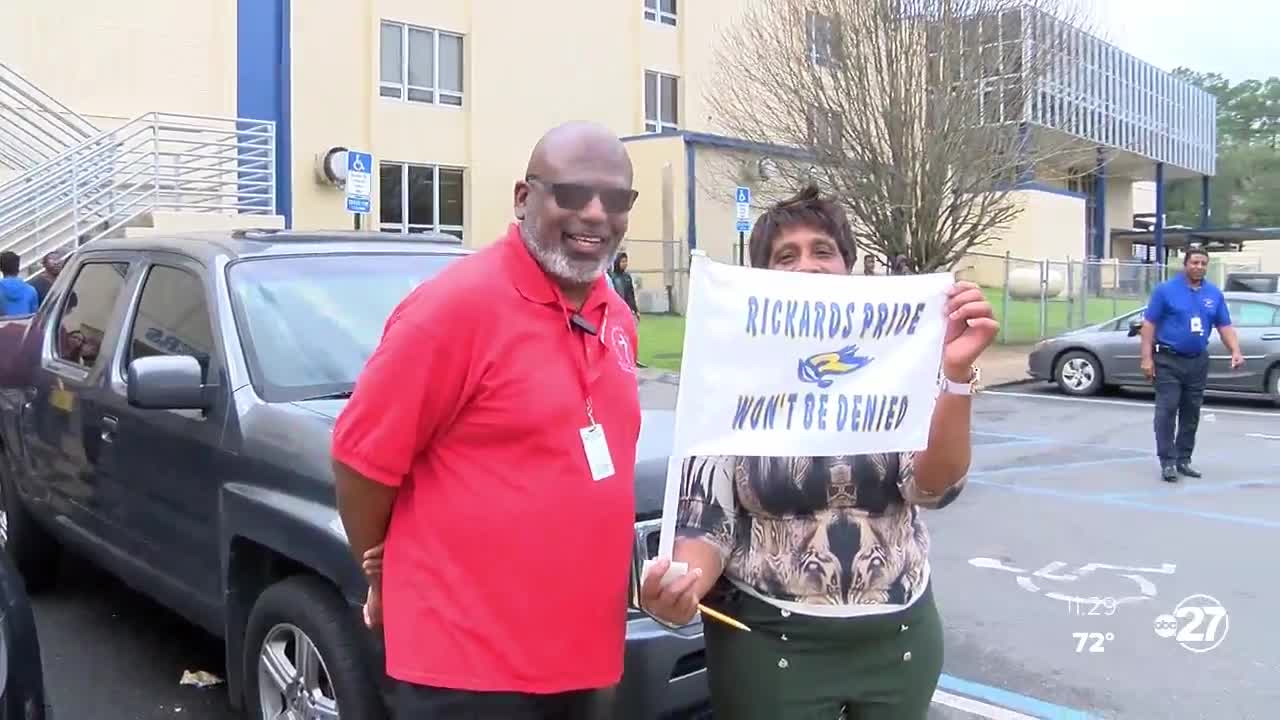 TALLAHASSEE, Fl. (WTXL) - The Rickards boys basketball team is the last team standing across North Florida and South Georgia as far as the postseason goes, and the Raiders are two wins away from winning a State Championship.

The guys practiced one more time in Tallahassee before Thursday's Final Four match-up in Lakeland, then loaded up a bus for the trip down south. The Raiders settled for State Runner-up two years ago, and that's a feeling they don't want again. This team is excited to show everyone what they're made of.

"We won our first playoff game, we really locked in and stayed focused and really executed what needed to be done," said senior Myles Smith. "Ever since that first game, we've been playing very well, talking on defense and just playing a great game."

"Like our football team started when Coach Lewis came in, Southside rising," added head coach Eli Bryant. "We try to represent the city, not just the Southside, but the city of Tallahassee, the county of Leon and Leon County School System as best we can."

Bryant said he expects a tough State Semifinal tomorrow. He said Sebring mirrors the Raiders. that 5A State Semifinal game tips at 2:00 in Lakeland. If they win, they play Saturday for the 5A crown.