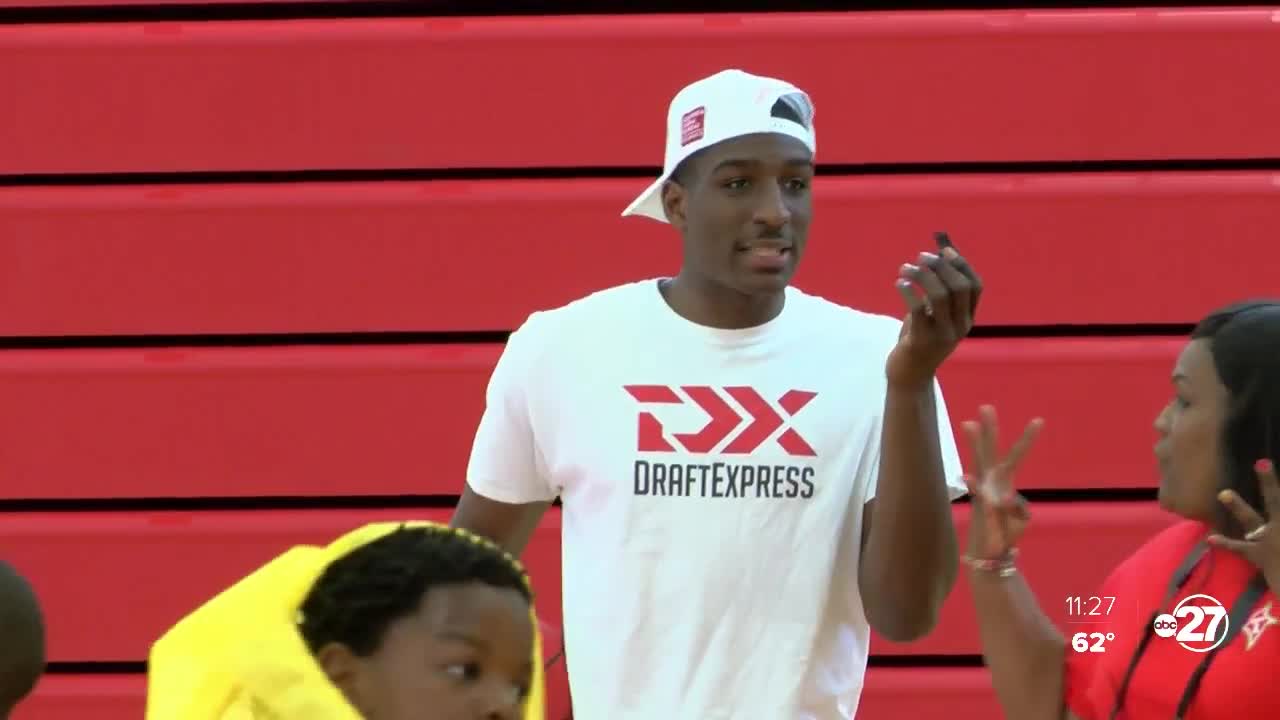 Reggie Perry rewrote the record books at Thomasville High School, helping lead the Bulldogs to their first state title in 2018.

He added to his legacy Wednesday night when he became the first Thomasville Bulldog drafted.

"It gives them an opportunity to know no matter where you come from, you can still be successful," said Ben Tillman, the head boys basketball coach at Thomasville. "Every basketball player doesn't have to come from the big metropolitan city or town."

Reggie Perry was Thomasville High's first McDonald's All-American. He helped the program win their first State Championship. Now, he has another first to add to his resume: NBA Draft pick.

"It was just a really great feeling to be able to see one of your own kids' names go across the screen like that," Tillman said.

Tillman said the feeling of seeing Perry's name on the TV was a little surreal.

"To have a kid that you had a chance to see grow up and know what his dreams were," said Tillman. "To have a part in helping him accomplish those dreams means a lot."

Perry was drafted 57th overall to the Los Angeles Clippers and was traded to Brooklyn. Now, he's an example for everyone else looking to make it.

"To have a kid come from your school, to reach those pinnacles, it gives people a chance to know I'm in the right place," Tillman said. "I can do these things because I'm from here."

A beacon of hope for the small-town kid.