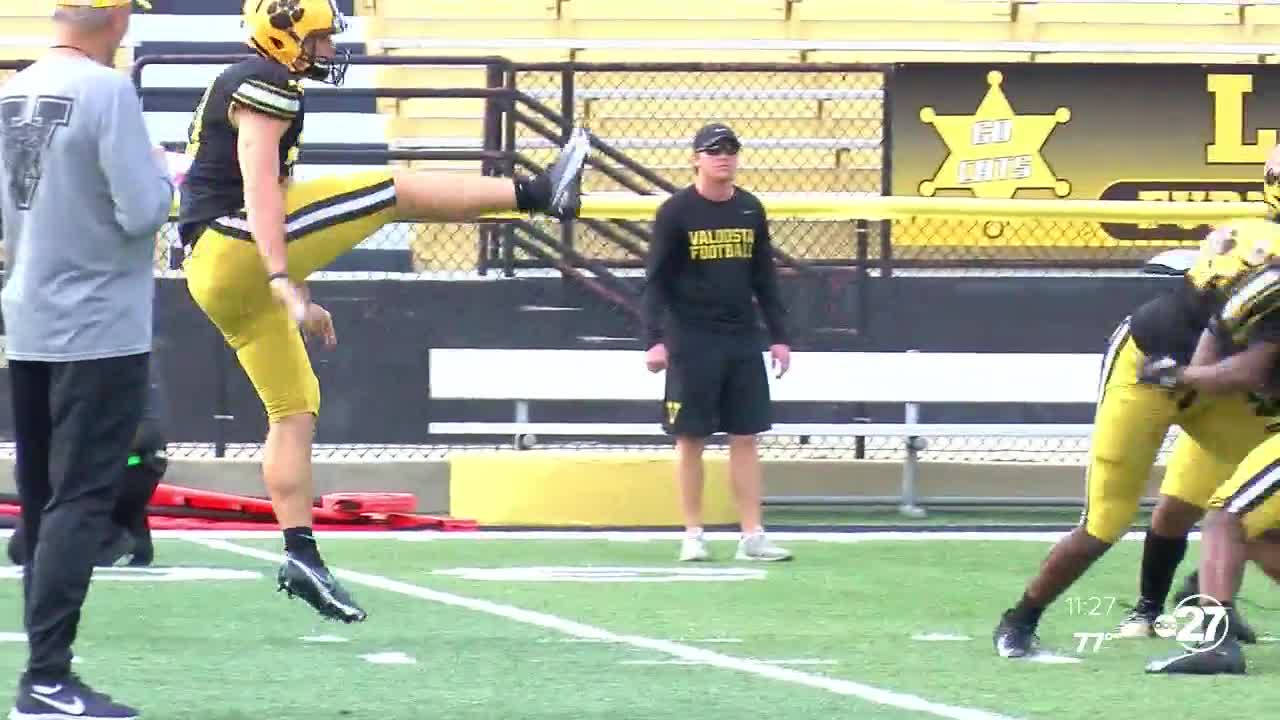 VALDOSTA, Ga. (WTXL) — Walking around a Valdosta High football practice you’ll notice the cameras, boom mics, and equipment that is piecing together a documentary on head coach Rush Propst and his football team.

“There is not a high school football coach or a program worth their salt that doesn't want their program promoted nationally," said Valdosta High School football head coach Rush Propst. "If they do they’re not telling you the truth, or they’ve got something to hide that they’re not proud of.”

For the coach, this is nothing new coming from his time on the MTV television show Two-a-Days, when he was coaching at Hoover High School. But it’s his players who will learn what comes with being a part of a powerhouse program, whether it’s here at Valdosta or at the next level.

“You have to get used to that because you are in a limelight and you are a media darling," Propst said.

“Valdosta is the top program in the country basically. We have the most wins in the country and a lot of people don’t know about us and it’s about time they start," said senior wide-out Aalah Brown.

While all the media attention may look like a distraction within this program, the feeling around this team is quite the opposite.

“We really don’t pay attention to the cameras," said linebacker John Brown. "We just come out here and practice how we need to be practicing for the game and our opponent.”

“About the show? Yea of course we’re excited about it but we still got to work so we pretend like it's not there," senior wide receiver Javonte Sherman says.

The official release date on this project has not been announced.