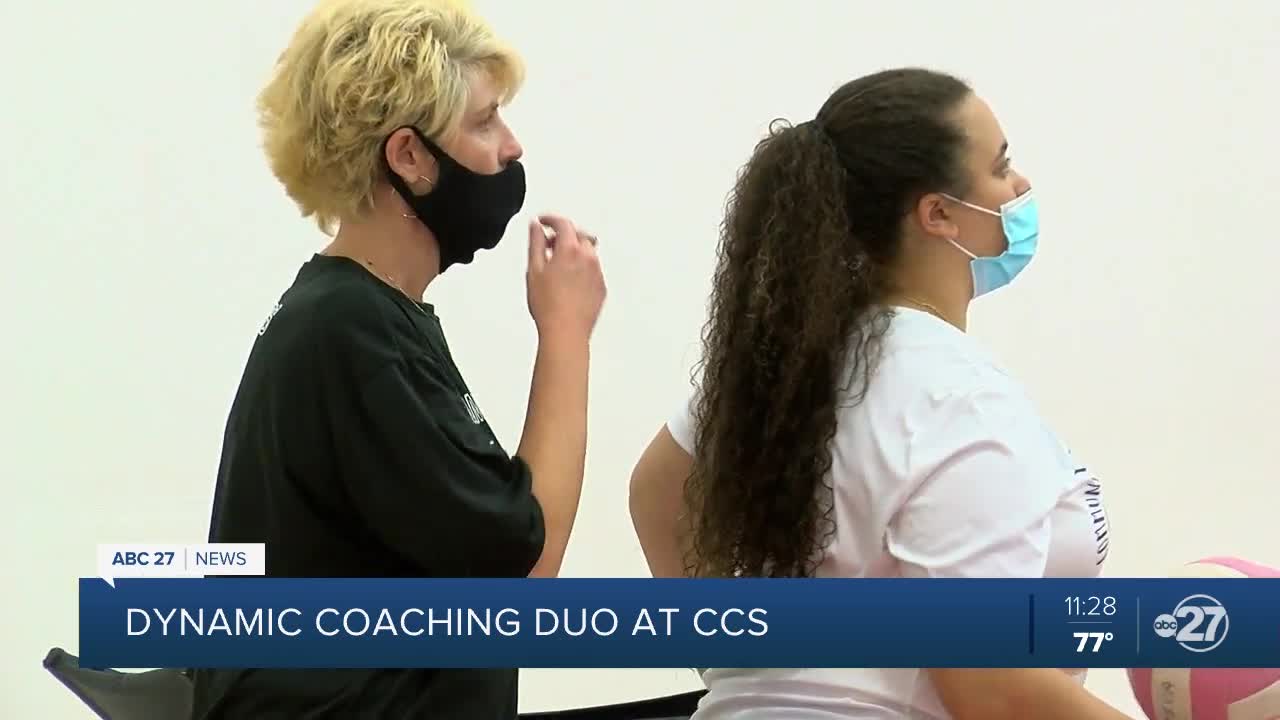 Nina Gunn-Hall has coached at CCS since 2016. Her daughter Taylor Hall, a former Charger stand-out, now coaches middle school, junior varsity, and Varsity with her mom.

"Even starting out, I never really wanted to be under my mom, because she's my mom," Taylor Hall said.

"We've had several conversations with, 'mom, are you sure?' I've had to assure her I'm sure," said Nina Gunn-Hall. "There's a few times, on the court and off the court, we have not seen eye to eye."

"Now I understand from her point of view everything that's happening," Taylor Hall said. "If I get an eye roll, I'm like [what?!]. My mom's like, 'yeah, it happens a lot!'"

A mother-daughter relationship strengthened by the sport that's bonded them their entire lives.

"The first time I actually saw her coach was a few weeks ago and my heart was happy," said Nina Gunn-Hall

"It's taken a little bit to get used to," Taylor Hall said. "I'm still not in full coach mode yet, but I'm very excited to see what happens when I do. I feel like I'm going to be just like her."

"Not that I want to admit that, but I'm just like her," said Taylor Hall.

Just like mom, and that's always a pretty good person to be.

"I feel like it's just such a blessing," Nina Gunn-Hall said.

At CCS it's truly a family affair. Mom Coach Hall's son and Taylor Hall's brother keeps stats for the team on game day.