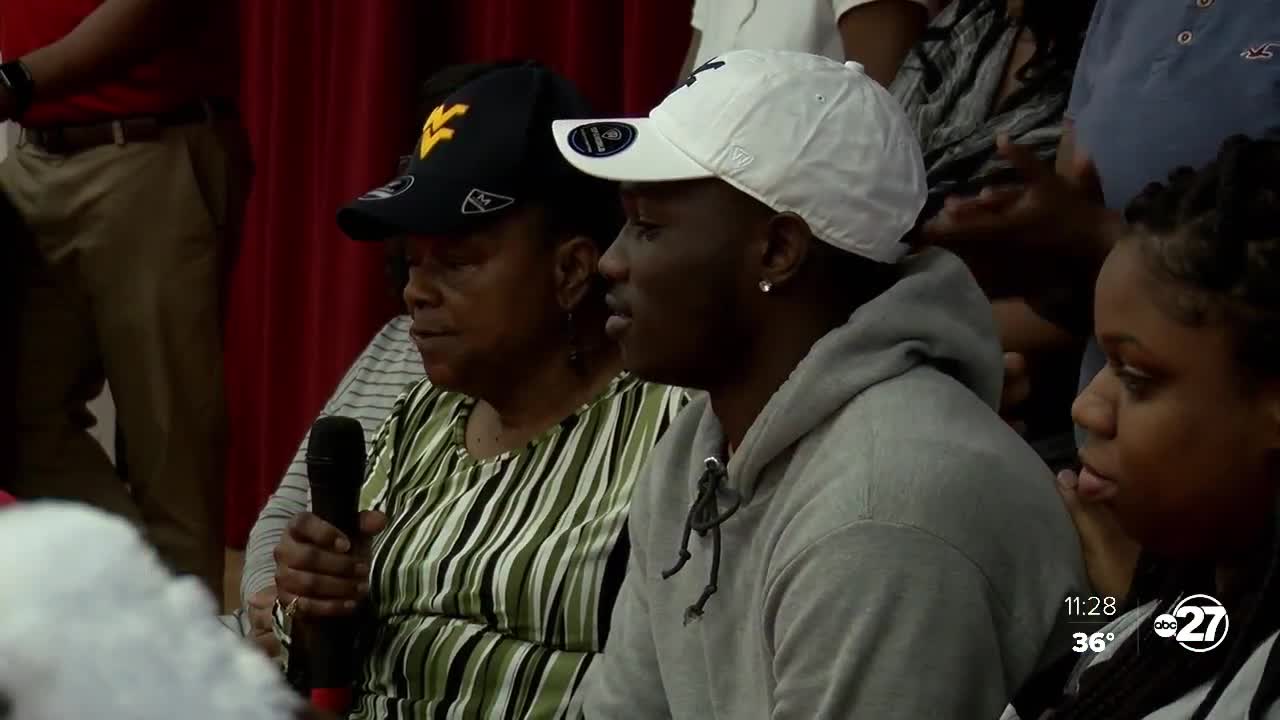 MITCHELL COUNTY, Fl. (WTXL) — Mitchell County's linebacker, James Thomas, as signed on to play college football at West Virginia University. He played on both sides of the ball for the Eagles, but for the Mountaineers, Thomas will be at linebacker.

On Friday afternoon, Thomas was surrounded by family, friends, and coaches for his signing. It was a joyous occasion, yet one person was missing, Thomas' mother.

Thomas' mother passed away when he was three months old. He explained that signing to play college football was something he was not just doing for his mom, but for his grandparents, who raised him.