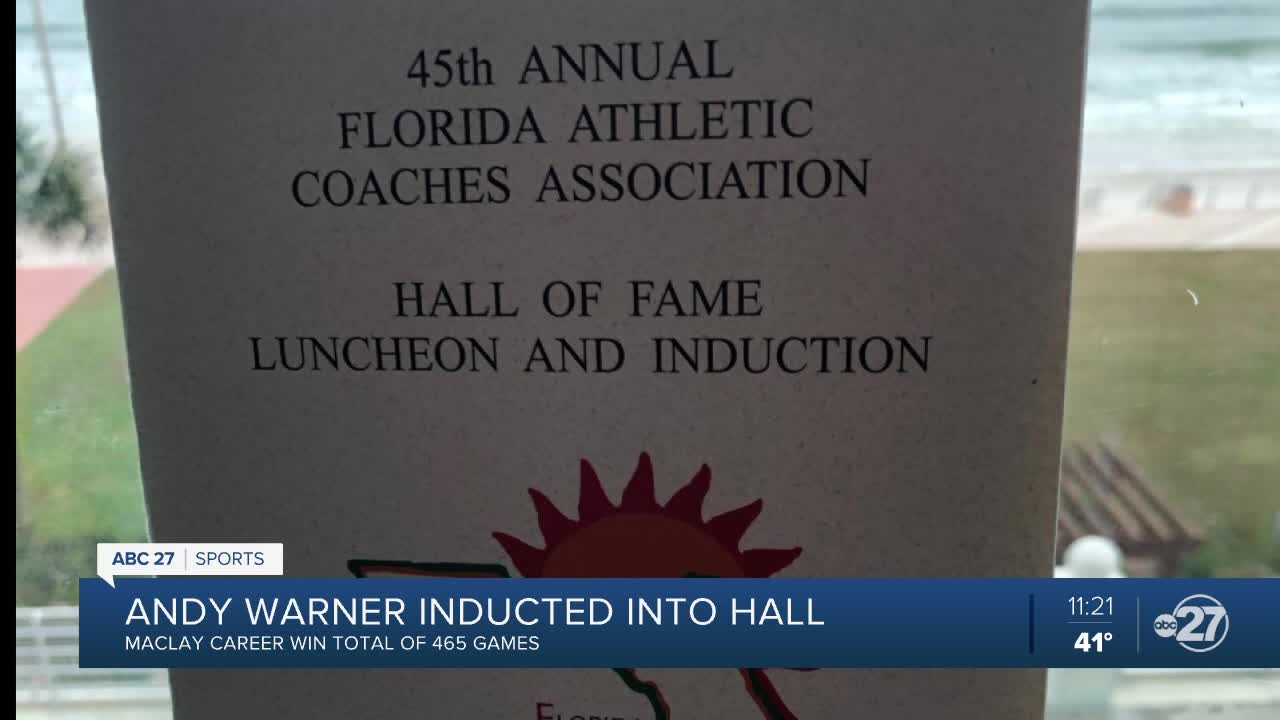 Warner was inducted Saturday afternoon for a career that has spanned more than 40 years in the sport of soccer.

Warner took the Maclay head coaching job back in 1990 under a one-year commitment.

He’s also been named Big Bend coach of the year three times, all while spreading the game of soccer throughout generations.