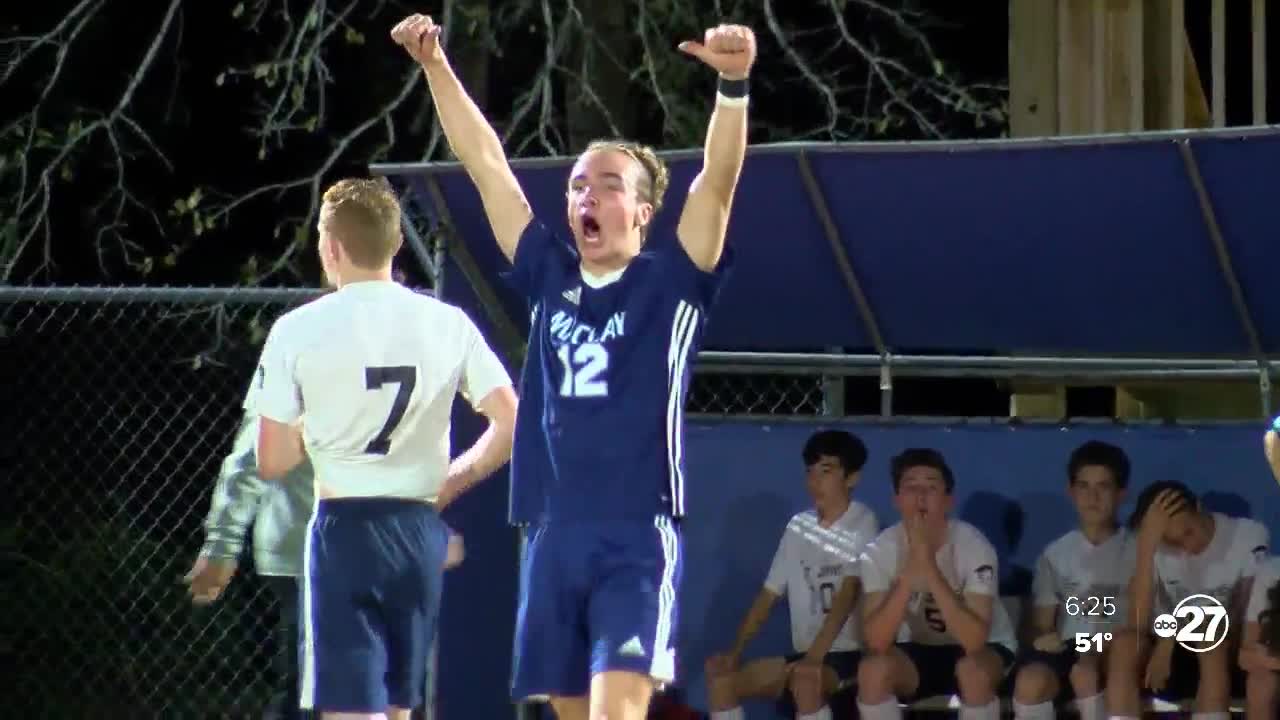 TALLAHASSEE, Fl. (WTXL) — The Maclay boys soccer team is still undefeated and now in the final four with a match scheduled for Saturday with Pine High. The Marauders are looking to do what they have not done since 2017, which is win a state title.

Maclay has been to the final four three times in the last four years. The last time the Marauders took home the crown was when the senior class were freshmen.

However, the years following that title are something head coach Andy Warner says they do not speak of since they didn't win it all. He's hoping 2020 will end up differently. "This team has got a balance of players that have already been there," explained Warner. "They've got tremendous experience in playoffs, and we've had some new players that have joined the team that have really made a difference. As a sports coach, you're always looking for balance and you're looking for the ability to be able to go through a season. And the depth of this team has probably been the biggest reason for our success."

Original game time was set for 7:00 p.m., however that has been changed to 6:00. Saturday's 2A State Semifinal match will be at Maclay.