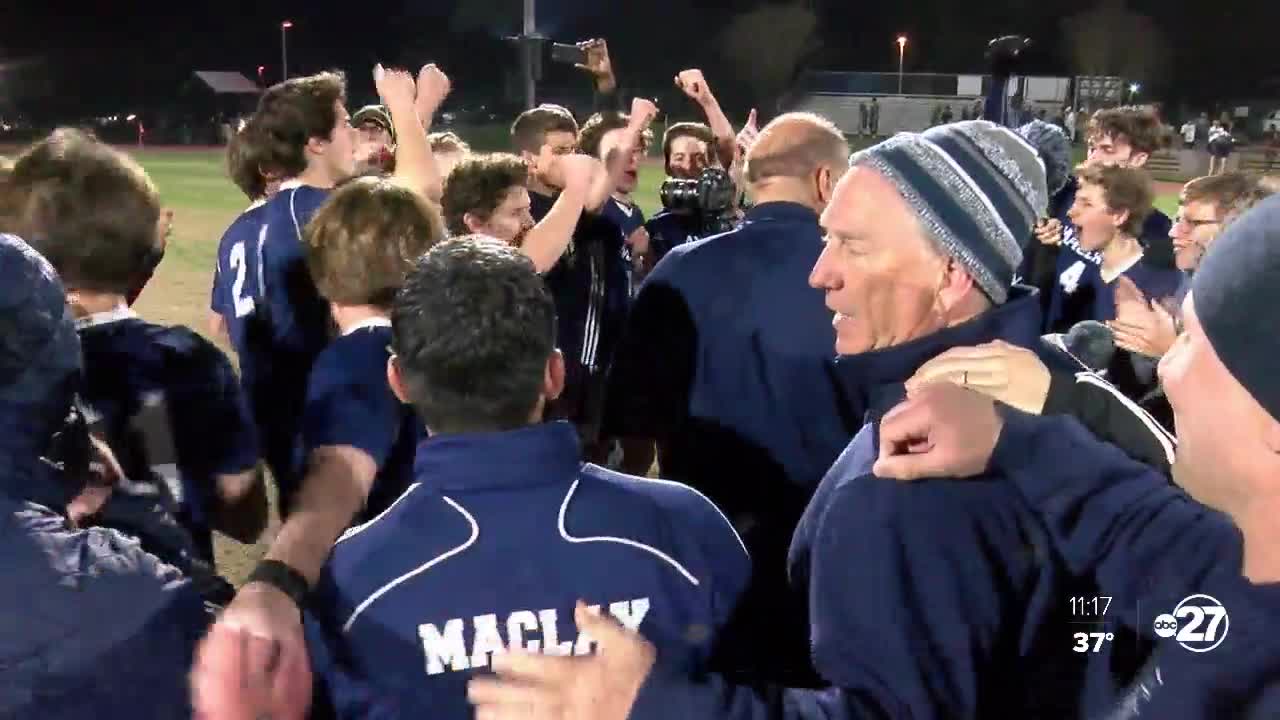 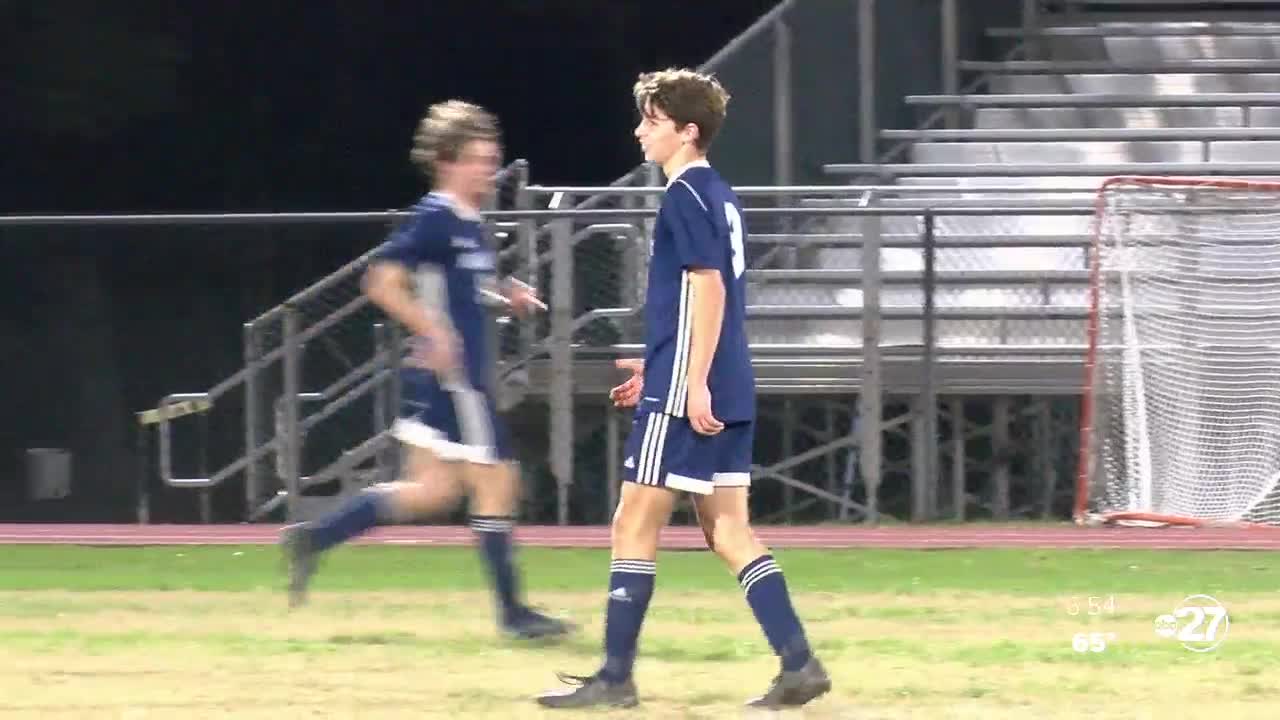 Two goals came in the first half, while the other two came in the second half, as the Marauders shut out the Knights.

Mateus Bitencourt had the first goal at 30:57. The second goal came at 29:26 by Beecher Lewis, who also scored the third goal in the second half at 35:33.

The fourth and final goal of the game came from Ryan Daunt on a free kick.

"Our goal is to be a final four participant every year," explained head coach Andy Warner after the win. "This will actually be our third opportunity to be there. You saw tonight, the passion of this team, the talent of this team. I mean, as a coach, you've got the defense and you can't say enough about our back four and our goalkeeper. I mean, we've allowed 8 goals all year which is a record in Maclay history."

Maclay's final match for this season is set for Thursday. The Marauders, a one-seed, will face another one-seed in Shorecrest Prep.

Game time is set for 1:00 at Spec Martin Stadium outside of Orlando.