One had a kidney transplant, the other two are still waiting for theirs. 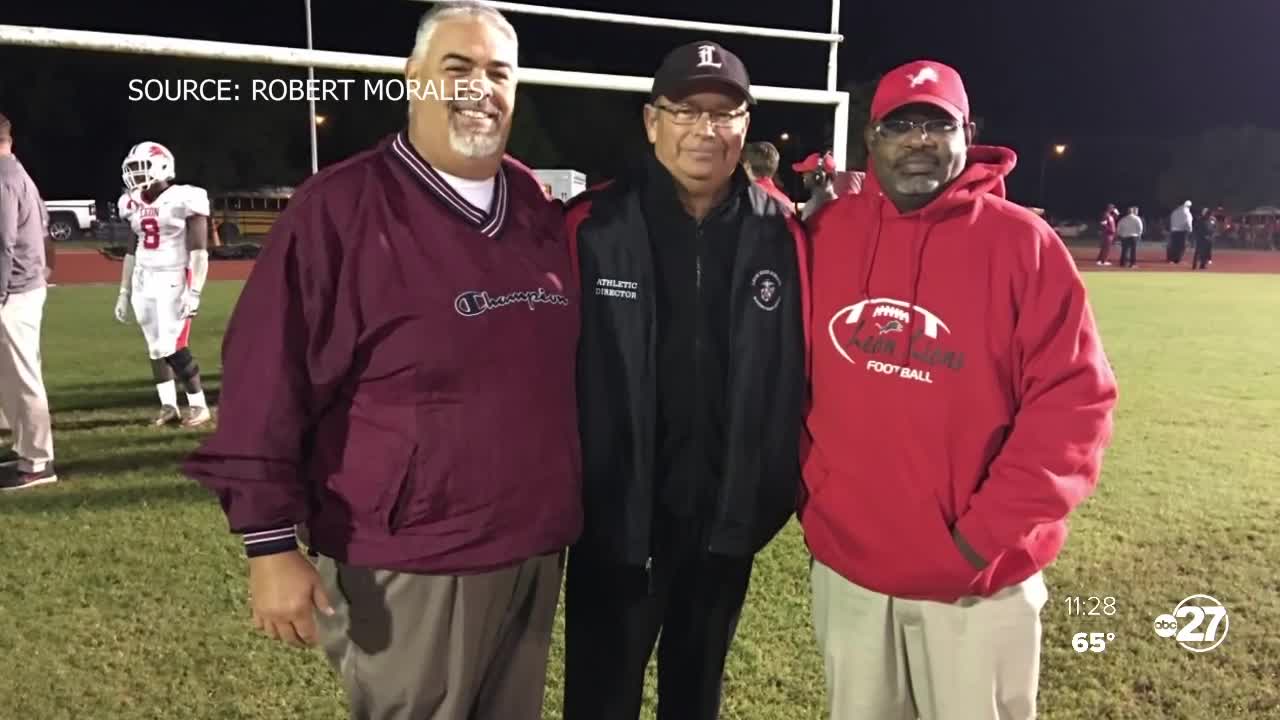 April is National Donate Life month, and as the month come to a close there are currently 112,000 waiting for an organ, 94,000 just for kidneys. Two of them are Leon High football coaches.

TALLAHASSEE, Fla. (WTXL) — April is National Donate Life month, and as the month come to a close there are currently 112,000 waiting for an organ, 94,000 just for kidneys. Two of them are Leon High football coaches.

Three Leon High School coaches are all too familiar with that journey and thankful to have each other to go through it with.

There's something special about being a Leon Lion.

"There might be days when you're just not with it," said Adolph Toussaint. "They're there to pick you up."

"Leon's always kind of been a unique family-type, we like to think," Mark Feely said.

That family-type couldn't have been more apparent for athletic director Mark Feely than last year when, after six years of waiting, he finally received a kidney.

"I have a granddaughter that I'm able to visit now and watch grow up," said Feely. "They sent a video the other day of her walking. Those are things that extend your survivor-ship."

Feely received the gift of life. The two other Leon coaches are still waiting.

Morales and Toussaint are assistant coaches for the Lions football team. They're also two of 94,000 people nationally who are waiting for a kidney.

"There are some hard days, but you do what you can."

What they're doing now is dialysis.

Morales has dialysis at home, every night, while he's sleeping. Toussaint has it three days a week.

It's a scary journey, but one they're going through together.

"Once you start feeling better, it's like, 'Thank you God for dialysis,'" Toussaint said. "You have that support system of everyone that can relate to what you're going through."

"I'd catch Adolph on the tail end of his treatment, it always made me feel better you know," said Morales. "Whatever it might have been, it's just someone who can identify with you, someone that knows what you're going through. You're both going through the same thing."

It's a thing that no one wants to go through. For Morales and Toussaint, it's life until the phone rings that a donor has been found.

"I think everyday, when is Adolph going to call me and say, 'Hey man, I got the call!' You know what I mean? It's gotta be in order right?! He's first," said Morales. "Those are the things you hold on to."

Until that phone call comes, they have each other, and Feely, to lean on.

"We are looking forward to when it's their turn, and when that phone call comes, and it'll come like mine did at 12:30 in the morning," said Feely. "Can you be here in two hours? The answer is yes. I had my bag packed and I was ready to go. I know they have their bag packed for when that time comes."

"It's in the closest," Toussaint said. "It's ready. The support structure of it is just fantastic. I don't know where else I would go."

The average waiting time for a kidney is three to five years.

For more information on how to register to be an organ donor in the state of Florida, click here. In Georgia, click here.