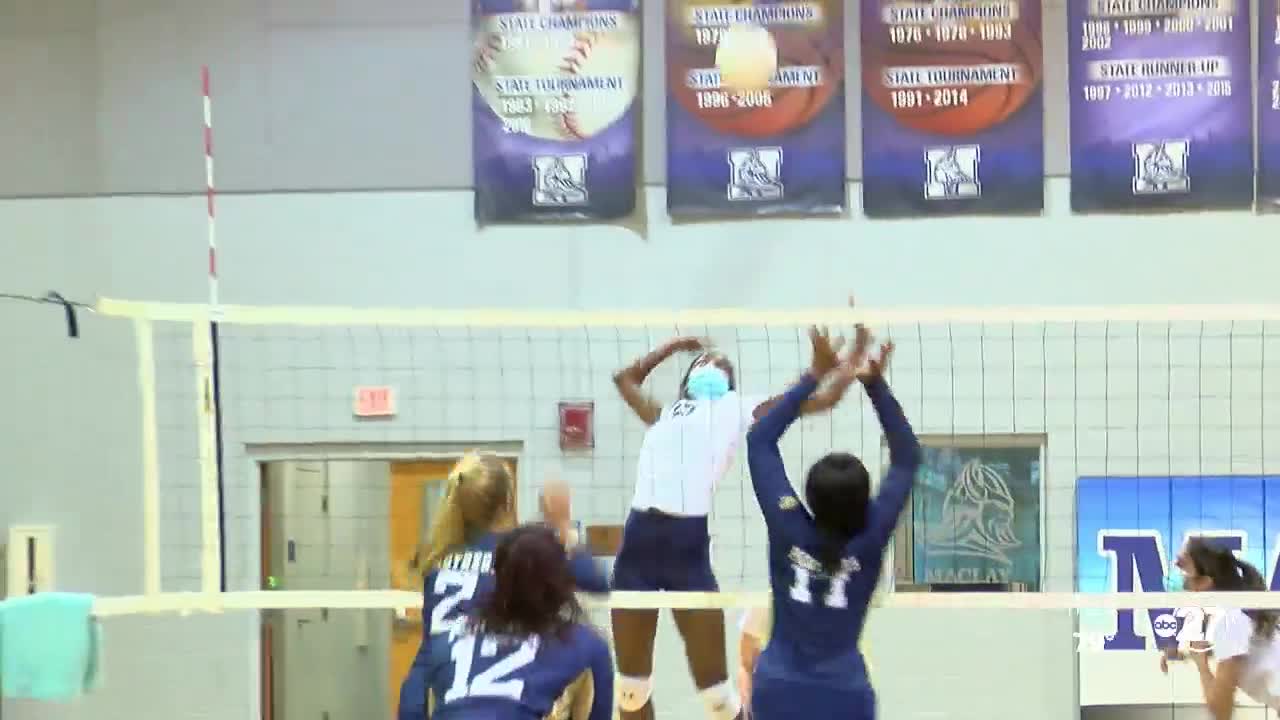 High school volleyball finally got going in Florida with Maclay hosting Saint John Paul II in their first game of the 2020 season.

Former Leon stand-out Daijah Washington is the new head coach of the Marauders.

The home team took the first set, and in the second set was up two.

Amelia Haggins widened that lead a little bit, slamming it home making the score 18 to 15.

Maclay took the second set and the third, but the attack from Aimee couldn't be handled.

The Marauders can end any threat.

Maclay got the third set win, claiming the sweep.