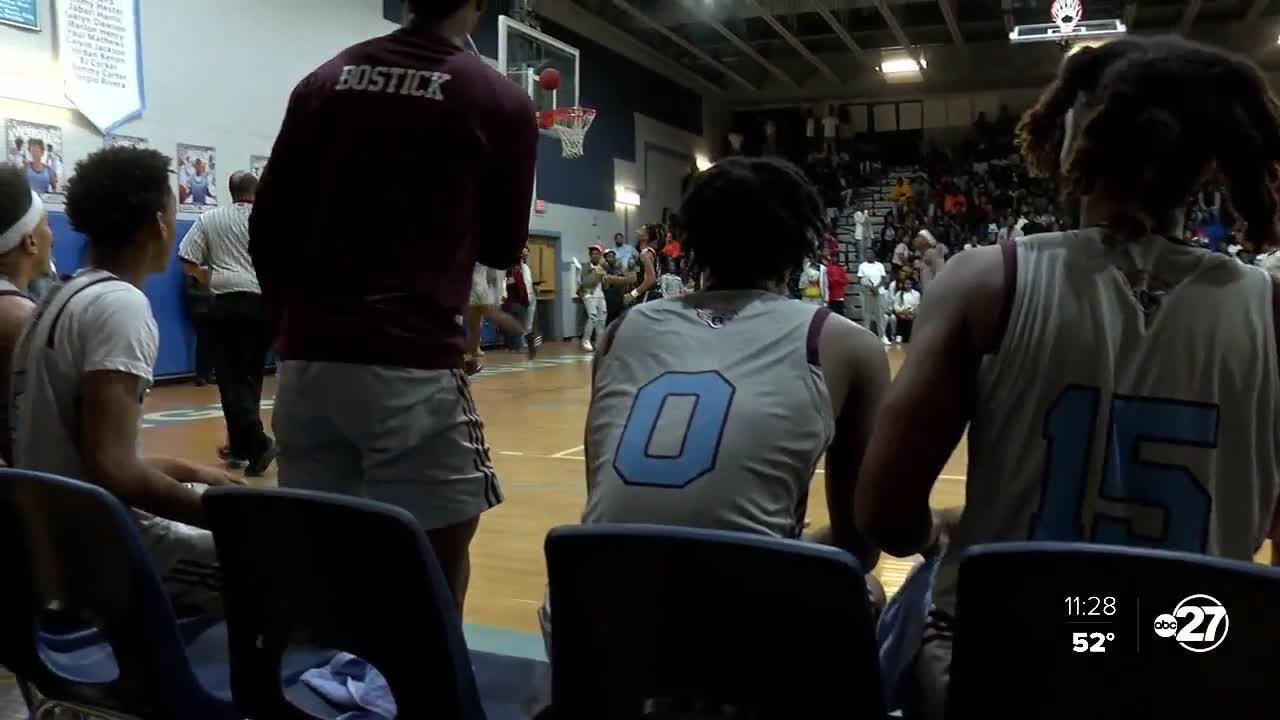 TALLAHASSEE, Fl. (WTXL) — HAVANA, Fl. (WTXL) - Gadsden County played host to Crossroad Academy in boys basketball Friday night. It would be a somewhat even contest for the first half, but eventually the Jaguars would take complete control over the second half and run away with the 86-52 victory over the Scorpions.

In his first year as head coach of Gadsden County boys basketball, Steve Cherry said he had only heard about this rivalry. "Last year, I heard about the rivalry. Standing room only," said Cherry. "So I knew the atmosphere was going to be crazy, a hostile environment. All week, we spoke to our guys about being poised, being under control, don't let the moment be too big for them, and I thought they did a great job of that tonight."

Up next for Gadsden County is a home game against Marianna on Jan. 30.

Crossroad Academy's next game will be at home against Blountstown on Jan. 28.

To girls basketball at Florida High School. The Seminoles hosted Pine Forest Friday evening. This one would also be a neck-and-neck contest with the Seminoles leading by just three points at the end of the first half. However, Florida High would take control for the 69-53 victory.

Up next for the Seminole girls team is an away game at Rickards on Jan. 25.