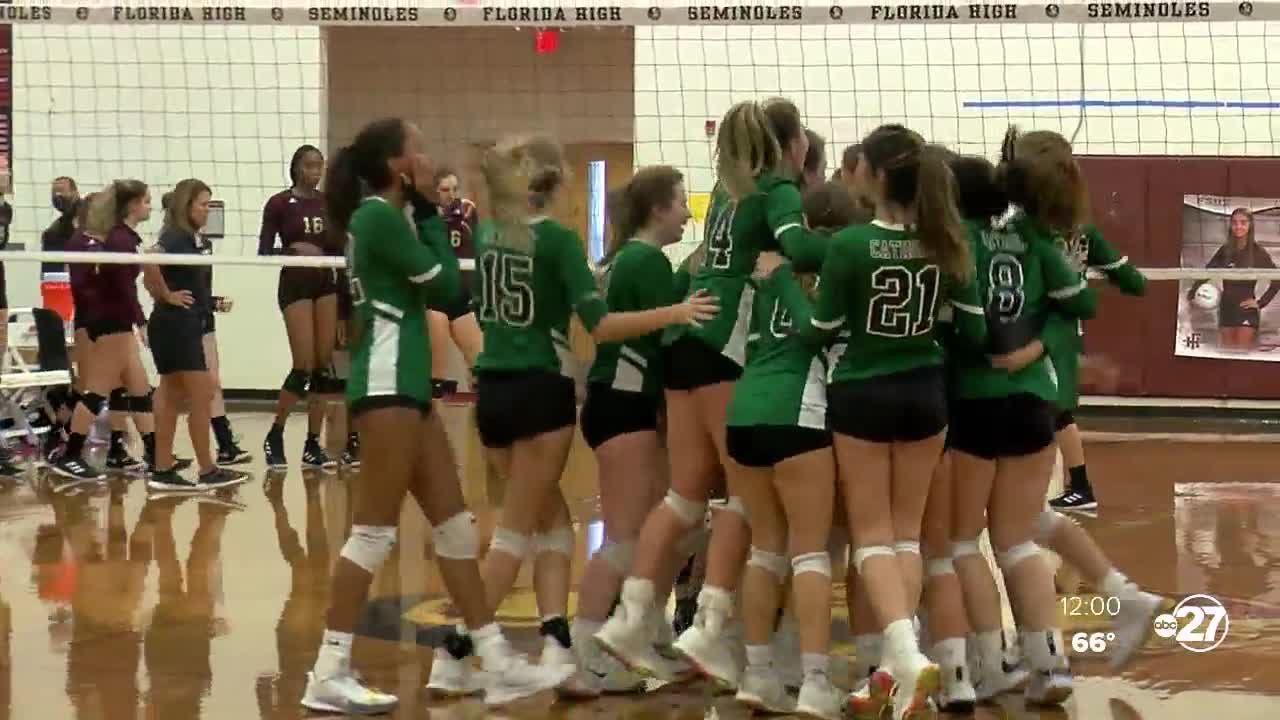 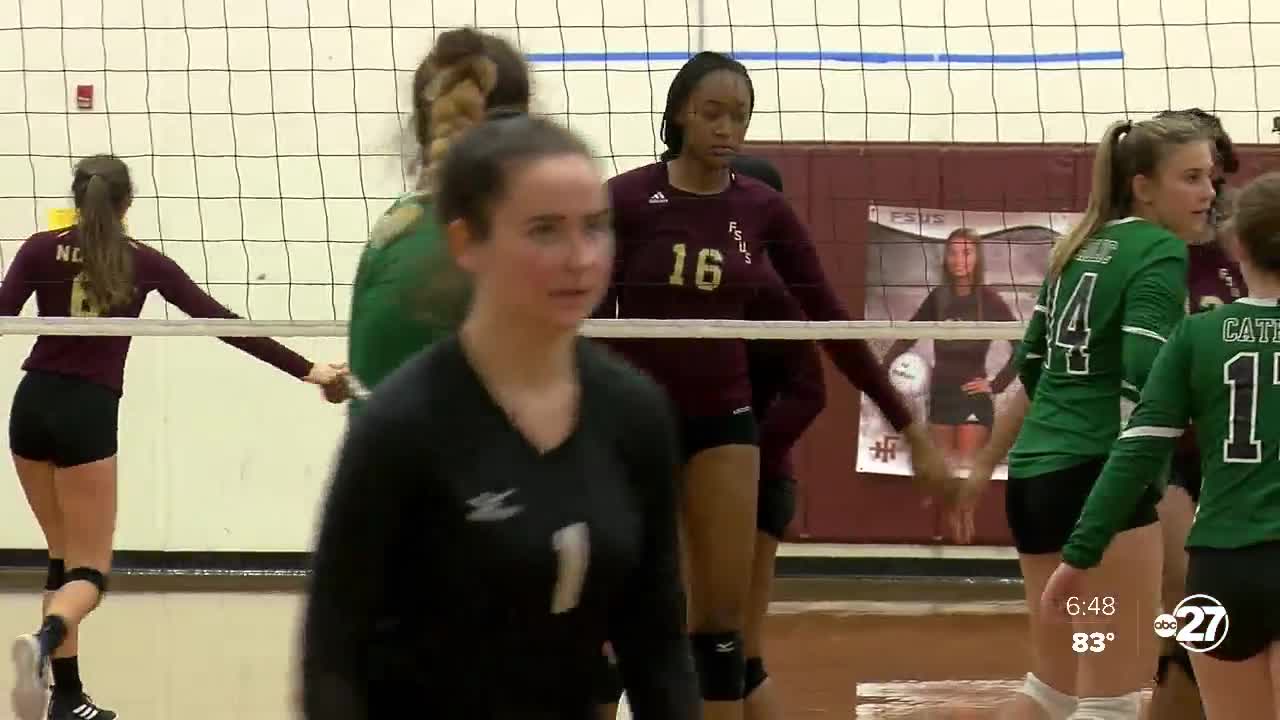 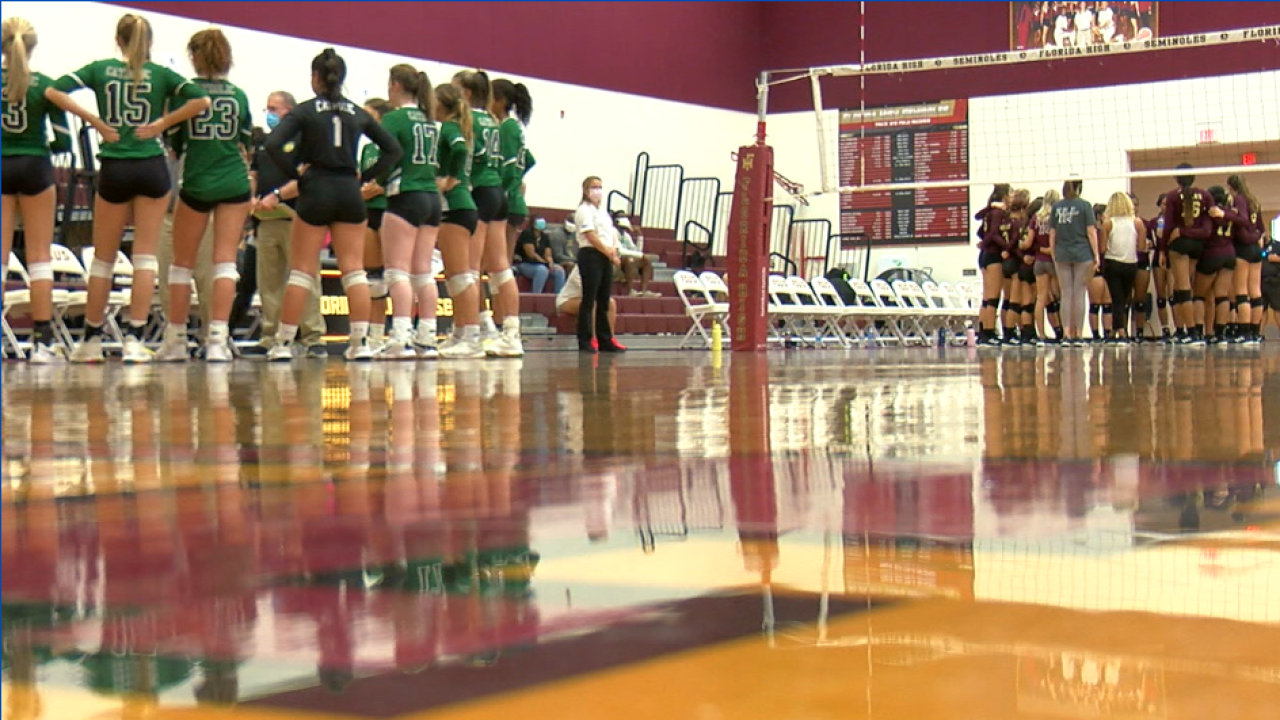 TALLAHASSEE — Overcoming almost two weeks of not playing any sort of volleyball while in quarantine, the Florida High Seminoles found themselves one win away from a district title. The only thing standing in their way? A very talented Pensacola Catholic team.

So down 2-1 head coach Sheila Roberts got her team to dig deep and roar back with a dominating fourth set victory. With momentum clearly on their side the Seminoles found themselves 15-points away from that district title.

However today was not the day for that story-line. Pensacola Catholic jumped out to an early lead that proved to be too much for Florida High to amount a comeback as the Crusaders took home the fifth set and the district title.

“I’m very disappointed, I felt like with such a dominant win in the fourth set the momentum should’ve carried over to the fifth set," said Seminoles head coach Sheila Roberts. "And instead we gave up three consecutive points early in that fifth set. It is just disappointing, we’ll go back and prepare. We have a very good team, but you have to execute at the end of the day and today we certainly didn’t.”

Florida High does however still qualify for the state tournament despite the loss.