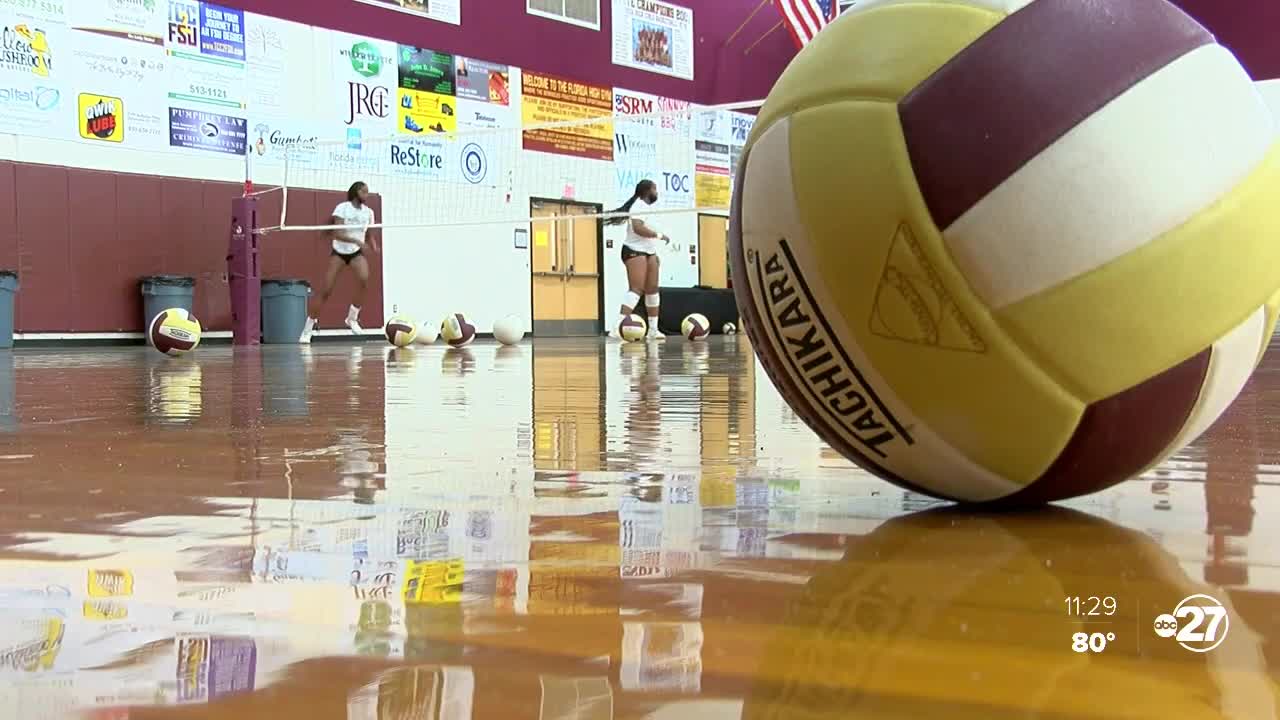 The Florida High volleyball team has fallen in the Regional Finals the past two years, and the Seminoles are tired of being one of the eight teams standing. They want more, and this year they're determined to get over the hump.

TALLAHASSEE, Fla. (WTXL) — The Florida High volleyball team has fallen in the Regional Finals the past two years, and the Seminoles are tired of being one of the eight teams standing.

They want more and this year they're determined to get over the hump.

"Two years in a row we've lost those numbers, 11 to 15," said Mya Goodson, a senior at Florida High.

"We're trying to break this curse of 11 to 15," said Khori Louis, a Florida High senior.

"Enough is enough is what I say," said Sheila Roberts, the head volleyball coach at Florida High.

The final score of the fifth set in back-to-back Regional Final appearances for the Florida High volleyball team was 11 to 15, a score that has kept them out of the State Final Four.

"I want them to be reminded of that loss," Roberts said. "It was painful both times and not necessary."

"Everyone knows that we can do this," said Keionna Mackey, a Florida High junior. "We just have to do it for ourselves. This is definitely going to be the year we'll be doing that."

From experience comes confidence, and the Seminoles are hoping the third time's the charm.

"It affected us last year," Louis said. "It was a little pressure on us. Now we know what to do. It'll come easy and we just have to get there."

"This will be our third year, hopefully, making it to the Regional Finals," Goodson said. "Hopefully we will be prepared and we'll be putting ourselves in practice in those pressure filled situations so we will know how to react and be calm."

For the Seminoles, practice makes perfect.

"I think this team is going to surprise a lot of folks," Roberts said.

A surprise they look to pull off to move from Elite to Final Four and, hopefully, a State title.

"We've been trying to take advantage of every moment because, just like that, it can be taken away from us," said Mackey. "This year we want to focus on not having that score again, and going in head first."

"Talk is cheap," Roberts said. "What are you going to do and how is this team going to look? What's your personality going to be? We spend a lot of time talking about that and the culture we want to create."

They're creating a culture of winning and never falling short again.

Florida High has never won a State Championship in volleyball. They were State Runner-Up in 1990, their first and only appearance.