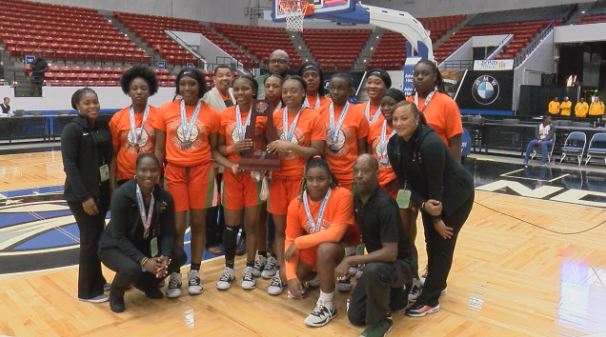 LAKELAND, Fl. (WTXL) — The Baby Rattlers of FAMU DRS are going home as runner-up of the Class 2A State Championship. They fell to Florida Prep Friday afternoon 66-45.

FAMU DRS made it to the finals after a win over Keswick Christian. But come Friday, It would be all Falcons just about the entire game. From tip to the final whistle, the Baby rattlers could not keep up with the pace of the top-ranked Falcons.

The rattler girls go home with a 17-8 final record for the season, and while the state championship did not go the way they had hoped, FAMU DRS head coach Ericka Cromartie said she cannot be anything but proud of her team.

“They played with heart all year," said Cromartie. "We might not have been the best, talented team, but we had the most heart. I am proud of them. To come up short to the #1 team in the state, hey it happens sometimes. But, I’m still proud of the fact we made it this far.”

DRS' LaTeesa Taylor led all scorers with 16 points in the state title game.