Family through football: Coach D and the Hendersons 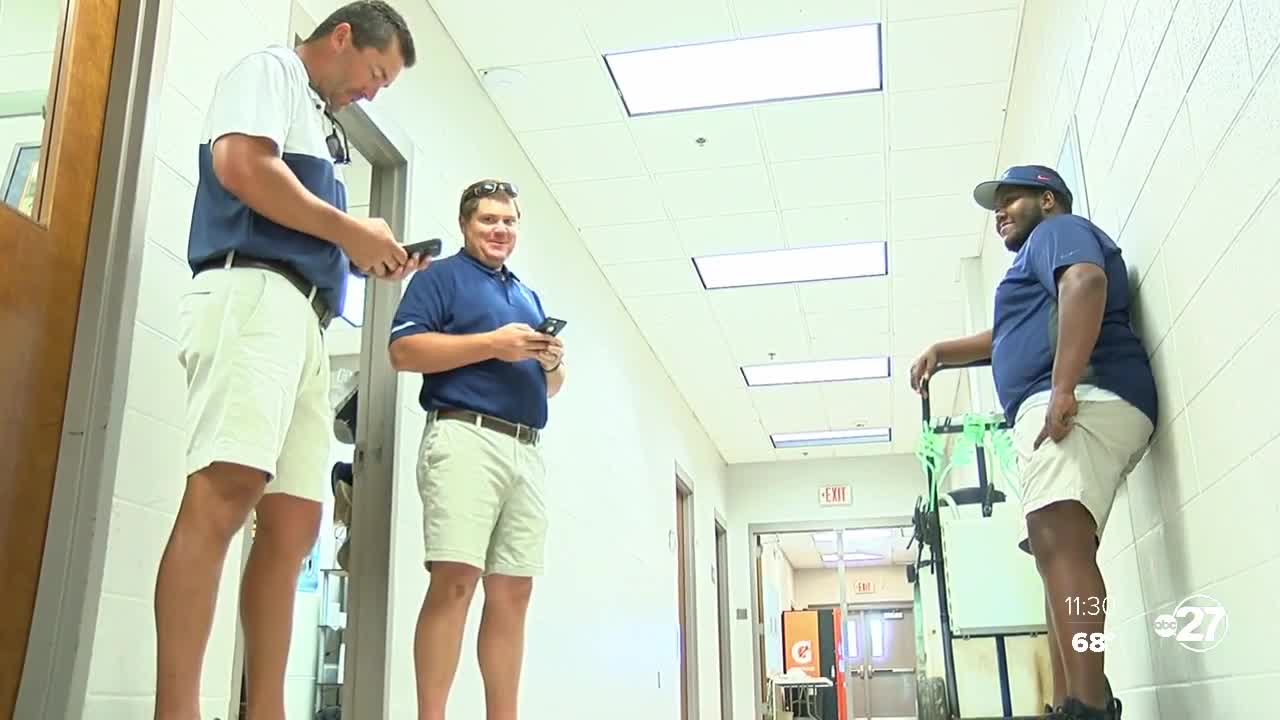 Who you consider family doesn't always mean blood relation, and that's especially true in athletics. Teammates become brothers and sisters and bonds are built that last a lifetime.

The bond between Valwood coach Justin Henderson, his brother Ashley Henderson who is the head coach at Thomas County Central, and Dantarius Brown goes back almost a decade to Valdosta High School, when Brown was just a student looking to help.

Dentarius Brown's story of becoming a football manager started a decade ago in an eighth grade classroom.

"I went in to visit his class, or read to his class, or something like that," said Justin Henderson. "And he was there and said, 'hey, I'm going to be at the high school next year, can I be a football manager?'"

"On the first day of school, he asked if I wanted to help," Brown said. "I brought my clothes."

"He had this bag of clothes, and it didn't take long for him to come into his own," Justin Henderson said.

"He said, 'Come to practice today,'" said Brown. "The rest is history!"

A history that's earned him the name Coach D, and moved from Valdosta to Valwood.

"I had a big decision to make," Brown said. "I went to the players the next day at Valdosta. I said I'm going to Valwood to be a manager, man!"

"He had one more year of high school left," said Justin Henderson, "and my dad would actually wait at his bus stop and drive him over to Valwood."

The move to Valwood earned him honorary stripes as a Henderson.

"Me and Justin went to his graduation," Ashley Henderson said. "Christmas time around here, a bunch of parents get together and give him gifts because he's become a part of everybody's family. I don't think he's ever met a stranger."

"It means a lot," said Brown. "I thank them almost everyday to be a part of my life."

It's not just football Coach D manages, it's every sport, and it's what earned him a letter jacket earlier this year.

"His jacket is covered in patches," said Justin Henderson.

"He's got two rings, couple managers of the year, he might be the GOAT in manager-ing," Ashley Henderson said.

Coach D is a manager, a friend, and a teammate.

"These kids that graduate from here will talk about Coach D for the rest of their lives," said Justin Henderson.

Coach D holds many titles, but his favorite is family.

"If it wasn't for them, I wouldn't have rings, no letterman jacket, no nothing," Brown said. "I really appreciate it. They treat me like a brother, and I treat them the same way."

A quarter they met in a classroom 10 years ago.

Coach D has been a part of two State Championship football teams at Valwood, the first one in 2015 is something he said he'll remember forever.