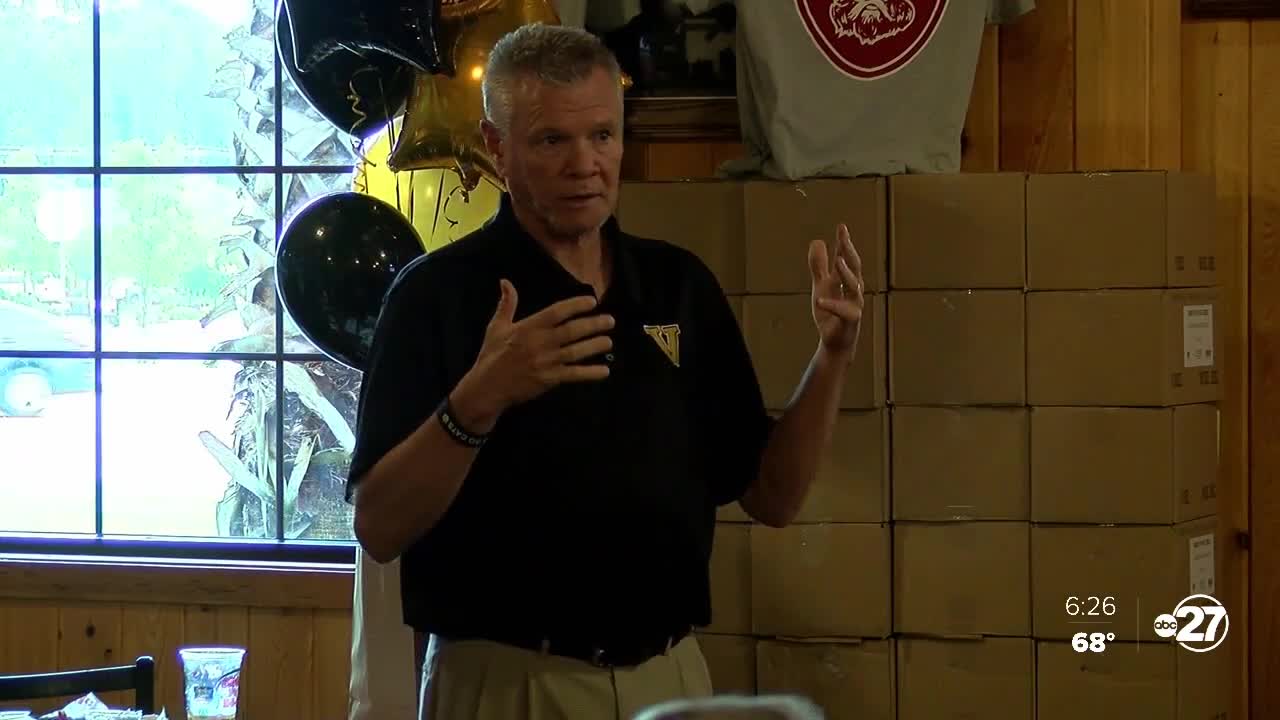 There's always been a buzz about football in Valdosta and that buzz louder than ever with both Lowndes and Valdosta High Schools boasting new head coaches; and the expectations at both programs may be higher than ever.

LOWNDES COUNTY, Ga. (WTXL) — There's always been a buzz about football in Valdosta and that buzz is louder than ever with both Lowndes and Valdosta High Schools boasting new head coaches.

The expectations at both programs may be higher than ever.

Fans of the Valdosta Wildcats got to hear from new Wildcat head coach Rush Propst himself at a luncheon hosted by iValdosta, a media group that covers all sports in the city.

Propst said he's excited to be the head coach of the Wildcats and wants to retire from coaching in Valdosta.

He also said the pandemic has made the transition tough. He has yet to meet all of his team and they're way behind schedule, but Propst said Wednesday he was just happy to be out of the house.

He's confident that when things do get going again, they'll adapt and get done what they need.

"Football is built in January, February, March, April and May," said Propst. "We missed all that. It's very weird, it's the first time in my coaching career I've taken over a program this late and not been able to get to my team quick. We've got a plan, hopefully it works. What's important is playing good football in November. Mid-October, November and into December. That's when we need to be at our best."

Propst said the word is high schools in Georgia may be able to get back to some type of normalcy by June 1, but that has not been confirmed by the Georgia High School Association.

Wednesday's luncheon wasn't just about meeting Coach Propst, it was about helping Wildcats and Vikings, proceeds going to the Feed the Cats and Feed the Vikes campaigns.

Each program's respective nutritional programs are helping out a local restaurant, part of the big reason why Wednesday was so important.

Davis said he plans to do more of these luncheons in the future.

Lowndes coach Jamey Dubose was set to be there, but had a family emergency where he had to leave town.