Chiles boys golf looks to go back to back at State 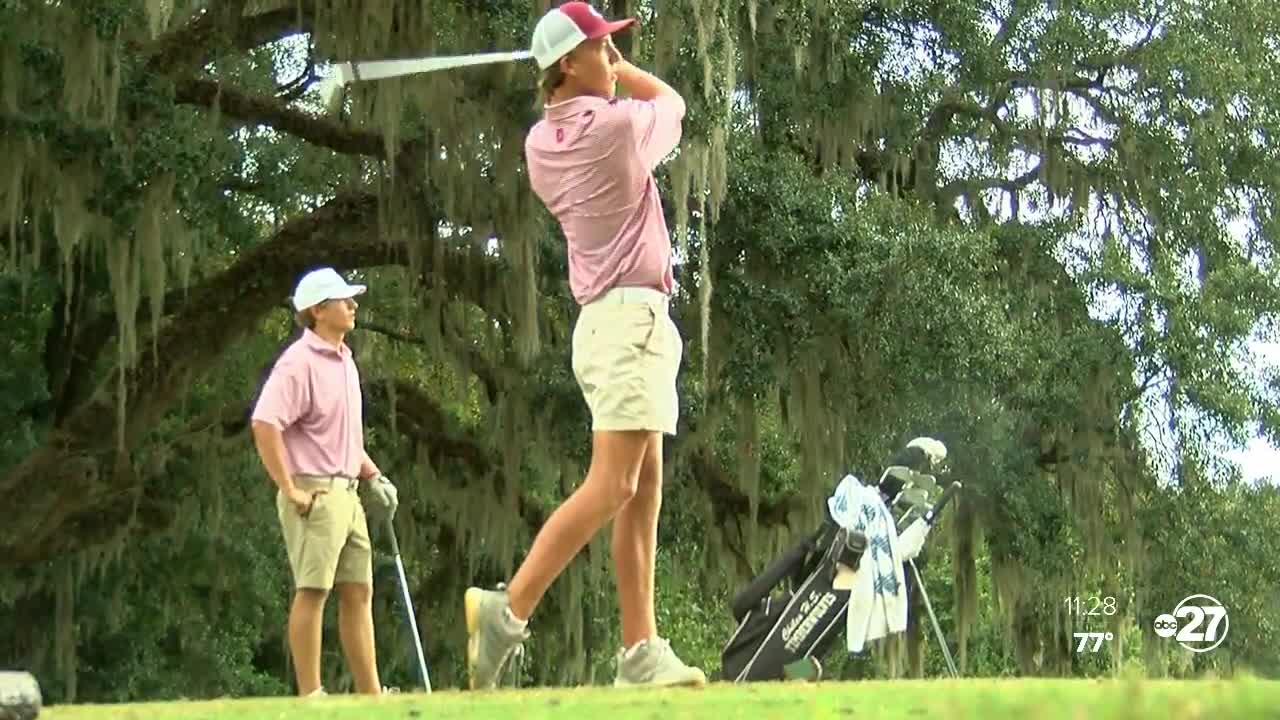 The Chiles High School boys golf team won their first state title last year, the first in the area since Lincoln in 1977.

The target on their backs is even bigger but it's something this group is used to and say they thrive off the pressure and winning their first state title was long overdue.

"I know we were super excited for a very long time," said Patrick McCann, a Chiles senior.

The excitement that's turned into motivation the Timberwolves, are looking to repeat.

"We were even more excited coming into this year knowing we've been there and able to do it," Jake Springer said.

"We're rounding into form, we're peaking at the right time, and we know we can do it," said McCann.

"We want nothing more than to go back to back," said Springer. "We've enjoyed having the target on our back. We look forward to achieving our goal of getting them twice in a row."

The pressure is a familiar feeling for the T-wolves. They've won nine straight City Championships and their state title came on the heels of their ninth appearance at state. It's a feeling they've learned to embrace.

"We know who out team is, we know who we have, and we know we have the capability to do it again," McCann said.

Cool, calm, and collected all the way, to another title.

"Excited, for sure," said Springer.