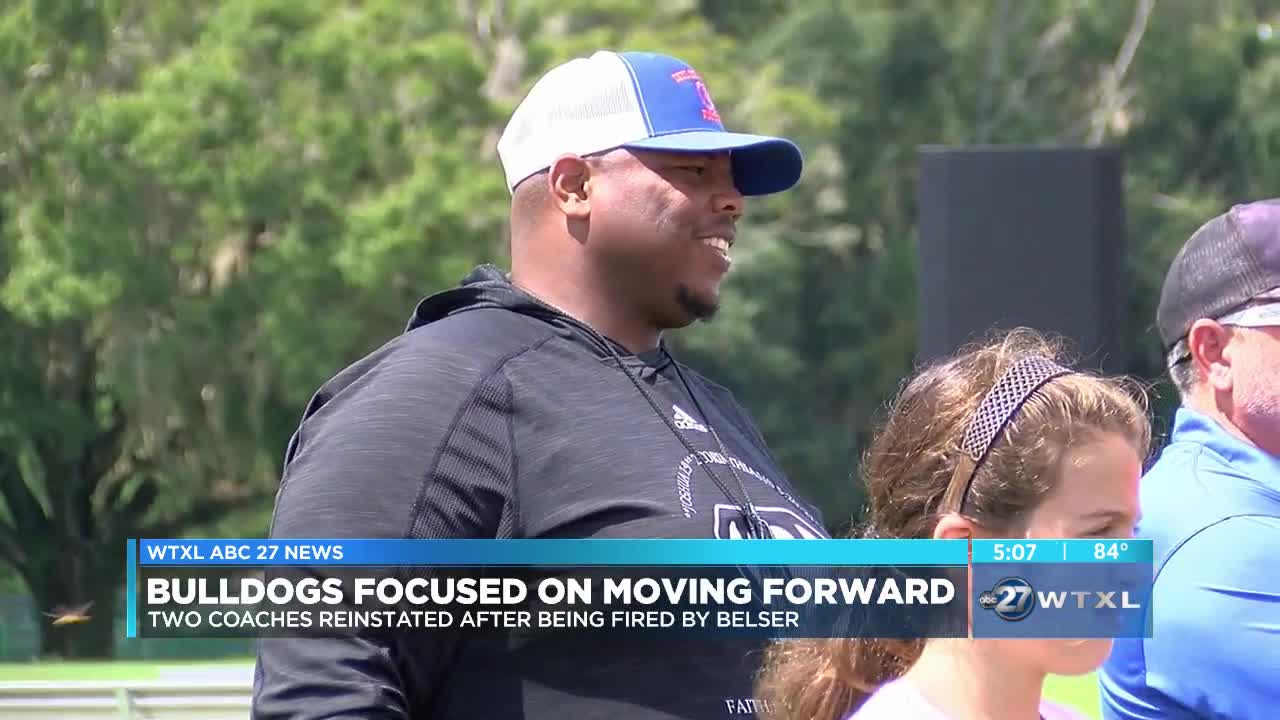 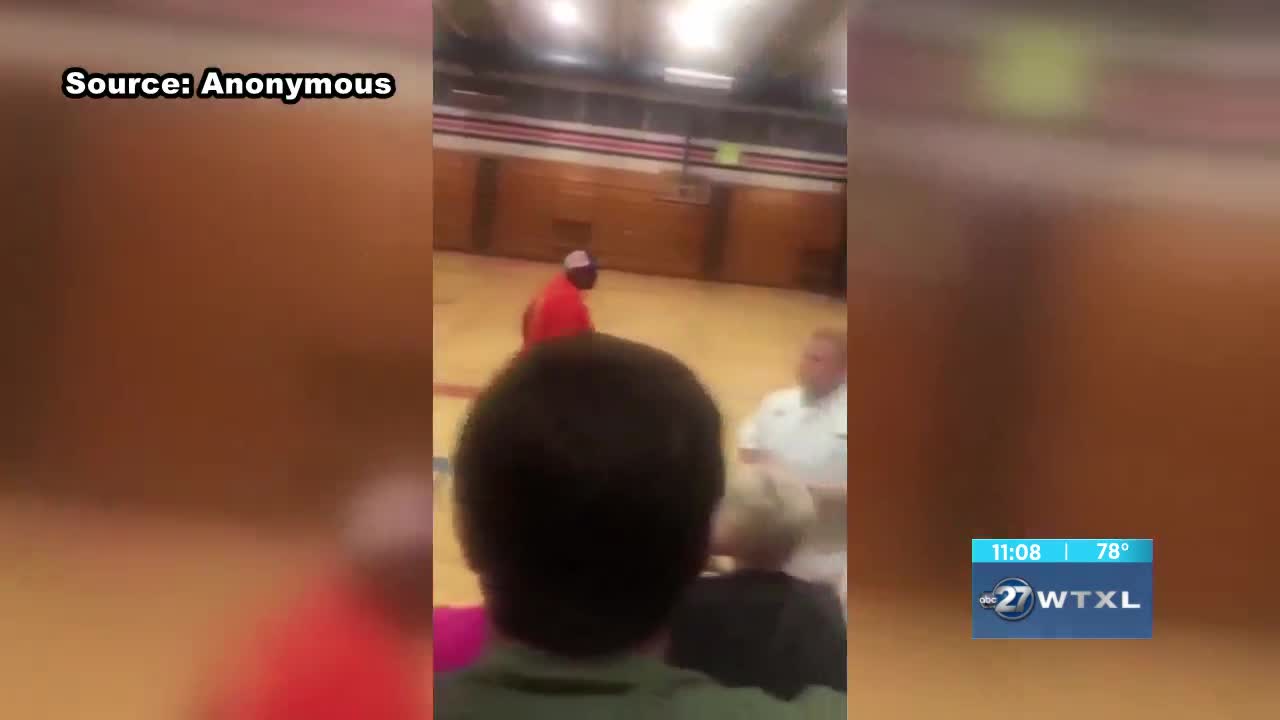 An interim head coach for the bulldogs is expected to be named sometime on Monday. Glover said over the phone that this situation is not something any one would ever want to go through. "It's been tough on the entire district," said Superintendent Glover. "The timing is not good. But, these kids are resilient, they rally, they want to play football. I know this morning at workouts, they had 55, the most they had all year. So, that's a good sign for us moving in to today."

Superintendent Glover will act as interim head coach for Taylor County football. Ed Harvey will be the associate head coach.

Maurice Belser was hired two months ago as Taylor County's head football coach. However, just weeks later, he has resigned, after parents and players aired out their concerns at a meeting Sunday night.

Video obtained by WTXL from an anonymous source shows Belser walking out of the meeting, which was held Sunday evening, and people in the stands cheering as he made his way out. According to WTXL's source on the matter, the situation between Belser and parents and athletes has been building for weeks. The source explained that many called, what Belser was running, a "dictatorship."

Several parents and those close to the football team listed specific example they feel fell out of line. One parent said that Belser tried to tell Robert Glanton he was ineligible to play in Friday's preseason game against Chiefland because he didn't attend enough hours of school this week. Glanton has a 4.4 GPA and takes classes off campus. Glanton proceeded to call the FHSAA, and the organization told him that rule didn't exist. Glanton then confronted Belser and told him he knew he was lying. During the pregame meal before the Chiefland game on Friday, the Bulldogs kicker went to get his cleats from his mom in the parking lot. Besler reportedly told him to get his stuff and leave. The majority of the team tried to get their stuff and leave, but several assistant coaches covinced them to play.

The source also told WTXL that players had a player-only meeting last week and eventually met with Belser to try to find a middle ground, however, a compromise was not reached.

On Sunday night, before the 6:00 o'clock meeting, Belser allegedly fired two assistant coaches. WTXL's source said that people were outraged by the firings because the players loved the assistants. Many people spoke at the meeting Sunday night, including multiple players, who allegedly said they would not play football for Taylor County High School if Belser was the head coach. That is the moment Belser walked out of the gym.

WTXL has reached out to Belser for comment on this situation but have yet to hear back.

WTXL will be headed to Taylor County on Monday, Aug. 19 to speak with Superintendent Donald Glover to figure out what is next for the team as well as who could become the new head coach or interim head coach.

As far as the football schedule is concerned, according to a press release by Charles Finley, the Principal of Taylor County High, the schedule will remain in place.