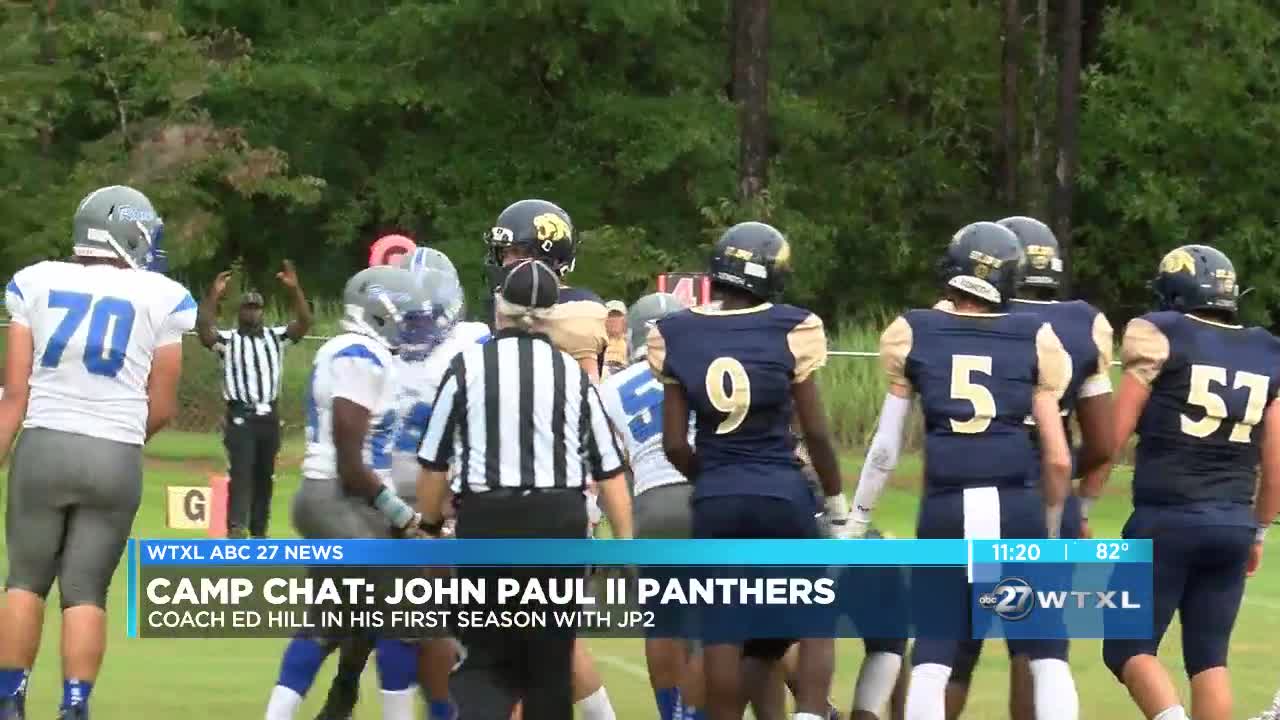 TALLAHASSEE, Fl. (WTXL) — The 2019 season for the Panthers of John Paul II Catholic High School will be led by a new coaching staff. In 2018, JPII did not win a game, going 0-9 on the year. Head Coach Ed Hill is hoping this year won't be a repeat.

Coach Hill was offered the head coach position at JPII a few years ago, but he didn't take it. He said he wasn't in the position to take the job, however that is in the past, and now he's coaching. He will be coaching and training dozens of kids this fall, but there is one in particular he knows very well, his son, Bryson.

Despite being excited for the upcoming season and getting to coach his son one more time, Coach Hill explained the mental and physical aspects of fall camp. "It's a new culture. A lot of my guys, they literally just finished collegiate football. So, these guys, some of the things they are doing with these guys, is a lot. Trying to get what they're getting out of those guys right now, it's a huge mental push, and it's a huge physical push," said Coach Hill. "So, we have to change the culture right now and that's what we're doing. We're excited about it. And these guys, they're not giving up, they know what they have to do in order to be successful and they're willing to do it."

The panthers have a preseason game August 16th. The following Friday begins their regular season. They face Aucilla.