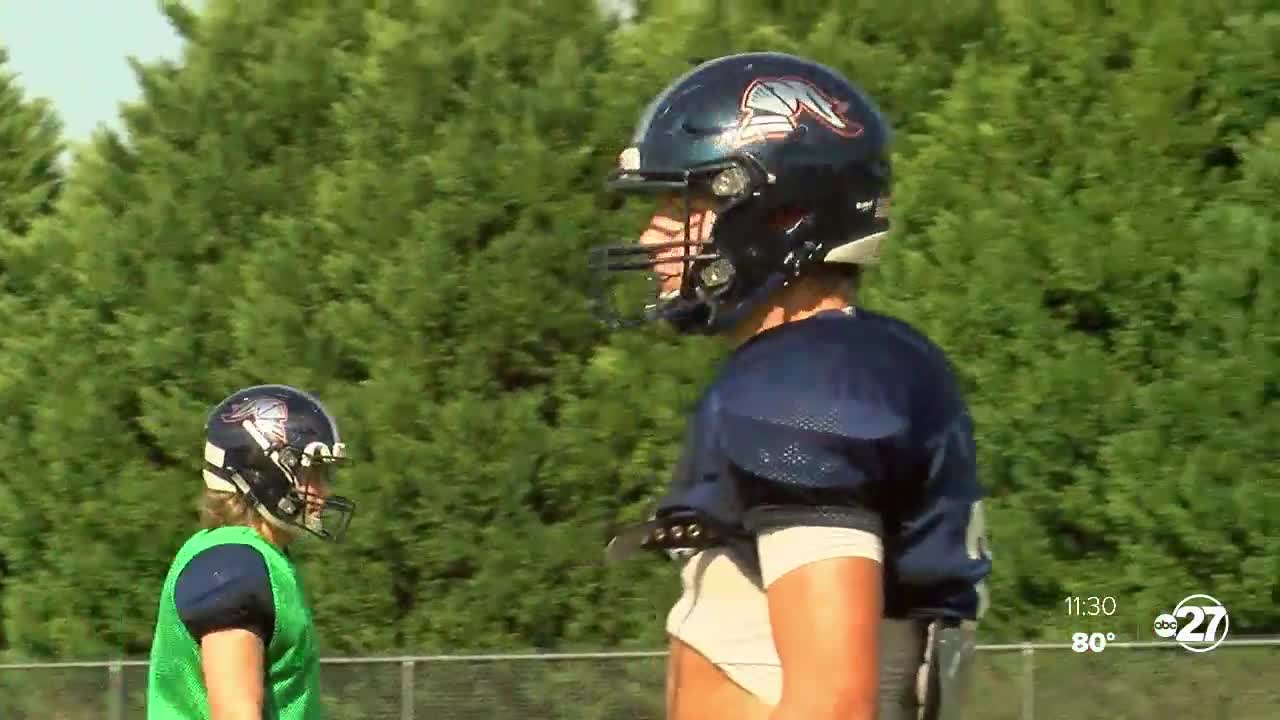 The Valwood football team is one of the most successful programs in south Georgia with three State Championships this decade. They feel confident they can bring home another this year.

HAHIRA, Ga. (WTXL) — The Valwood football team is one of the most successful programs in south Georgia with three State Championships this decade. They feel confident they can bring home another this year.

The Valiants lost four players to transfers but head coach Justin Henderson said they return about half of last year's team.

Given the pandemic's restrictions on the practice, the biggest difference in this Valiant squad is that they've spent an extra three weeks lifting than normal.

Henderson said he noticed last year that team's were more physical then the Valiants were. That won't happen again.

"It's been kind of our Achilles heel the last two years, establishing the run, stopping the run," said Henderson. "I think I've been on a record recording the past two years talking about that. Hopefully we'll be able to do it and do it well this year. I'm excited to finally, I told them last Thursday, I said guys, 'I get to wake up Sunday and break down film on another team.' They clapped and I literally got chills, we didn't know. We didn't know if it was going to happen or not."