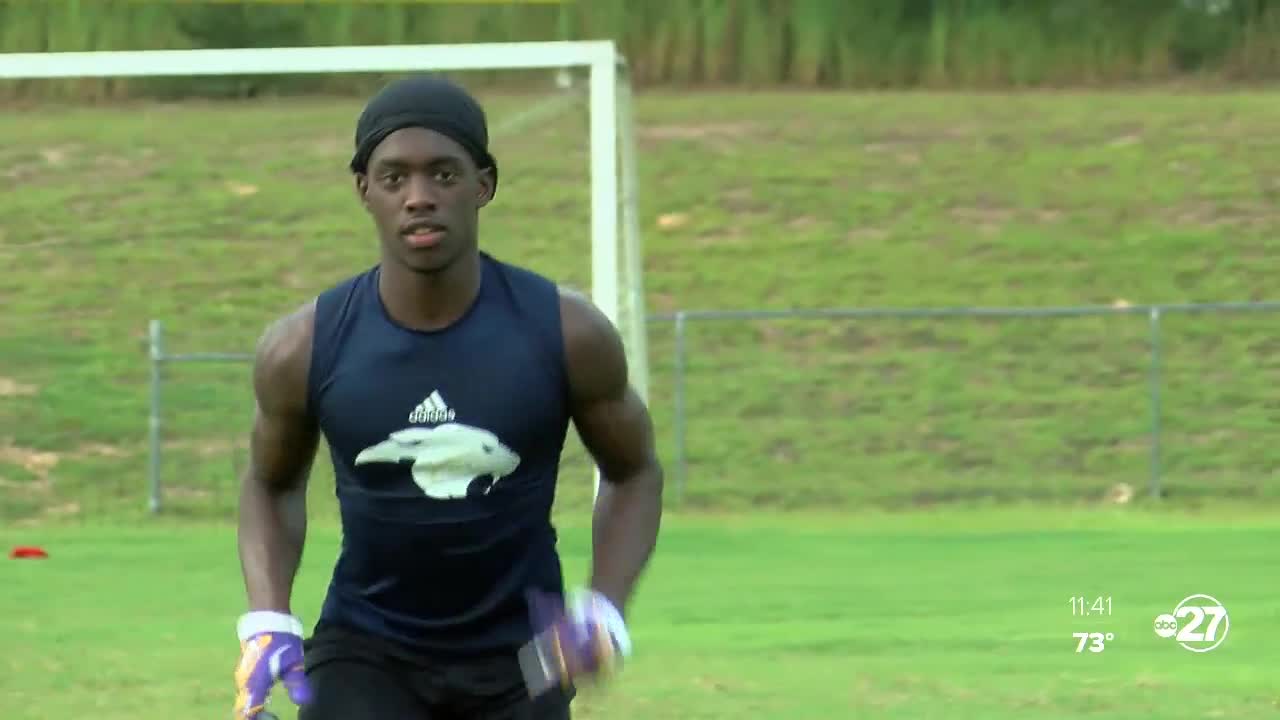 When Ed Hill took over the St. John Paul II football program last summer his goal was to make the Panthers a top-level program, a program people feared. They're building to that every day.

TALLAHASSEE, Fla. (WTXL) — When Ed Hill took over the St. John Paul II football program last summer his goal was to make the Panthers a top-level program, a program people feared. They're building to that every day.

It's a foundation the head football coach hopes paves the way for the future.

"There's some teams out here that have some history," Hill said. "We just want to be a team that people think of when they make their schedule and we're not everybody's homecoming."

With the likes of one of the top safeties in the country, Terrion Arnold, and wide receiver Semaj James the tools are there.

"As far as being a leader and coming out here with a group of young guys, we're definitely changing the culture," said Arnold. "There's a lot more athletes and impact players. It's definitely going to be a great year."

"It's our senior season so we want to go out and good and go out hard," Mike Bergstrom said. "Having all these coaches push us this hard, it's great for us to have."

Coaches that want to put the Panthers on the map.

"This year is more along the lines of we know what we did last year and we have to build on that," said Hill. "We have an expectation. We have a goal set and we're going to chase that goal."

"When I'm out in public and people say, 'I didn't hear of John Paul until last year,'" Arnold said. "Even though we had the record we had, we still went out and had a great year. We have better athletes out here. We always give each other a good look and we improve every day."

St. Paul II, like the other schools, is still trying to finalize the schedule. They do plan to start practice on August 24.